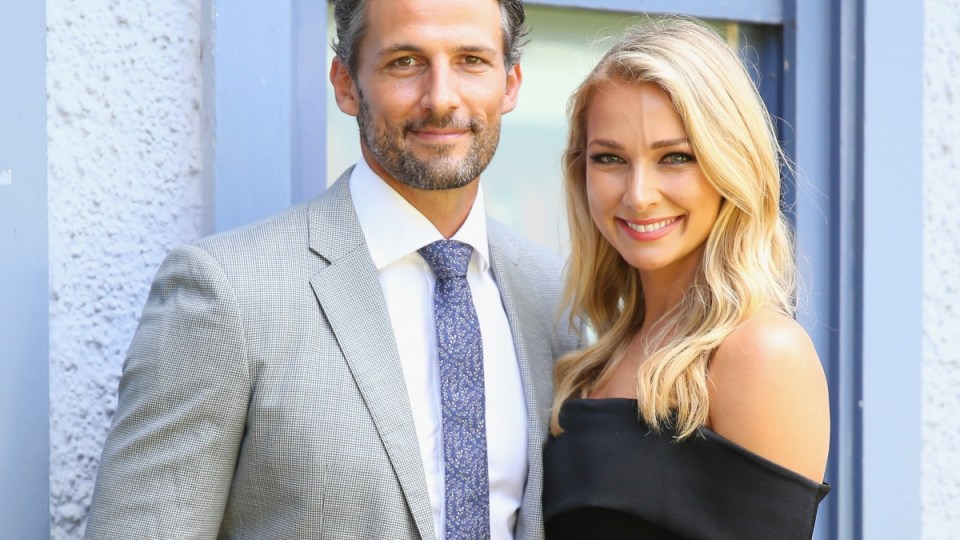 Tim Robards and Anna Heinrich have been together since the first season of The Bachelor finished filming. Photo: Getty

Former Bachelor winner Tim Robards has revealed what it’s really like on the set of the popular reality dating show, including how involved the producers are in the decision-making process.

Robards, who starred in the first season of the show, said producers would urge him to keep contestants with the most entertainment value on the series.

“In the early days and there’d be like 10 or 15 girls you think you could be friends with and then there’s going to be people you just don’t gel with at all,” Robards told The Kyle and Jackie O Show on Thursday.

“We’d have a chat and they’d go, ‘This person is giving us really good TV so we’d love to keep them on, would you mind?'”

Robards met his current girlfriend, lawyer Anna Heinrich, on the show and they have been together ever since.

“[We’ve been together] three and a half years,” he revealed.

“She will say four but then I remind her I was dating other women.”

When asked by Kyle Sandilands whether he’d slept with any of the other women while on the show, Robards responded with a definitive ‘No’.

“I just thought at the end of the day you’re going to have to explain that to your missus,” he said, adding it would be unusual to not have some idea of who you’d like to end up with.

“As a guy you have those urges – three months of no sex – but you’ve just got to think with your brain and your heart a little more and exercise some control.

“I’m so glad I didn’t [sleep with anyone] and now I don’t have to answer to Anna.”

The 33-year-old chiropractor and personal trainer also shed some light on the contractual obligations of each bachelor, especially in relation to the all-important finale.

Robards said he made it clear from the beginning of the casting process that he wouldn’t propose to the winner of the series.

“I said there’s no way I’ll get engaged within three months … You haven’t met their friends at that stage and you haven’t lived with them,” he said.

But Robards shot down rumours that producers feed the bachelors their lines and said ultimately the stars have the control.

“It’s probably the only reality TV show where as the bachelor you have a little bit of a say because if you really don’t want to do something you can put your foot down and say, ‘I’m a little bit stressed, I need to see the psychologist’,” he said.

The next season of The Bachelor is currently filming and will air on Channel Ten later this year, with former Bachelorette runner-up Matty J recently announced as the man on the search for love.