Host Ian Thorpe comforts one of the children involved in the series. Photo: ABC

The bullying began the moment 14-year-old Kelsey arrived at school.

“F***ing p***ter. Shemale. I wanna smash the mop head. F*** yourself,” disguised voices shouted, in vision where identities are blurred.

And how was that footage captured? By a hidden camera, given to a child who was being bullied at school, by a TV production company.

The footage was the linchpin of a documentary, Bullied, which screened on Tuesday night on the ABC.

It’s a controversial concept because neither the school nor the parents of its pupils had given their permission for the filming to take place. 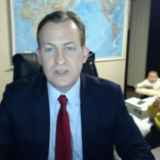 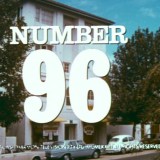 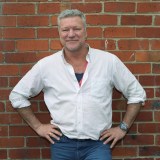 But Kelsey’s dad Rick was desperate enough to try anything to help his son, who has experienced bullying for six years since he was in Year 3.

He even took him out of school for two years and travelled around Australia, hoping that the bullying would cease upon his return to school.

“Kelsey likes to have long hair, doesn’t worry me. He can have his hair how he wants,” Rick said.

“But it seems a number of students have taken it on themselves to have a go at him. And then it’s gone from picking on his hair to picking on him, who he is. Homophobic slurs.”

Kelsey, he said, was “primed to explode” when defending himself from the bullies.

Kelsey, who was on a limited school timetable, admitted: “I get angry and aggressive quite quickly.”

Host Ian Thorpe, backed by a team of mental health experts, then had to persuade the school to allow the producers (Keo Films) to film a session showing Kelsey’s peers the footage and to come up with solutions for his situation.

Naturally, the Queensland Department of Education and the school’s principal were not happy that this filming had happened without their knowledge but Thorpe (“Yes, that Ian Thorpe,” he tells the principal) and the producers made the session happen.

It was voluntary, teachers took part but declined to be filmed – and it was clear that those who turned up were shocked and upset about what they saw of Kelsey’s hidden filming.

Kelsey himself watched them from another room, clearly upset and with his head in his hands for much of the time.

All of his peers volunteered to support him at school. Some admitted they had turned a blind eye and hadn’t realised just how hurtful it was to Kelsey until they saw the film.

So, a happy ending? Perhaps. Some weeks later, Thorpe caught up with Kelsey and his fellow students and he was certainly presenting as a more confident, smiling boy than previously.

His dad said the “old Kelsey” from before the bullying began was on his way back and he was hopeful Kelsey would return to full-time schooling in 2017.

But Kelsey has yet to return to school and the impact on his life won’t be known until the dust settles on the broadcast.

At the very least it brought home the appalling impact of bullying on Australia’s school children.