When political science professor Robert Kelly was invited to appear live on BBC World News, little did he know the interview would be remembered for reasons other than his expertise on Korea.

The Pusan National University professor was evidently excited, counting down the minutes on Twitter in the lead up to his live Skype interview from Busan, South Korea, on the international news channel.

But about two minutes in to the interview, Mr Kelly’s discussion about the Korean impeachment was interrupted when his daughter danced into the office.

The child wandered up to her dad who, without turning away from the camera, attempted to gently push her away while maintaining his composure.

And then, enter stage right — his toddler suddenly joins in on the fun, bobbing up and down in his walker.

Mr Kelly’s horrified wife frantically dashed into the room, squatting down in an effort to remain discreet in the background, while pulling the children away from the camera and out of sight as quickly as possible.

But baby’s walker appears to get stuck in the doorway and there is a brief struggle before the children disappear outside of camera view.

Perhaps the most comical of the unplanned comedy skit is Mr Kelly’s wife ‘inconspicuously’ crawling back into the room to desperately shut the door so that the viewers’ attention could once again return to the Korean expert’s interview. 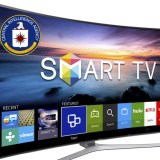 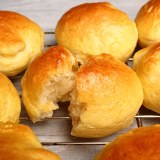 Gluten-free products not so gluten-free after all: study

The footage went viral, attracting more than 40 million views on Facebook alone, with many weighing in on whether Mr Kelly could have handled the situation differently.

A multitude of people tweeted to the professor after his TV appearance, congratulating and thanking him for the “cute” interview.

“You have given joy to tens of million of people this morning. Thank you and your family”, one viewer tweeted.

“This was by far the best thing I ever saw. Thank you so much for making my day. You seem nice and your kids are super cute,” another said.

But others have reacted in shock to Mr Kelly responding to the situation by pushing his daughter away, saying it was “a bit aggressive”.

The children’s grandma told The Daily Mail that she may have been the cause of the gaffe.

She said the children may have thought Mr Kelly was Skyping their grandparents.

“Robert usually Skypes with us from his home office, which is where he did the interview,” she said.

“The kids probably heard voices coming from the computer and assumed it was us.

“It was just hilarious.”

This is not the first time someone has been caught up in an unexpected blunder on live television.

In another comical incident, BBC interviewed the wrong man, Guy Goma, who had in fact turned up at the studio for a job interview, only to find himself being questioned on live national television.