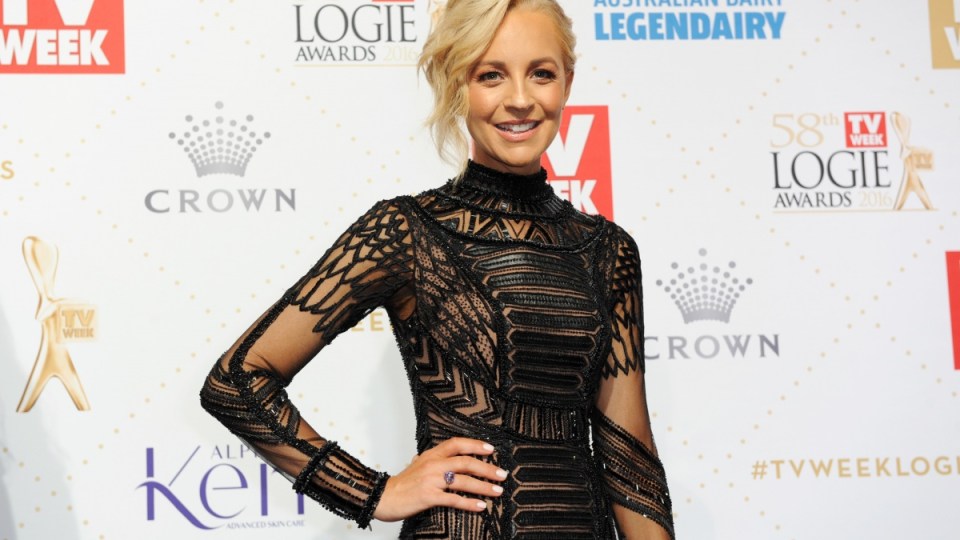 Bickmore said friends alerted her to the fact the practice may be unusual to some. Photo: AAP

Gold Logie winner Carrie Bickmore has revealed she showers with her nine-year-old son.

Speaking on her Hit Network program, Carrie and Tommy, which she co-hosts with comedian Tommy Little, Bickmore said it was almost the “favourite part” of her day.

“I love a shower and fortunately in my house, in one shower there happens to be a double shower and I often shower with my son Ollie, and he’s nine,” Bickmore told Little on Wednesday.

The admission sparked a parenting debate about the appropriate age for children to still be showering with a parent.

Comments on news sites seemed to be divided, but many pointed out that a father showering with a nine-year-old daughter would almost certainly be frowned upon.

Bickmore has two children. Ollie, with first husband Greg Lange, who died from brain cancer in 2010, and Evie, 1, whose father is her current partner Chris Walker.

“It’s almost one of my favourite times of the day, because it’s very hard to get a boy, to get a son to talk to you,” she said.

“[Often boys] give you one word answers. ‘How was school? Fine. How are your friends at school? Good.’

“But for some reason when we’re in the shower — Ollie has his shower, I have my shower — we just chat and we talk about everything.

“He tells me what’s going on at school, and I love it. It’s such a beautiful time.

“It’s not like we’re snuggling under the one. He’s got his space, I’ve got mine and he’s not forced to go into the shower, thankfully. I’m not like, ‘Get in the shower, mum’s coming in too!’”

When the show’s producers tweeted a poll to gauge the views of their audience, almost two-thirds of listeners deemed it not natural.

Should Carrie stop showering with her 9 year old son? (It's a double shower)

Bickmore explained it was only told a friend about the practice that she realised it might be considered unusual by some.

“I was talking to my girlfriend the other day and she said to me, ‘You’re going to have to stop that pretty soon,’ and I said, ‘Will I?’ and she said, ‘Yes, he’s nine!’

“And then I said, ‘Oh my God what am I doing? Am I scarring my child?’ And ever since I’ve felt really self-conscious about it. This feels to me completely normal but felt slightly weird to her,” Bickmore said.

Bickmore eventually conceded “there must be a time” when she would have to stop.

Carrie Bickmore admits she showers with her nine-year-old son