The Yearly with Charlie Pickering was a rampage through the year with no prisoners taken. Photo: ABC
analysis

The ABC’s The Yearly with Charlie Pickering on Wednesday night took no prisoners – but it was probably Senator Cory Bernardi and Eddie McGuire who emerged most bruised by the show.

Donald Trump, of course, was right up there, and greyhound racing enthusiasts and 60 Minutes weren’t far behind.

It was a rampage through the year – a quick once-over, with depth when the show landed on a topic and opened fire.

April’s news was dominated by the 60 Minutes story of a failed kidnap attempt in Lebanon – paid for by Channel 9. Pickering ripped into the sorry affair, noting that CARI – the company that carried out the abduction – didn’t do it for the money.

“The screams of terrified children are reward enough,” he dryly noted. 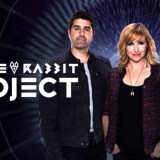 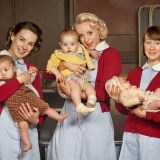 Brexit in June was fertile territory and Jonathan Pie – a spoof news reporter – produced an hilarious segment cross explaining Brexit and the background, while taking the proverbial out of the whole process of live crosses. Particularly appropriate in this world of “fake news”.

New British Prime Minister Theresa May, he said, had no Brexit plan to reveal.

“Because there are no plans. There never were any plans. It all happened because cocking Cameron thought he knew best.”

So-called sports reporter Sunny Munn joined Pickering in ripping into McGuire and his colleagues over their suggestion – which they classed as banter – that veteran female sports journalist Caroline Wilson be held underwater.

Munn explained that banter “sounds funny but nobody’s laughing” and said nobody does that better than McGuire.

Of course, local politics came under the microscope too, but it was segments like Tom Gleeson’s hilarious fake Four Corners that gave the show added bite.

He “advocated” the return of live-baiting now that the ban on greyhound racing in NSW has been overturned and used his clever Hard Chat technique of satirical questions, delivered deadpan.

.@4Corners racked up awards for exposing the greyhound industry

The Weekly regular Kitty Flanagan obliged with one of her hilarious technology explainers.

This time she went after the bizarre, brief craze that was Pokemon Go (which saw groups of people chasing and throwing imaginary balls at imaginary creatures around their neighbourhood in an “augmented reality game).

She came up with an “unaugmented reality” game where she threw real balls at real objects – including a mum and her kids “Ickleshit” and “Buggar Brat” out for a walk in the park.

By November it was all Donald Trump, of course, and a clever spoof documentary, well edited, on his rise was a show highlight.

“Time and time he heard ‘no’ and forced his way through it,” the narrator said, over newspaper headlines of sexual assault claims.

Senator Bernardi popped up right at the end in a Hard Chat segment with Gleeson and, again, it was those questions that cut straight through.

For example, among other things he asked Bernardi what he likes about Trump: “the pussy grabbing, the racism or the weird tweets?”.

The Weekly is back in February for a third season. I wish it was on all year because the audience needs satirical, biting review that this show offers. Arguably more than it needs some of the other offerings from the ABC.