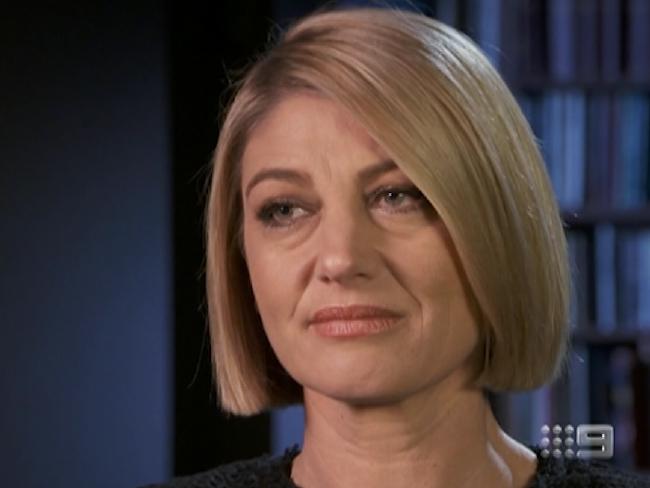 In April, 60 Minutes’ star reporter Tara Brown was in jail with her producer and crew for their part in a bungled ‘child recovery’ mission in Beirut.

Channel 9 paid out a fortune to free the crew, and the children’s mother Sally Faulkner returned home without her kids.

Brown, 60 Minutes and Channel 9 suffered a body blow to their reputation and highly-experienced producer Stephen Rice was fired as something of a fall guy in the sorry saga.

On Sunday night, Brown returned to our screens on 60 Minutes for the first time and, as you’d expect, she copped some flak – though perhaps not as much as she might have thought.

Why is @Channel9 is promoting Tara Brown's return to #60mins? Both brands are pretty ruined, imho.

.@60Mins I don't care if #TaraBrown is returning to #60minutes tonight. It's not an incentive to watch.

@60Mins whilst Tara Brown is on your show I'll be watching Sunday Night. She needs to pay the price if her crime

But Brown was assigned the perfect vehicle for a comeback and I suspect it defused at least some of the potential vitriol.

She and producer Rebecca Le Tourneau (who’s been in the news recently herself for being somewhat tired and emotional on a first class flight to the USA) did a great job on the harrowing story of three people killed in a botched insurance fire by Adeel Khan in the Sydney suburb of Rozelle two years ago.

Khan will be sentenced this week for the murder of 27-year-old Chris Noble and the manslaughter of Bianka O’Brien, 31, and her 11-month-old son Jake, among other charges. Khan still protests his innocence, claiming three men tied him up and then set fire to the shop.

That was despite the video the police found of him loading 37 litres of fuel into his car at a petrol station – petrol that Khan said was for an experiment he was conducting on how water could make petrol go further.

But Brown’s story focused on the families of the three people he killed who spoke of their trauma for the first time – and Chris Noble’s two flatmates, Corey Cameron and Todd Fisher, who managed to escape the fire, thinking Chris was not far behind. He couldn’t get out of his room and he died an excruciating death despite attempts by his friends to save him.

The first time that Noble’s mother Elizabeth knew of what happened at 4am was when she woke almost three hours later and found a text message from Chris on her mobile phone saying “I Love you”.

She then saw the fire reported on the Today show and knew it was close to where her son lived. She couldn’t reach him and later discovered he was dead. Her pain, and that of her husband, Ross, was unbearable to watch.

Brown didn’t interview Bianka O’Brien’s husband, John, who had left for work before the fire broke out but Bianka’s father Bill Keremelevski paid a powerful tribute to his daughter and much-loved grandson.

Has Brown’s credibility been harmed by the Lebanon incident? Unquestionably. Will the audience forget? Not for quite some time, I suspect.

But if she keeps getting assigned classic 60 Minutes stories like this one, with powerful, moving interviewees, genuine pain and a convicted murderer to blame, the audience probably won’t care who does the interviews and all will eventually be forgotten and even forgiven.