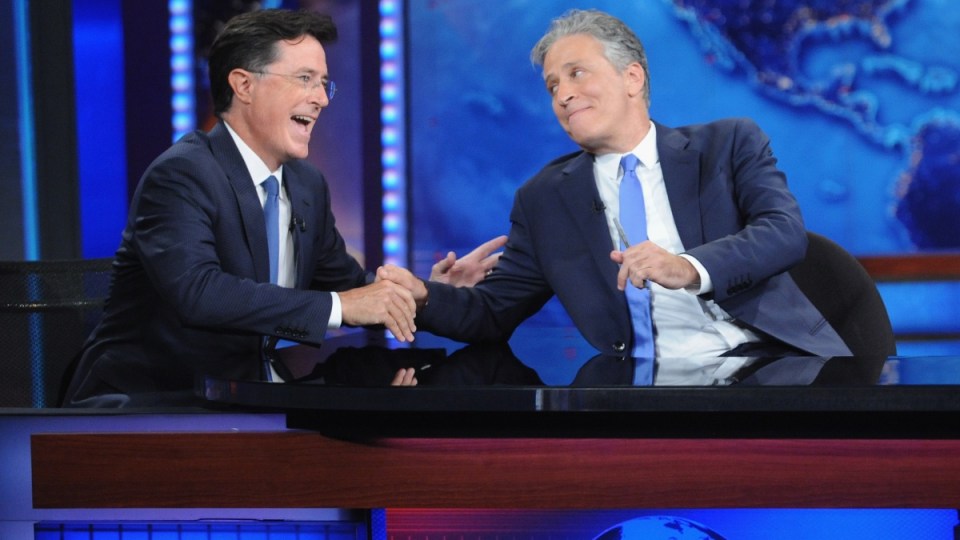 Colbert and Stewart have reunited in confusing times. Photo: Getty

Republicans have officially chosen businessman Donald Trump as their nominee for the United States presidential election and many Americans are struggling to make sense of the decision.

Despite initially being dismissed when he announced his candidacy in June 2015, Trump managed to consistently dominate other candidates like Marco Rubio, Ted Cruz and Jeb Bush.

In an attempt to explain a result the global media did not see coming, The Daily Show’s former host Jon Stewart and current host Stephen Colbert reunited in a hilarious skit about Trump’s meteoric rise.

See them attempt to make sense of this week’s Republican National Convention below.