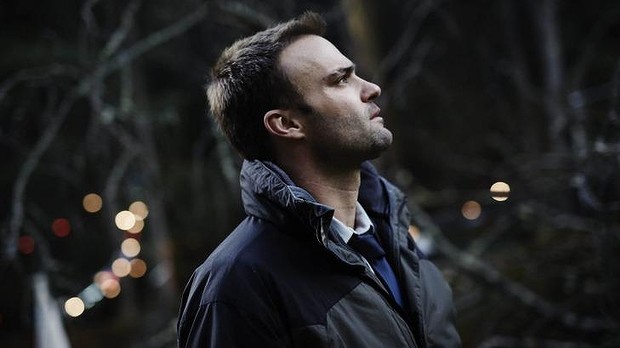 Almost 40 years ago, a young pilot mysteriously disappeared over the Bass Strait between Tasmania and Melbourne.

His last radio conversation with Air Traffic Control talked of a flying object – not an aircraft – soaring above him and playing some sort of game.

Twenty-year-old Frederick Valentich and his plane were never seen again.

More spooky “evidence” that Tasmania is one of the world’s UFO hotspots – adding to the stories dating back years of mysterious lights and of planes, ships and people disappearing.

The state even has its own Tasmanian Gothic Literature – fiction born from its dark, frighteningly beautiful landscape and its bloody past.

And now, Foxtel’s new drama series The Kettering Incident, written, shot and produced in Tasmania, has tapped into the mysterious, the unexplained and the dark side of the state to deliver a cracking horror story centred on the disappearance of two girls, lost in the bush, 15 years apart.

Elizabeth Debicki plays Anna Macy, who left the town of Kettering when she was 14 – shortly after her best friend disappears and nobody ever found out what happened to her. Theories persisted – from Anna murdering her to an alien abduction.

Then, after Anna returns, another girl disappears in similar, spooky circumstances with weird blue lights in the skies and the UFO theories are back in play, with the locals saying things always happen when the lights are around.

Of course, they could be what the scientists call the Aurora Australis (this country’s answer to Scandinavia’s Northern Lights), when the sun releases solar wind and magnetic fields into space.

But Vicki Madden, co-creator of The Kettering Incident, says she had her own unexplained encounter as a young girl.

“I went to boarding school and my mum would pick me up on Friday nights,” she said on the Foxtel website.

“It was right up near the north-east coast of Tasmania where there’s supposed to be a lot of [unexplained] activity because that’s up near the Bass Strait.

“We were driving home one Friday night and we saw some lights hovering over some trees, and we just stopped and sat there for a while and watched them.

“You could kind of hear this weird noise and you could never really understand what it was. We got scared and went, and the lights just kind of went out. They were too low to be a helicopter and too high to be a four-wheel drive. We always have that memory of that.”

The first plane went missing in 1920 when a military Airco DH.9A went down searching for a missing ship. In 1934, 44 years almost to the day Richard Valentich disappeared, the Miss Hobart airliner, with nine passengers and two pilots on board, went missing and was never heard from again.

There are many other reports of other missing aircraft over the years.

Ships fared even worse, with dozens disappearing in the 100 years or so after Bass Strait was discovered, following the wreck of the ship, Sydney Cove, in 1797.

One of the most significant disappearances was that of the British warship HMS Sappho in 1858 with more than 100 lives lost.

Of course, no one in their right mind would suggest that this is all about UFOs and the supernatural. It is a very dangerous waterway. But these unsolved mysteries in the past create a perfect background for The Kettering Incident.

And it’s a background Tourism Tasmania is only too happy to propagate. They offer a whole range of Gothic Tasmania tours – including one specially tailored to those who follow The Kettering Incident.

Then there are Tasmania’s missing people.

“Tasmania has a very high percentage of people that go missing compared to the rest of Australia,”Madden said.

Just like the two girls in The Kettering Incident, many of those who disappear are young and female.

Madden mentions a very odd case of a girl who disappeared from Bruny Island without explanation.

“Everything was left behind: there was a camera in her purse, money in her purse – it was like she just walked out. Then someone said they saw lights in the sky.”

Kettering co-creator Vincent Sheehan said that when he and Madden first got together, the stories they talked about were “the missing people, the lights in the skies, the other strange occurrences, Tasmania’s very dark past, the convict history of the place … there’s so many tales that are kind of buried there”.