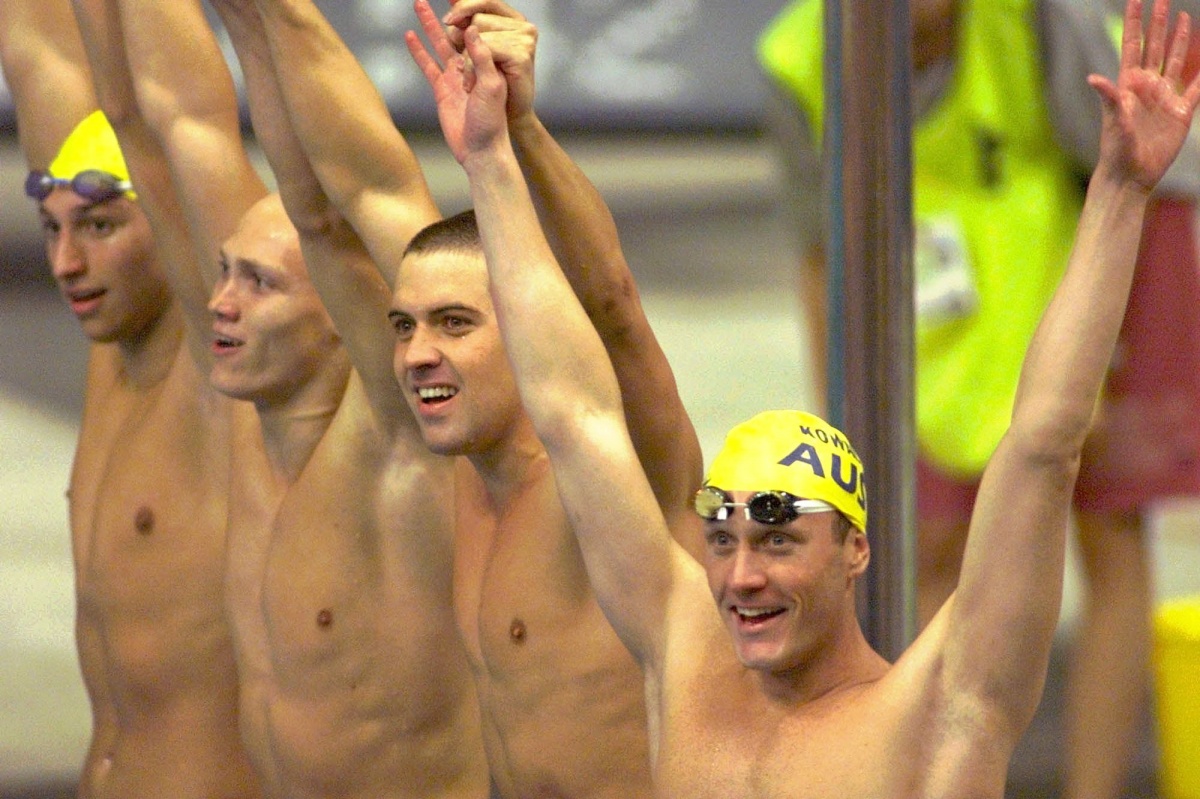 Olympic medal-winning swimmer Daniel Kowalski didn’t feel comfortable enough with his sexuality to come out to his closest friends and family until three years after retirement from elite competitive sport.

His struggle was at the forefront of Melbourne-based author of The Slap Christos Tsiolkas’ mind when he sat down to write his fifth novel, Barracuda, as were the rumours swirling around a then still-in-the-closet Ian Thorpe.

“I was thinking about what it would be like to be a young gay man in this pursuit that requires discipline at such an early age,” Tsiolkas says. “I did actually reach out to Danny while I was writing the book, but I just think he wasn’t in that space yet to talk about it.”

The story of Barracuda

Posters of Kowalski adorn the bedroom wall of Barracuda’s Danny Kelly (Elias Anton), a 17-year-old working class Greek/Scottish Australian boy given a shot at swimming glory when he scores a scholarship to an elite private school.

The slick adaptation debuts on ABC 1 on Sunday night, produced by Matchbox Pictures who also adapted The Slap, and directed by Robert Connolly (Paper Planes, Balibo).

Anton’s Danny falls for rival teammate Martin Taylor (Ben Kindon) in this heartbreaking tale of a boy undone by overwhelming pressure, at home, at school, in the pool and in his own heart and head. It’s a refreshingly complex addition to the coming out canon.

Tsiolkas acknowledges the invaluable support of former professional swimmer Lisa Forrest while writing the novel, as well as the many anonymous swimmers who shared their stories of grappling with their own sexual identities and the devastation of not making the grade in a fierce sporting forum.

Adapting the book for TV

Kowalski stepped in to advise producers Tony Ayres and Amanda Higgs. “Tony told me how much Danny responded to my novel, saying that I got the psychology right and that just made me weep with joy,” Tsiolkas says.

He cannot praise the Matchbox team enough. “My partner Wayne turned to me after watching the final episode and said, ‘my god, they’ve honoured you’. Even though it changes so much of the narrative, it’s very faithful to the themes and feels like a long-form movie. You can’t ask for anything more really.”

“Elias is a terrific young man,” Tsiolkas agrees. “I mean, he’s still doing his VCE. He was talking to me about what he responded to in the book and even though he’s heterosexual, he could identify with so much and that’s really hopeful.”

Tsiolkas sees a positive shift in the way young people look at sexuality, and the platform offered Barracuda by the ABC can only help.

“It’s an interesting time because it’s a very different world than the one I entered as a young adult. There’s something about our lives as queer people that’s no longer hidden and doesn’t only belong to us. It’s part of how we tell stories in this country. They are not a niche.”

Both his mum and niece can’t wait to see Barracuda.

“Mum was telling me she’d just gotten off the phone with my niece, who’s still in high school and had just come back from a same-sex marriage rally. Mum said, ‘Maybe it’s time for our generation to die off’, and I said, ‘Yeah, mine too maybe.’

“They live in a world where difference is not frightening.”

Barracuda premieres Sunday July 10 8.40pm on ABC1. Immediately after the episode airs, the entire four-part series will be available on ABC iView.

Disease concern for survivors of Afghanistan earthquake
Steve Smith confirmed as starter for first Test against Sri Lanka
Matildas will be keen to forget 7-0 drubbing by Spain
Upcoming stats will reveal where and how hard rates are hitting economy
Victorian MPs pocket a tidy 2.75 per cent pay raise
Reserve Bank review isn’t a ‘get the governor’ exercise: Jim Chalmers
Winter is delayed: Game of Thrones season 7 setback
Today's Stories