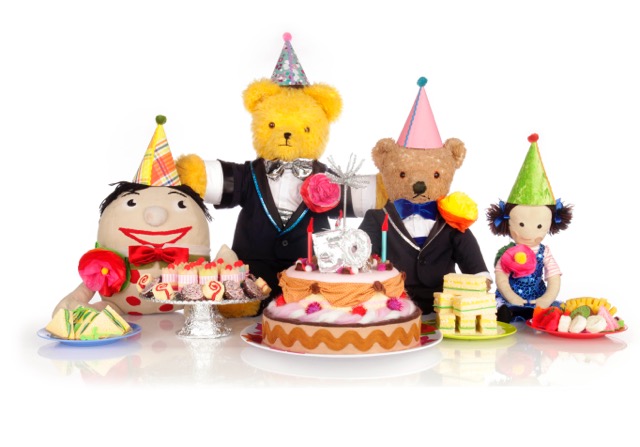 July is a huge month in the history of Australian Children’s Television.

To help celebrate this remarkable milestone, a bunch of celebrities will feature in a documentary, Big Ted’s Excellent Adventure, screening this Sunday at 7.40pm.

• Scorsese, Jagger’s Vinyl doomed from the start
• ‘I’ve shared their agony’: The tough reality of Love Child
• Why watching The Briefcase sickened me

An incredible 80 per cent of kids under six are estimated to watch in Australia every week.

So, as a newly minted Nana (and a TV commentator), I was very excited at the prospect of introducing my six-month old grandchild to its joys. Not so fast Nana!

The rules have changed

I give daily thanks for the brilliant job my son and his partner are doing with my adored grandchild. But I have had to rapidly recalibrate my thinking and respect new ways of doing things.

First learning curve: screen time and how much is allowed.

While I didn’t exactly use TV as a babysitter, I did rely on my daily dose of Days of Our Lives escapism with my baby son snuggled up on my knee, staring at the flickers of bottled blonde and plastic faced nonsense.

And I do have a particularly cute photo of my little four-month-old son held, firm by cushions, watching cartoons in Los Angeles at 3am so I could sleep while we were travelling.

I had the genius idea that “little one” and I could watch the footie while Mum and Dad were at the game. I even took cute photos of the two of us – supporters scarves around our necks, engrossed in the game.

Okay, I had been very kindly but firmly asked to observe a “two year, no screen” rule when I suggested buying “little one” an iPad for her first birthday. But I hadn’t clocked that that the rule applied to watching the footie on the telly. Dumb Nana.

I was bemused until I did some of my own research on a gazillion websites around the world and, blow me down, “little one’s” parents are totally right to impose their ban on all screens – TV, computer, mobile phones, the lot.

The one exception is Skype so little one can interact with her family around scattered around the world.

Even though the influential American Academy of Pediatrics is currently reviewing its guidelines for older children, there’s no evidence emerging that they will change their views on the under twos.

It seems the guts of their argument is that children’s brains develop most profoundly in their first three years of life. Their brain mass triples in just the first 12 months and the stimuli they experience during that time influences brain development.

What they receive by watching television, for example, is nowhere near as stimulating as what they learn from real world interaction.

Their brains are developing three-dimensional vision at this time, and screen vision — outside of virtual reality screens etc— is only two-dimensional.

It takes two full years before baby’s brains develop to the point they can equate images on screen with their equivalents in the real world.

As well, they say there’s good evidence that screen viewing before the age of two impacts on language development, reading skills and contributes to sleep problems.

More importantly, when pre-two-year-olds are watching a screen, they’re not watching and interacting with faces and events in their real world.

So from now on, Nana and little one will listen to the footie on the radio.

I’m sure Play School will notch up another couple of years at least and will be waiting for us when the time is right.