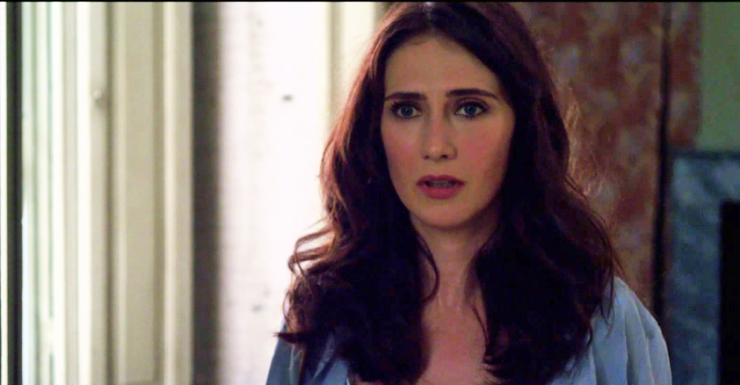 With season six all wrapped up and a long winter to wait before new episodes, Game of Thrones fans can take comfort in the fact that their favourite characters exist outside of the popular show.

In fact, an impressive eight of the show’s character are budding musicians with EPs, tours and fans in their own right.

Naturally, some of the actors’ musical careers are better-known than others.

Many fans will remember the hype surrounding DJ Hodor when actor Kristian Nairn toured Australia with his ‘Rave of Thrones’ show, but may not know that the Red Woman has an established music career.

For fans struggling to divorce actor Iwan Rheon from the cruel Ramsay Bolton, a listen to one of his acoustic love songs should do it.

And Rheon is no fair-weather musician: starting out as a teen in the band Convictions, he eventually went out on his own and has released three solo EPs.

Watch Rheon sing his original song ‘Follow Me’ below:

Anderson, who plays Daenerys Targaryen’s unsullied devotee in the show, was signed to the prestigious Columbia Records in 2013.

Watch Anderson’s video for ‘Bloodsport’ below:

Famously, he only ever spoke one word on Game of Thrones, but Kristian Nairn has toured the world with this popular DJ Hodor set.

He calls his gigs ‘Rave of Thrones’ and even manages to weave the hallowed GoT theme song into his dance beats.

Watch DJ Hodor in action below:

In real life, Wilding Osha has been in a number of bands, both singing and playing the accordion.

Most recently, Tena and her boyfriend collaborated with the fantastically-named band Molotov Jukebox.

This one is a laugh for GoT fans used to seeing Flynn as the tough-talking Ser Bronn on the show.

Flynn was one half of duo Robson and Jerome with fellow actor Robson Green in the 1990s – performing a cover of ‘Unchained Melody’ so successful on Top of the Pops that it became a best-selling single.

Watch the Top of the Pops footage below:

Huisman has been in a number of bands, and sung on TV show Nashville.

Watch Huisman sing in Dutch below:

In between bringing people back from the dead and the odd blood sacrifice, Carice Van Houten has a career as a singer.

The dual-threat – a celebrated actress in her native Holland – has sung in musicals and released two albums.

McCann, who plays mutilated warrior The Hound in Game of Thrones, plays piano, guitar, banjo and mandolin, and was in a band called Thundersoup.

Although most of the evidence from that foray has been deleted, here’s McCann singing some romantic karaoke in British comedy series The Book Group.

These Game of Thrones stars share a secret talent