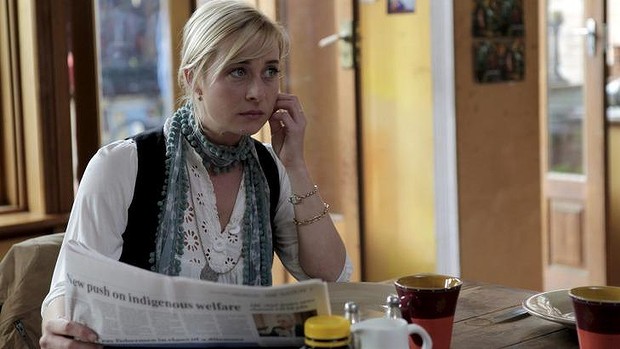 Network Ten’s resurrection of Offspring has had an immediate pay off, returning as a ratings winner.

After two years on the shelf, the premiere of season six picks up 18 months after season five, which saw a fan favourite, Patrick, die.

Following its hiatus, the program has dropped a huge bombshell killing off Nina’s father, Darcy.

Nina returns with her relationship to colleague Leo in tatters, finding out her ex is now dating someone new.

The shocking news was doubled as she rejects a phone call from her dad at the same time. She later found out about the tragic news of her father’s passing due to a heart attack.

Social media went into melt down as a result, with Offspring trending at number one on Twitter nationally last night according to Ten.

i cannot deal #Offspring WHY DID HE DIE?????

The network confirmed 1.22 million viewers across Australian capital cities and regional areas, with a peak at 1.59 million.

It makes the season six debut its biggest season-launching episode since 2010, up 14 per cent on the 2014 series average.

It was also the number two program for people under the age of 55, and number one in its 8:30pm time slot across capital cities.