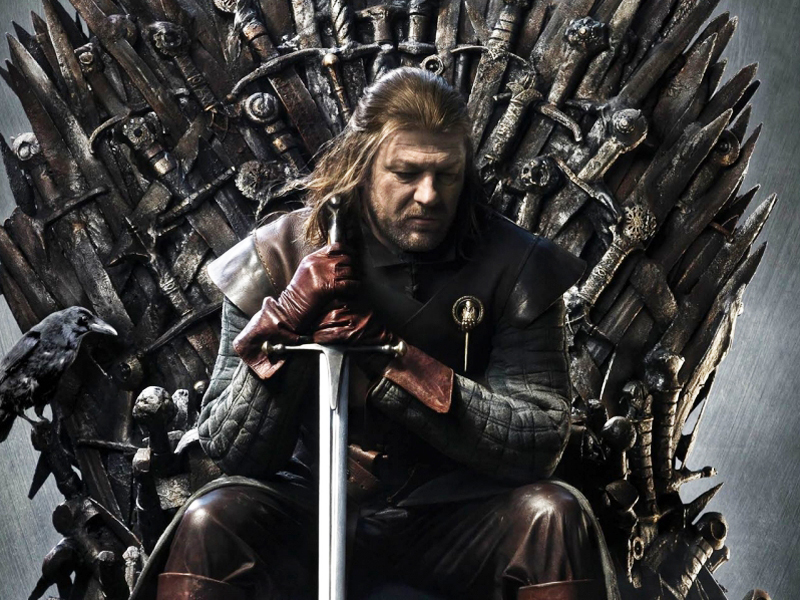 Ned Stark’s decision to keep secret the identity of Jon Snow’s true parents  — for which he suffered greatly — has finally reaped great rewards for the North, and vengeance for the Stark family.

In the Game of Thrones season six finale aired Monday, Bran Stark wargs into the past to watch his father, Ned, enter Rhaegar Targaryen’s Tower of Joy.

Inside, Ned finds his sister, Lyanna, bleeding to death as a result of giving birth to … Jon Snow.

This huge revelation, known as the ‘R+L=J’ theory, not only seems to prove the popular fan theory correct, it gives vindication to the long-dead Ned.

In the moment that the houses loyal to the Starks declare Jon the next King in the North, and their chosen defender against the massing armies of White Walkers, Ned is proven to be a prophet.

For if Ned had not treated Jon as his bastard, and denied him the full rights of the other Stark children, he may have been killed many years before by enemies, such as Robert Baratheon or the Lannisters after him, who would fear the existence of a possible Targaryan claimant to the Iron Throne.

“If Robert finds out, he’ll …” Lyanna whispers to Ned.

With dragon (Targaryen) and ice (Stark) blood in his veins, this makes Jon a crucial part of ‘The Song of Fire and Ice’ that George RR Martin references in the title of his saga.

(Whether or not Jon can claim to be the next King of the Andals and the First Men, and rule from King’s Landing, depends on whether Prince Rhaegar married Lyanna. The finale was silent on this. If not, he’d return to being a bastard.)

In another pivotal scene, Ned is again proven right. After receiving word by raven, Sansa tells Jon: “Winter has come.” This was Ned’s constant warning. He was ridiculed, disbelieved. But he was right: snow begins to envelop the North, heralding an onslaught of White Walkers.

Ned’s (actual) children also wrought vengeance in the finale for the Red Wedding. The armies of Walder Frey and Jaime Lannister are celebrating their successful siege of Riverrun.

When Walder is alone, a servant girl enters to serve him more food. He asks the whereabouts of his sons, Black Walder and Lothar. The girl replies: “They are here.” Walder pries the crust off his pie to reveal a human finger — and the girl removes her fleshy mask to reveal … Arya Stark. With a slash across Walder’s throat, Arya avenges the deaths of her brother, Robb, and her mother, Catelyn.

Even King’s Landing, the city where Ned was beheaded, gets its comeuppance. As long predicted by fans, Cersei Lannister refuses to submit to the punishment of the Faith Militant. Instead, she has the Master of Whisperers, Qyburn, instruct his band of child spies, the Little Birds, to stab Maester Pycelle to death and set fire to a stockpile of magical wildfire beneath the Sept of Baelor. A green mushroom cloud obliterates the High Sparrow; Margaery, Loras and Mace Tyrell; and hundreds of bystanders, who thought they were going to witness Cersei be condemned to death.

This is a moment of triumph for Cersei, garbed in a black war-dress. But it is bittersweet. Her son Tommen cannot deal with the atrocity (Because of the deaths of innocents? The death of his religion? Or the death of his wife, Margaery?). As wildfire burns in the distance, he leaps from his window to his death.

A grief-stricken Cersei is crowned Queen in his stead. Diehard fans will surely be reminded of a conversation many, many episodes ago, when Cersei and Ned confront each other. Ned threatens to reveal to the world her incestuous relationship with Jaime. Cersei warns him of her “wrath”.

“When you play the game of thrones, you win or you die.” Ned may have died, but Cersei is still paying the game’s price.

This quote mirrors one by Tyrion to Daenarys in Monday’s finale. It is revealed that the Mother of Dragons will embark for King’s Landing, thus setting the scene for a grand battle in season seven.

“You’re in the game now, the great game,” Tyrion tells her. “The only ones who don’t fear the game are mad men like your father.”

As Daenarys’ armada of Unsullied, Dothraki and dragons sets sail, we glimpse by her side a familiar face: Varys, the former Master of Whisperers. This is a hint that the coming war will be fought between a host of warrior queens.

For Varys is shown to be a new ally of Olenna, the surviving Tyrell, who is hell-bent on revenge against the Lannisters. He is also the ally of Queen Nymeria of Dorne, who killed her lover’s brother to take the throne. Also joining Daenarys in this female-led army is Yara Greyjoy of the Ironborn.

And what of Sansa Stark in the North? Stay tuned until next year.

Ned Stark has his revenge in Game of Thrones finale