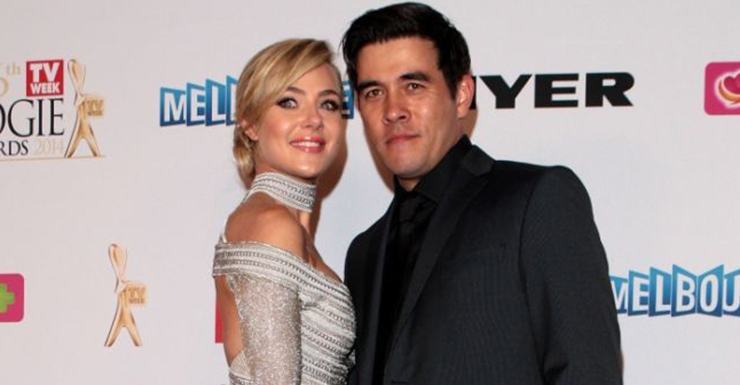 A Home and Away star – who is also an award winning theatre performer with a love of Shakespeare – has defended the reputation of the long running soapie, taking a swipe at the show’s detractors by telling them to “grow up”.

James Stewart (Packed to the Rafters, Hiding, Tomorrow When the War Began), who plays Justin Morgan in Home and Away, told The New Daily that the show’s actors “aren’t just beautiful people who haven’t put the work in”.

He argued the seminal Channel Seven program had launched massive Hollywood careers, was staffed with the “best acting coaches around”, was filled with actors who worked tirelessly on their craft and provided numerous challenges to its talent, including him.

“I know why a lot of people are saying ‘why have you gone to Home and Away?’, but they need to grow up now. Our coaches are the best in Australia,” Stewart said.

“Home and Away doesn’t sit there and ask the big questions. It just shows little scenes and that’s as basic as it is, and for 28 years people have been going ‘half of me wants to switch it on and chill out with my family’ – it’s a simple pleasure the audience has and don’t mess with it, that’s what they want.”

Stewart began his career on stage, winning awards and working with the ‘Grin and Tonic Theatre Troupe’, whose plays have featured names like Geoffrey Rush, Jack Thompson and Deborah Mailman.

He moved into big time television through Packed to The Rafters, after wanting to test himself acting to camera. He said the difficulty of making the switch was one of the reason he had such respect for his Home and Away colleagues.

“My nickname coming into television was ‘Jimmy Eyebrows’, because I’d raise them all the time and scream because in theatre you can get away with those bigger movements.

“But in television you can’t, it has to be more subtle and still.

“When you watch great film and television actors they don’t move, they think the emotion and just think it. And that is the art in camera.”

He said all the actors were aware of the low opinion some viewers had of the program, but they were comfortable with it.

“We do that terrible look away at the end of the [scene before the] commercial,” he said. “‘What if we just stayed looking at each other?’, I ask sometimes … but I don’t know if Australia can deal because they want that look away before the break.

“My best mate Ryan Corr (Packed to the Rafters, Holding the Man) is the best at it, he had a triple end of scene look going on.

“We know it is silly but it’s fun and you need it. You need a bookend to show them it is the end of the scene.”

Home and Away behind the scenes

“Palm Beach is really pretty,” he said. “It is out of the way with no public transport so you’re out of the hustle and bustle.

“There is something about Palm Beach. You get there at six in the morning, sun coming up and it is perfection. Im there after a workout with a coffee, on the beach, my kid is looked after, beautiful people and I am being paid. It’s great.”

He said most of the bosses on the show, including the head acting coaches Genevieve Hegney (All Saints) and Caroline Brazier (Rake) were “extremely powerful and erudite women”.

“I am so grateful that Penny McNamee (Tori Morgan) is cast as my sister, she is amazing. Light on her feet, stunning but just a fantastic listener. It makes doing scenes with her so much easier.”

Home and Away star tells show’s haters to ‘grow up’