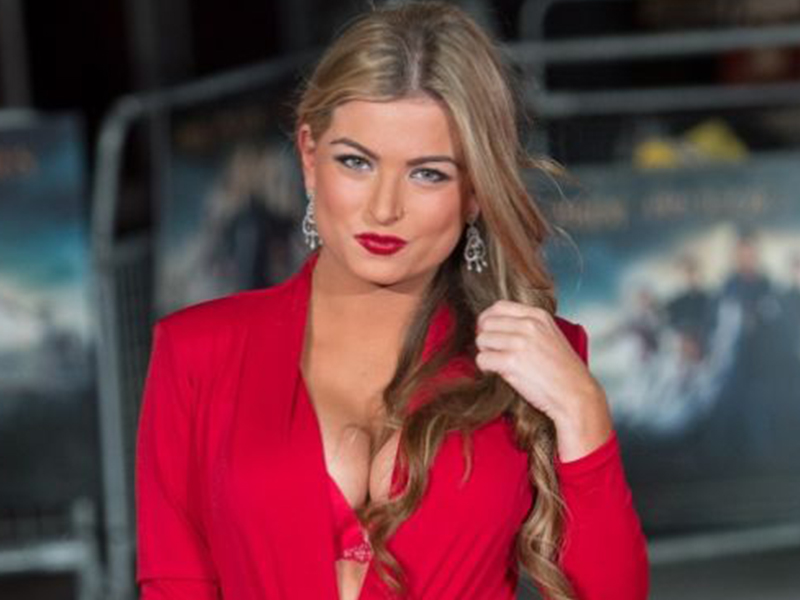 The reigning Miss Great Britain has been stripped of her title for having sex while filming the controversial reality television program Love Island.

Pageant organisers told Zara Holland, 20, that they “had no problem with sex”, but that she had to be dethroned because she slept with 24-year-old scaffolder Alex Bowen live on the program.

Love Island is a British reality TV show produced by ITV in the UK – and shown on Channel 11 in Australia – which forces a group of singles to partner up into relationships to avoid elimination and compete for a $A98,000 prize.

The contestants live in a villa in Portugal where 70 cameras follow their every move. There were reportedly over 1000 condoms strategically placed around the villa, according to The Guardian.

On last Thursday’s show (AEST), Holland and Bowen were shown in bed together. No explicit scenes were broadcast, but the following night’s episode made it clear the pair had intercourse.

“We pride ourselves on promoting the positivity of pageants in modern society and this includes the promotion of a strong, positive female role model in our winners,” the statement read.

“The feedback we have received from pageant insiders and members of the general public is such that we cannot promote Zara as a positive role model moving forward.

“We wholly understand that everyone makes mistakes, but Zara, as an ambassador for Miss Great Britain, simply did not uphold the responsibility expected of the title.”

Love Island‘s host Caroline Flack panned the decision: “Feel even more sorry for Zara now she’s been de-crowned. She’s a very sweet girl. What even is Miss Great Britain? Are we living in the dark ages?”

‘All these guys are such sexist piggies’

Now in its second revamp season after an original run of two seasons in 2005, Love Island is an extremely divisive program in the UK.

One man boasted he had slept with up to 400 women while another asked: “So you going to leather her tonight?”

“#LoveIsland is just another sexist show that fuels the ‘lad culture’ of today,” Tuscany tweeted.

The New Daily asked Network Ten, which runs the channel that airs Love Island in Australia, if the show was appropriate to be broadcast. It did not respond to that request.

Twitter user Mad Hatter tweeted of a recent episode: “Hearing the guys misogynistic views of Liana being a stripper really angers me like it’s a job at the end of the day get over it #LoveIsland”.

As you can see from the one-minute mark of the video below, there is a lot of focus put on women’s appearance in the program.

Fancy a sneak peek ahead of tonight’s show? Scott gets news from home and Sophie makes a point #LoveIslandhttps://t.co/3i4OZ9zljT