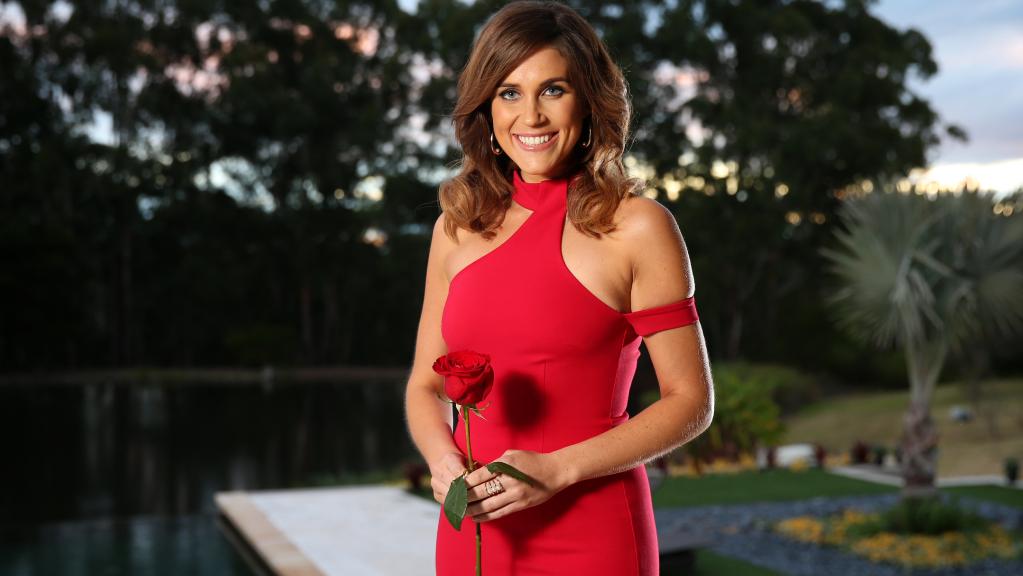 Georgia Love gave up her career in journalism to become the Bachelorette. Photo: Network Ten

Hobart’s nightly news presenter Georgia Love has been revealed as the next Australian Bachelorette in an embarrassing leak for Channel Ten.

Gossip magazine New Idea ruined the high-rating dating show’s big reveal by publishing a profile piece on Love, complete with quotes from one of her “close pals”, who claimed the successful journalist had been “unlucky in love” thus far.

With the secret out, a no-doubt angry group of producers at Channel Ten was forced to go early with their reveal, confirming the Melbourne native as their new woman.

What followed next was a baptism of fire for Love, whose old Facebook photos were combed by Australian news outlets for incriminating pictures, but not before ex-Bachelorette Sam Frost offered some sage words of advice for her successor.

Not one to hold back, The Daily Mail made quick work of searching through Love’s old Facebook photos and digging up a couple of wild-looking nights from the year 2013.

“Georgia Love appears to have a party girl streak that could spice things up on the upcoming season,” read the article, accompanied with dozens of images showing Love in various dress-up parties and functions.

Radio presenters were quick to track down one of her ex-boyfriends – also a reality TV contestant – to provide an autopsy on their relationship.

It’s likely Love wasn’t anticipating the New Idea leak, and didn’t have time to make her various social media accounts private – although most of them have been restricted now.

Someone who could have offered advice in that area is Frost, last year’s Bachelorette and current host of 2Day FM’s breakfast show with Rove McManus.

“The biggest thing I can say to anyone doing this is make sure you look after your mental wellbeing because you’re manipulated,” Frost advised Love.

“No one else has your best interests [at heart] but you. There are lots of people in your ear, you’ve got so many people saying ‘do this, do this’ … but you’ve just got to follow your intuition and look after yourself mentally.”

“What a fantastic name, Georgia Love, it seems so appropriate.”

Who is Georgia Love?

A self-professed ambitious young woman who’s put her career before her personal life, Georgia Love is a successful journalist at the relatively young age of 27.

According to Channel Ten, Love was born in Victoria before going on to work as a journalist in Launceston and now Hobart, where she is the nightly presenter of local news station WIN.

Going with the imaginative tagline of “Love will find a way”, Channel Ten introduced its new star as the “fun-loving Melbourne native” who “believes it’s important to be able to laugh with the one you love”.

“My whole life, I have put my job and career first but have always felt something has been missing. I’m now at a point where I’m happy with where I am at in my career and I’m ready to prioritise love,” Georgia, who has quit her job to star in the show, said in a statement.

According to her Twitter bio, Love is also one of the only journalists to have been a “trapeze artist and dance teacher” in her former life, while she reportedly has a cat called ‘Pawdrey Hebpurn’.

Quoting a “close pal” of Love’s, New Idea reported the journalist has struggled to finding the right man.

“The main issue she has had is moving around so much for work interstate and internationally, so it has been really hard to maintain close relationships and open herself up to guys, because chances are she will be off again in a year or so.”

Love at work for WIN News: