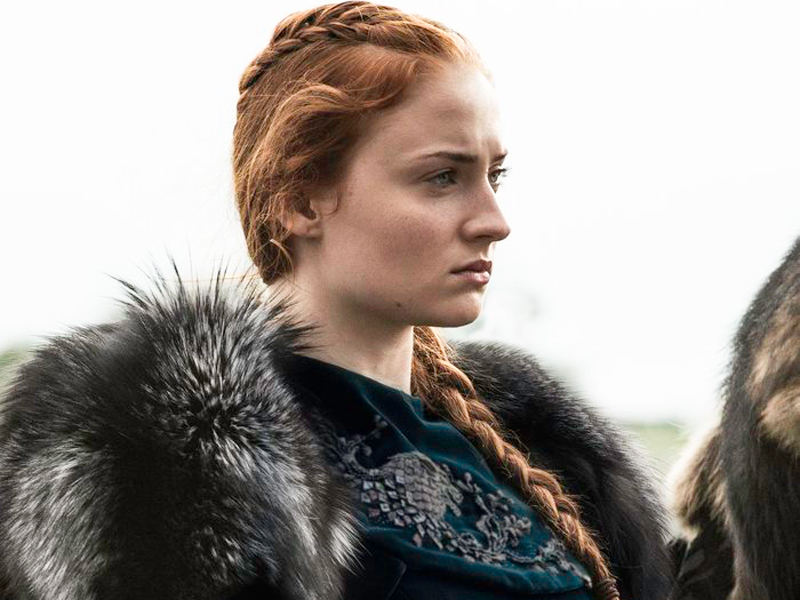 Under the thumb of evil men for years, Sansa Stark has finally broken free. Photo: HBO

In an episode brimming with battle scenes worthy of Hollywood action movies, Game of Thrones has rebutted the critics who’ve claimed the series is chauvinistic.

With a huge budget, a cast of hundreds, and plenty of special effects, ‘The Battle of the Bastards’ was one of the most satisfying frauds perpetrated on fans. It convinced us the men would dominate, when in fact it was the women who showed us how it’s done.

From the first scene, the show’s writers hint at their deception by opening with the Masters’ siege on Meereen, one of the slave cities freed by Daenerys.

• What is Cersei Lannister’s grand plan?
• Is that Game of Thrones character really dead?
• Kit Harrington complains of ‘male sexism’

As flaming projectiles rain down on the city, Daenerys and Tyrion gather in the throne room to talk tactics.

The bloodlust of her father, The Mad King, flashes in Daenerys’ eyes. She wants to crucify the Masters, destroy their entire invading armada and lay waste to their home cities in revenge.

Tyrion, ever the calm-headed strategist, reveals that Daenerys’ father, King Aerys II Targaryen, planted stockpiles of explosive wildfire around Westeros so he could burn the city to the ground to thwart the invading Lannister army.

With this, the show stoked the fan theory that Cersei Lannister will find and use these stockpiles. More importantly, it gave Daenerys the chance to prove she is not her father.

With Tyrion’s words ringing in her ears, she commands her dragons to destroy only two ships, scaring the remainder into joining her army. She also has Grey Worm, leader of The Unsullied, kill only two of the slave masters, leaving the third alive to convince the other slave cities to keep their distance.

After the victory, she meets with Theon and Yara Greyjoy. They strike a deal to team up, but on one very important condition: no more raping and pillaging by the Ironborn.

“We are going to leave the world better than we found it,” Danaerys tells Yara.

Mad Queen she is not.

Even the gods betray us

Meanwhile in Westeros, the army led by Jon Snow prepares to retake Winterfell, seat of House Stark, from Ramsay Bolton.

The writers use three key scenes to ram home the point that kings, generals and gods – at least the male ones – are wholly unreliable.

The night before the battle, Sansa Stark implores her brother, Jon, to either wait for reinforcements or, failing that, try very hard not to fall for Ramsay’s tricks. He doesn’t listen.

That same night, Tormund Giantsbane and Sir Davos Seaworth reminisce on the leaders they’ve lost. Tormund remembers his ardent belief that King-Beyond-the-Wall Mance Rayder would lead his people through The Long Night – the foretold rise of the White Walkers. Sir Davos remembers his misguided faith in Stannis Baratheon as the rightful king of Westeros. “We were both wrong,” Tormund says.

Even the gods betray. Jon visits the tent of Melisandre, the Red Woman, to seek her counsel. She reveals she has no idea how to win the attack or what will happen, even suggesting her god, the Lord of Light, may well have resurrected Jon only for him to die in this battle.

“What kind of god would do something like that?” Jon asks.

After a pause, she replies: “The one we’ve got.”

The day of the battle, the Bolton Bastard ‘frees’ Jon and Sansa’s youngest brother, Rickon, telling him to run across the battlefield to his family. Predictably, Jon gallops ahead of his army, only for Ramsay to fell Rickon with an arrow at the last moment.

Rage overcomes Jon. He rides out in front, forcing his army to charge into the teeth of certain defeat.

What follows is a magnificent battle scene – and tragic proof of Jon’s foolishness. Carnage is the result. Bodies literally pile up. The only surprise is that the show’s writers exercise Daenerys-like restraint in the number of main characters they kill off. Aside from Rickon Stark, the only other big-name casualty on Jon’s side is the giant, Wun Wun.

Thankfully, Ramsay Bolton gets his grisly comeuppance, but only thanks to Sansa’s quick thinking.

Before the battle, Sansa endures the taunts of her rapist, Ramsay, as the leaders of the two armies meet to negotiate terms.

Ramsay smugly tells Jon he is excited to have his sister back in his bedchamber. Sansa pledges she will feed Ramsay to his own dogs.

She keeps her promise.

Jon and a tiny fraction of his forces are completely surrounded by a wall of shields and spears when Sansa rides in accompanied by Little Finger’s cavalry, fulfilling another fan theory.

Sansa feeds Bolton to his own hounds, proving it’s the Game of Thrones women who know what they’re doing.

The women steal the show on Game of Thrones