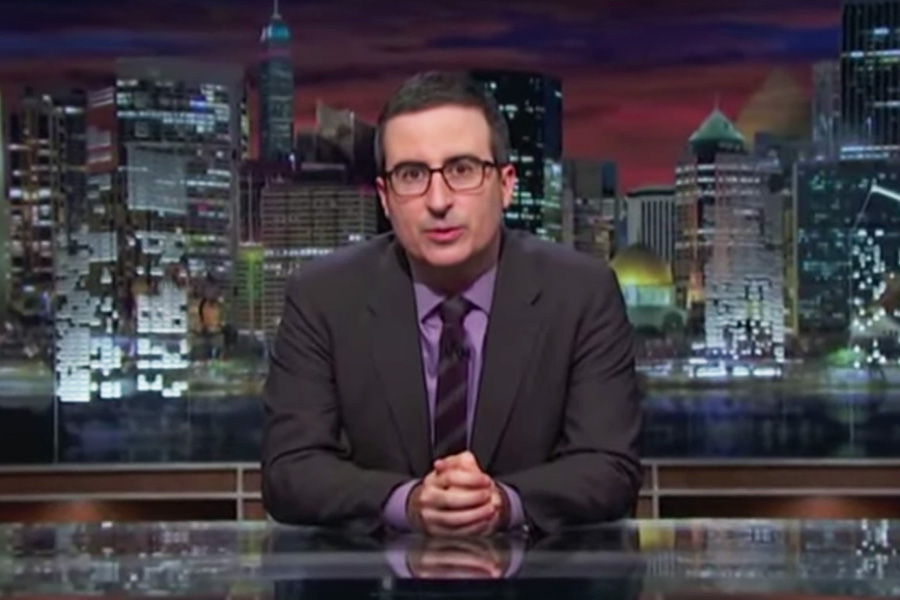 John Oliver tells Donald Trump he could become a legend if he drops out. Photo: HBO

John Oliver had a strong, heartfelt message for the victims of the Orlando, Florida, nightclub massacre during Sunday’s episode of his Last Week Tonight show.

Speaking less than 24 hours after 49 people were shot and killed by lone gunman Omar Mateen at Pulse nightclub, Oliver was visibly emotional about the tragedy.

“Right now, this just hurts,” he said of the attack, which occurred just after 2am on Sunday, US time.

“The worst thing is, this pain is so familiar.

“In Paris last November, terrorists seemed to target places symbolising everything that is wonderful about France: culture, music, restaurants. And, in Orlando, early this morning, the gunman attacked a Latin night at a gay club in the theme-park capital of the world.

“And for the record, I will happily embrace Latin night at a gay club at the theme-park capital of the world as the ultimate symbol of what is truly wonderful about America.”

“For right now, on a day when some dips**t terrorist wants us to focus on one man’s act of brutality and hatred, it might be worth seeing this video,” he said, as the show cut to a video of hundreds of people lining up to donate blood in Florida.

“It kind of reminds you that that terrorist dips**t is vastly outnumbered.