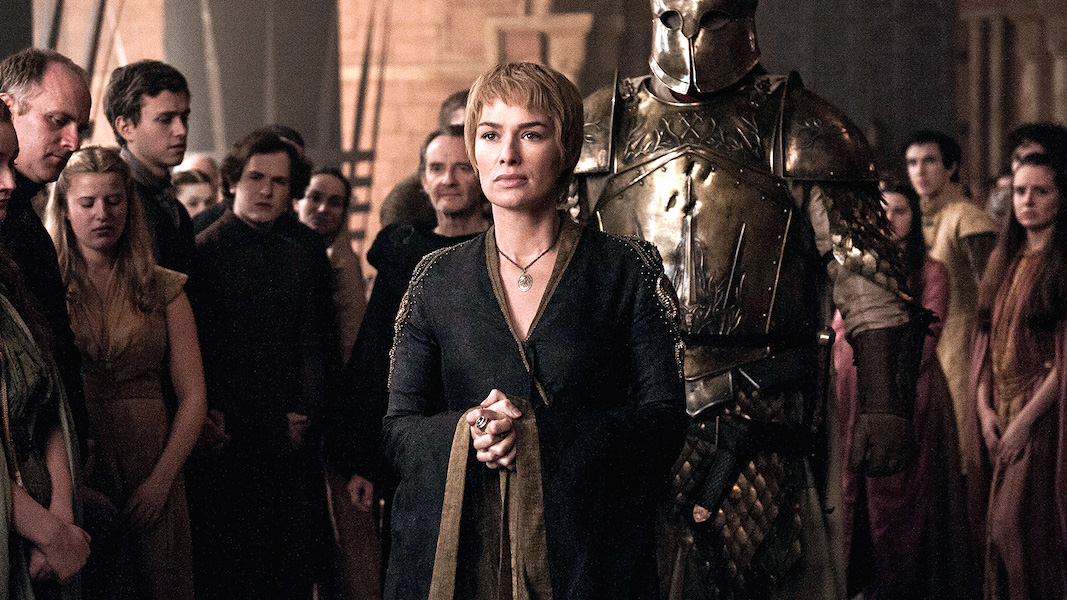 The timing of season six of Game of Thrones has been unusual.

Storylines have been condensed, skipped or rearranged and certain events have been glossed over, while others have entire episodes devoted to them.

The series so far has a distinct pattern – one episode builds tension, the next releases this tension with a bang, and so on and so forth.

The season’s eighth instalment, titled ‘No One’, was one such tension-building episode – a loping hour with plenty of talking and not much action.

In fact, the most exciting thing to happen was arguably a short exchange of words between Cersei Lannister and Qyburn that hinted at something major to come.

We saw Cersei get unceremoniously thrown under the bus by her own son with Tommen’s pronouncement she and Loras would go to trial and combat was not an option.

This whole time, Cersei has been smugly confident because she knew she had the benefit of the unbeatable Frankenmountain. Not being able to use him to defend her from the judgement of the Septons is a major blow.

Thankfully, Cersei won’t be losing any sleep over her son’s betrayal because she has a back-up plan, courtesy of Qyburn.

Qyburn approached the fallen queen after Tommen’s decree to tell her his “little birds” had looked into “that rumour” she had told him about. Turns out, he said, it’s more than just a rumour.

Speculation abounds that Qyburn was referring to wildfire, that glowing green liquid that burns and destroys everything it touches.

You’ll remember Tyrion used wildfire back in season two during the Battle of Blackwater.

You might have also spotted it a couple of episodes ago during Bran’s vision, in which we saw a short clip of Mad King Aerys Targaryen II followed by a glimpse of someone storing bottles of wildfire under King’s Landing.

See Bran’s full vision below (the wildfire appears at the 0:27 mark).

In his heyday, Aerys planned to burn King’s Landing to the ground but Jaime Lannister killed him before he had the chance.

In Bran’s vision, we saw wildfire burning through a hallway – a scene many have pointed out hasn’t actually happened yet.

Is it possible that section of Bran’s vision was a flash forward, not a flashback?

Perhaps – in the books, Cersei uses wildfire to blow up a tower during Margaery and Tommen’s wedding because she thinks Tyrion is hiding there.

We never saw her do this in the show, so it’s possible the writers have been saving that concept up for something more important. If so, it could be that Qyburn’s “little birds” have confirmed the existence of wildfire below the city and Cersei plans to use it against the Sparrows.

If that’s the case, all of these scenes will suddenly make a lot more sense:

After all, a Lannister always pays his (or her) debts.

Of course, wildfire is difficult to control and there are plenty of other people in King’s Landing aside from the Sparrows. Cersei risks harming her own family, the Tyrells and the innocent population of King’s Landing if this plan goes ahead.

In the meantime, we all have to hold out for next week’s episode, which looks suitably epic.

Watch the preview for episode nine below:

Game of Thrones: what is Cersei’s grand plan?