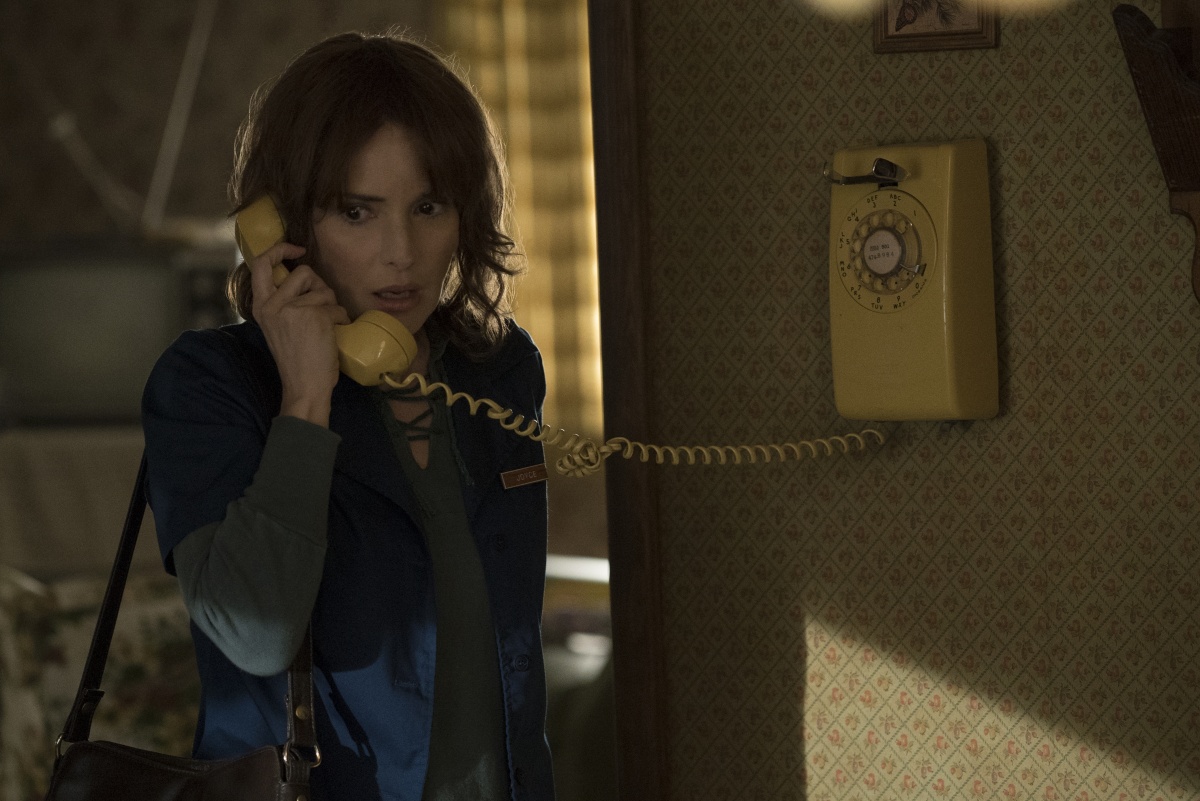 Since 2001, 90s sweetheart Winona Ryder has been laying low after the scandal of her notorious shoplifting incident left her stranded on the outer fringes of Hollywood.

However, that could be about to change.

Ryder is starring in the upcoming Netflix original show Stranger Things – a creepy, nostalgia-laden series described as “a love letter to the supernatural classics of the ‘80s”.

It was made for Ryder, who cut her teeth in films from that exact genre, like Beetlejuice and Edward Scissorhands.

• Is that GoT character really dead?
• Spine-tingling: the verdict on Clever Man
• Kiss Bang Love: ‘I’ve never been kissed like that’

Clearly indulging our ongoing obsession with small-town crime mysteries, Stranger Things plays on the traditional ‘whodunnit’ with a supernatural twist.

Playing the mother of a boy gone missing, Ryder appears to be back at her best in the trailer – a welcome change considering a string of critical missteps in recent years.

If the resurrected careers of former movie stars such as Jane Fonda (in Netflix’s Grace and Frankie) and Ashton Kutcher (The Ranch) are anything to go by, a Netflix original series could be just what Ryder needs.

“Ninety-nine out of a 100 times, if a kid goes missing, the kid is with a parent or relative,” a gruff Indiana sheriff tells Joyce (Ryder) when her son Will disappears.

“What about the other time?” demands Joyce, clearly aware that another force is at play.

Ryder, now 44, is magnetic as a desperate mother willing to bypass unhelpful authorities in her quest to reunite with her son.

A doe-eyed Ryder first gained fame in enduring gothic director Tim Burton’s 1988 film Beetlejuice, before going on to be one of Hollywood’s most successful indie actresses of the 90s.

The on-screen love affair between Ryder and Johnny Depp in Burton’s 1990 film Edward Scissorhands translated off-screen and the pair became one of the decade’s most photographed couples.

But despite starring in a string of other hits including Girl, Interrupted, Bram Stoker’s Dracula, Reality Bites and The Age of Innocence (for which she earned an Oscar nomination), Ryder’s personal and professional life deteriorated due to a highly-publicised battle with depression and addiction.

In 2001, the actress was caught on camera stealing almost $10,000 worth of designer clothing from department store Saks Fifth Avenue in New York, triggering a long and intense period of media speculation about Ryder’s wellbeing.

She was eventually found guilty and sentenced to three years’ probation, 480 hours of community service, a fine and ordered to undergo psychiatric and drug counselling.

During the court trial, the prosecution alleged Ryder had been using drugs oxycodone, diazepam, and Vicodin without prescriptions.

In an a 2013 interview with Interview Magazine, Ryder admitted she had been depressed at the time.

“I think a lot of people think that that is what sort of sent me off in another direction, but I was actually starting to have some trouble a few years before,” she said.

She said a number of films she was billed to star in went belly up and Ryder ended up taking an enforced break from acting.

“In a weird way, it was almost like the best thing that could have happened because I’d never asked myself the question before of, ‘Is it okay if I’m not going to act? Is there anything else?'”

Fortunately for fans of her brilliant, nuanced work, it seems her time out of the spotlight is finally coming to an end.

This beloved 90s actress is making a comeback