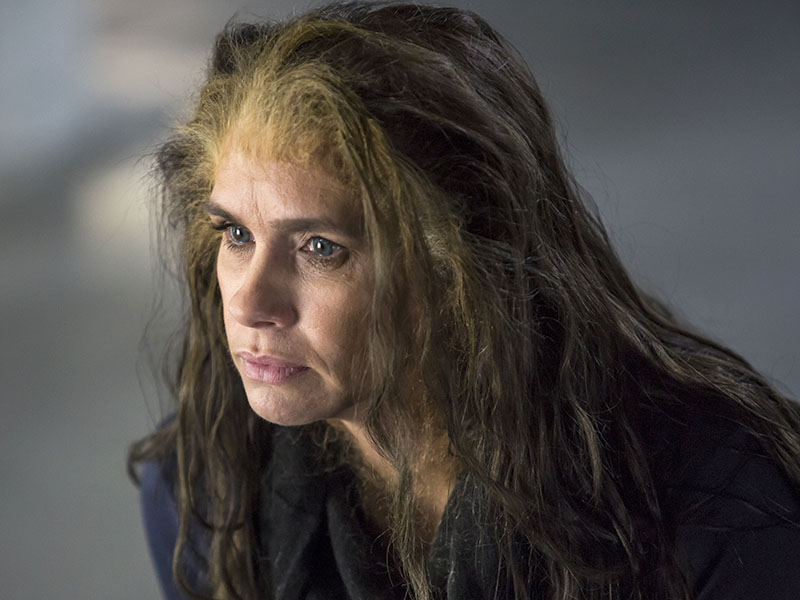 In years to come, the ABC’s Cleverman will be seen as a game-changer in Australian drama.

It reaches deep into Australia’s cultural history (and not just the one that began a couple of hundred years ago) to produce a storyline that delivers a superhero, an Australian genre-piece that’s up there with the likes of True Blood and – if we choose to see it – a searing indictment of how this country deals with people it doesn’t know how to treat humanely.

• Kiss Bang Love: ‘I’ve never been kissed like that’
• Revolution School: the truth about our education system
• The new Top Gear sucks: you can just blame Matt LeBlanc

What’s even more amazing is that it didn’t come from the traditional drama commissioners and, as a result, may well cause the lovers of such stalwarts as Dr Blake and Miss Fisher’s Murder Mysteries (as excellent as they are) to choke on their sherry.

So, what makes this so surprising? Well, here goes.

Not your average drama

In the very near future, creatures from ancient mythology have emerged and must co-exist with humans. They’re known as “Hairypeople” for the matted hair that covers their bodies.

They’re incredibly strong and outlive humans. But they’re outcasts and are forced to live in The Zone – which looks just like Sydney’s Redfern – and try to get along with the humans outside.

The Containment Authority, a government-funded body, tracks down and captures runaways who pay a dreadful price for their bid for freedom.

The Cleverman (Jack Charles) is the chosen one with the power to bring the worlds back together. But he dies mysteriously and his nephew Koen West (Hunter Page-Lochard) inherits his powers – even though he’s in denial about his culture and estranged from his family.

His half-brother Waruu (Rob Collins), on the other hand, is a man of culture and spirituality and he fights the Containment Authority constantly. He assumed he would be Cleverman’s heir. Murder and mayhem follow.

That description sets the stage, but it doesn’t tell the story of why this is much-watch television, even for those like me who aren’t keen on the mythology genre.

Six years ago, producer Ryan Griffen wanted an indigenous superhero for his son Koen. Dreamtime Detectives, a children’s show, was born but it morphed through a teenage version before the ABC took the bold decision to develop it for adults.

When an extraordinary, international creative coalition came together to create it, the series took wings. Local producers Goalpost Pictures were joined by New Zealand’s Pukeko Pictures and, crucially, Weta Workshop – the extraordinary designers behind Peter Jackson’s blockbuster films. The US giant, Sundance TV, completed the alliance.

They had extraordinary stories to work with, drawn from deep in the hearts of Australia’s indigenous communities and told only with the permission of those communities who had handed them down through generations. The Hairypeople speak an indigenous language – Gumbaynggirr – from Australia’s east coast.

The result is a powerfully told, visually outstanding, television series. Eighty per cent of the cast, its directors and its lead designer are indigenous Australians who deliver extraordinary work.

Make no mistake, this is a series for all Australians – and has already made it internationally.

SundanceTV in the US screens it first, followed by the BBC later this year.

The woman who is credited as the driving force for this series is Sally Riley. Until recently, she was the head of ABC Indigenous.

She told The New Daily she has always liked exploring genres where filmmakers hadn’t worked before. It develops the industry and pushes its talent further, she says.

That’s particularly relevant because, just a couple of weeks ago, Ms Riley was appointed the new Head of Scripted at the ABC, driving all of the drama, comedy, entertainment and children’s television.

She’s naturally reluctant to discuss future directions at this early stage but, if Cleverman is anything to go by, there are exciting times ahead for ABC Drama.

I’ve no doubt that a second series will be part of her vision – even though I’m not predicting huge ratings for the premiere broadcast. But these days, that’s not what’s really important.

It’s immediately available on iView and, no doubt, much of the audience for this will find it — particularly those looking for something they’ve never seen before from home grown drama.

Cleverman will premiere on ABC TV and ABC iView on Thursday at 9.30pm.