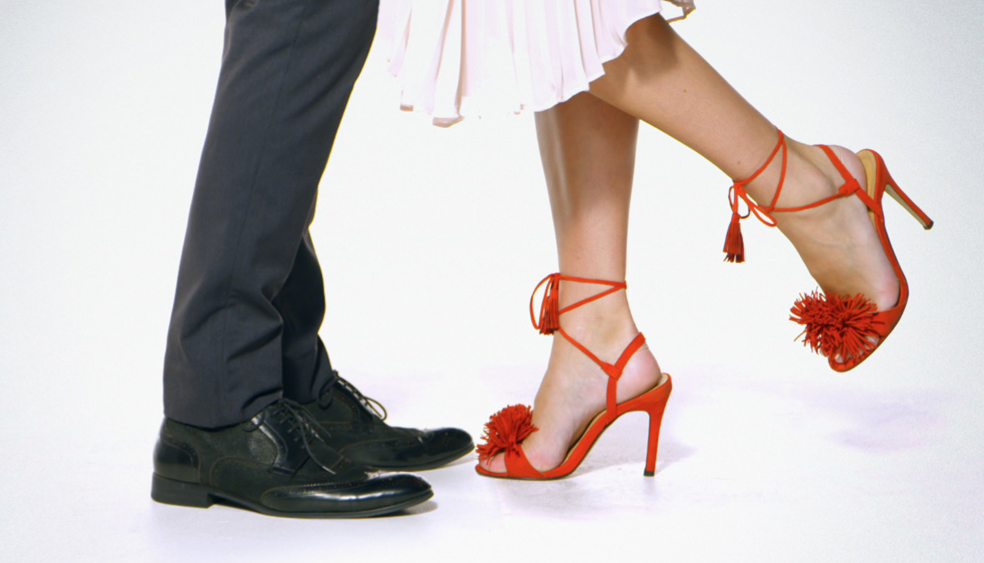 As she kissed the fourth bloke, I was shouting “get a room” at the screen. They were blindfolded and tongues were disappearing down throats in lots of slow, close-up camera shots.

I’m always up for a new format and this one is from Danish company Snowman, the creators of Married at First Sight on Channel Nine, which had intrigued me as an exploration of arranged marriages.

And Seven Year Switch had a point – that the grass is sometimes not greener.

The premise is simple. Science says that a first kiss can lead to love. So, in each episode, a lovelorn man or woman is blindfolded and has to kiss 12 people (also blindfolded) and rate them as kissers.

First up is Lisa who’s apparently only had loser boyfriends to date. She wants someone with the values of her recently deceased dad and, because she’s renovating her own unit, it would be great if he was a tradie.

Cue a parade of sexy tradies – with excellent bodies – and the odd teacher, fireman, novelist and solar-power businessman.

Lisa duly kisses them all, blindfolded, and coyly gives her notes to the roomfull of TV crew members. Then she meets the love interests without blindfolds and has to kiss them all over again, with all of the other blokes watching.

Naturally, there’s someone watching the action from afar and it’s Lisa’s best friend and her sister who provide a running commentary. Oh, they also chose one of the blokes who just happens to be a tradie Lisa has known as a friend for years and, unsurprisingly, one of the two best kissers are chosen for a 24-hour individual date with Lisa.

This is where, I think unintentionally, the “bang” (as in slang for sex) part of the series title comes into play. They share an apartment – but will they share a bed?

In this case, yes, there was indeed a bang – much to the angst of Lisa’s sister. But apparently with only one of the two – the tradie she’d long fancied.

And he got to go with Lisa on THE BIG PRIZE – a holiday! I felt sorry for the also-ran. He had to turn up at the airport with his bag packed, only to be sent home all on his lonesome.

Mercifully, Channel Seven budgets don’t seem to stretch to cover the holiday and we are treated to a series of selfies and phone-shot videos to find out how they went.

I zoned out of what happened next. I hope Lisa’s happily ensconced with her tradie and that he does her plumbing and painting.

Out of curiosity, I checked out the science behind why we kiss and found the study of kissing is called Philematology. Fascinating theories abound.

For example, Helen Fisher, a US biological anthropologist, says it’s all about the testosterone in our saliva. She reckons men like sloppier kisses because they are unconsciously trying to transfer their testosterone to stimulate sex drive in women.

But did we learn if a good kiss is a sloppy kiss for Lisa? No we did not. Instead, we got rather embarrassed and nervous comments about how she felt at the end of the snogs.

I just felt like a bit of a pervert for watching what should have been an intimate, private moment between two people looking for love.