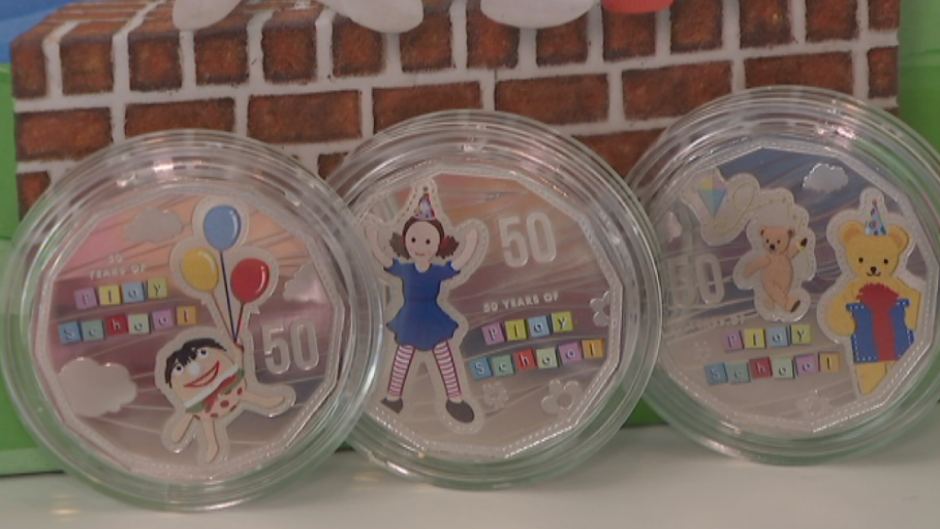 There’s a bear on there, and a few of his friends as well.

The Royal Australian Mint in Canberra has marked the 50th anniversary of the TV show Play School with specially designed 50 cent coins for collectors.

Play School‘s actual anniversary might not be until July but that did not stop hundreds of young and the young at heart turning out to the Mint to sing Happy Birthday.

Former Play School presenter Simon Burke did not disappoint, belting out all of the favourites like Miss Polly had a Dolly and the Play School theme song.

The Mint is the latest national institution to join in on the celebrations after the National Museum opened its Play School exhibition earlier this month.

“We try to celebrate the major events in Australia and this is a major occasion, the 50th birthday of an institution,” Mint chief Ross MacDiarmid said.

“Many of us have had the opportunity to watch it, watch our children watch it, or someway be connected to it, so it was our chance to be a part of the celebration.”

The set of three commemorative coins will sadly not be going in circulation, but can be bought for $45.