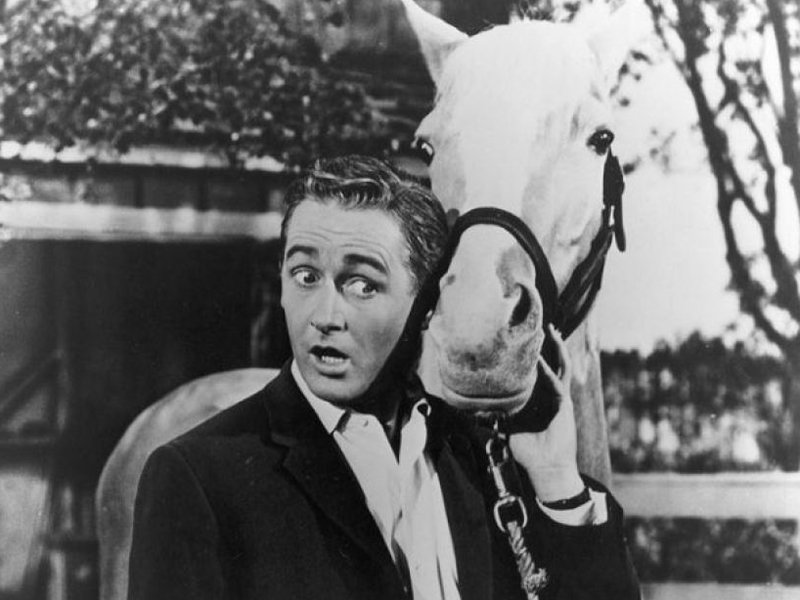 The Emmy award-winning actor Alan Young, who rode to enduring TV fame alongside a talking horse on the popular 1960s sitcom Mister Ed, has died at 96.

The English-born actor is best known for his role as Wilbur Post on the comedy series, which ran 1961 to 1966.

• This might be the most insane TV show ever
• Screw high heels. You should wear these instead
• Cannes 2016: the best and worst red carpet looks

However he had earlier hosted The Alan Young Show, which won several Emmy Awards.

Young made numerous films and television shows during his career, and also provided the voice of many animated characters, including Disney’s Scrooge McDuck.

Born in England in 1919, Young and his family moved to Scotland before making their way Canada where he developed a love of radio.

By the time he was 13, Young had become a radio performer, and by age 17, he was writing and performing in his own radio show for the Canadian Broadcasting Corporation.

The work led to him moving to the United States and transitioning into television.

He was married three times and had four children.

Young died from natural causes in a Los Angeles retirement home for those in the movie and TV industry.

Actor who co-starred with a ‘talking horse’ dies at 96