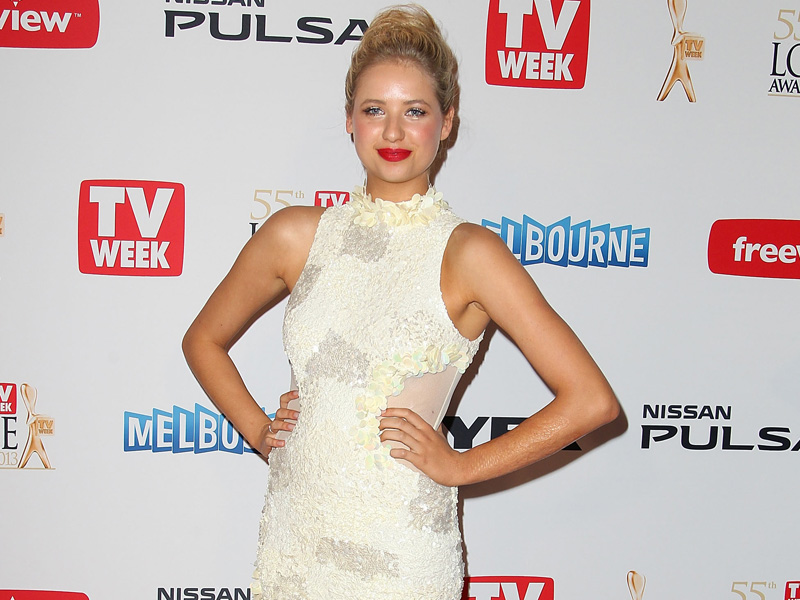 Iconic Australian soap opera Home and Away has left viewers baffled after appearing to mix up a character’s amputated limb.

Osborne, aged 25 in the show, lost her arm in an earlier episode as the result of an injury incurred in a fiery car accident that killed two other characters.

• Prince Harry lauds Aussie athlete’s courage
• Q&A: ‘Superior virtue of the oppressed’ prevents debate on Islam
• No, News Corp, you are not the victim here

But on Tuesday, a scene seemed to show the character nursing the amputation on her right arm, with her left arm seemingly fully intact.

Below is a side-by-side comparison of two scenes in the episode:

“Did anyone watch Home and Away and see Maddy. It was the wrong arm,” Doug Barton tweeted.

Even ABC’s Media Watch got involved.

It posted a photo of the shots side by side along with the caption: “Soapies are not normally on the Media Watch radar, but we couldn’t go past this continuity bungle on Home & Away last night.”

Many Australians responded to the ABC on social media, debating the role the lamp behind the character played in the shot. Even Media Watch remained confused.

“Yes, you would think the bandaged arm would be away from the lamp in a reflection. It is hurting my brain…unless there are two lamps?” the ABC account replied.

Rohan Goddard wrote: “But the phone doesn’t appear in the above shots… and you can see both lamps are in the same corner with the short white wall section…”

In the end it was left to Channel 7 to clear up all the confusion.

It tweeted: “On @homeandaway last night Maddy was looking in the mirror so it appeared her bandaged arm was on the other side.

“Thanks for noticing, we love that you’re paying attention #reflection.”

What do you think?

On @homeandaway last night Maddy was looking in the mirror so it appeared her bandaged arm was on the other side 1/2 pic.twitter.com/DIhDcvsvrE

Thanks for noticing, we love that you are paying attention. #reflection @homeandaway 2/2

How one Home and Away scene bewildered fans