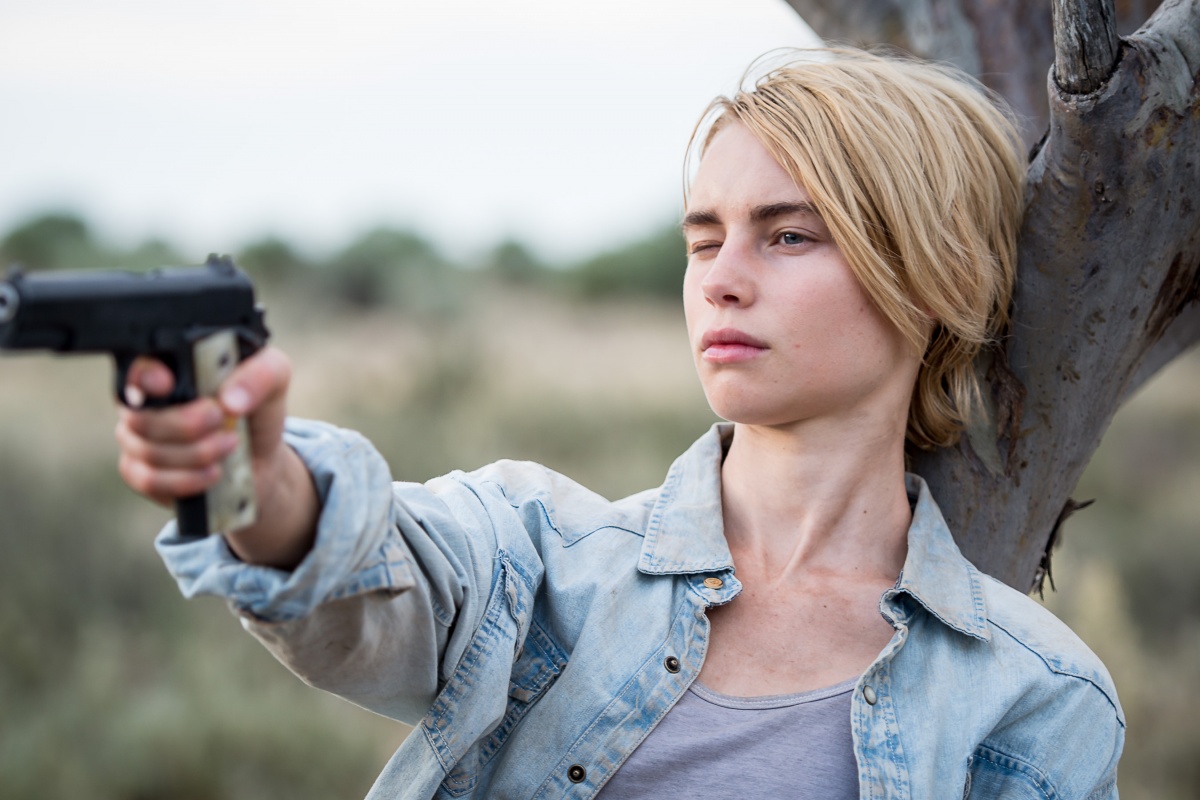 Mick Taylor is back.

You may not recognise the name, but it’s hard to forget the maniacal grin of the gruff outback killer who tore tourists to shreds in the cult Australian horror film Wolf Creek.

Following a tidal wave of others before it, Wolf Creek has been re-spun for the small screen by streaming service Stan.

The show’s stars were cautious about signing onto something that could go horribly wrong.

“I wasn’t convinced when Greg [McLean, the show’s director] rang me,” says John Jarratt, the man behind the murderer.

“I couldn’t see it working. But I saw the script and that was it,” he tells The New Daily.

Jarratt points out that while the show is a slower burn being a six-part series, horror-heads still get their first feed in the opening minutes, with the brutal murder of an American family on a caravan holiday in the Northern Territory.

Holed up in her room listening to music, moody teenager Eve (played by rising Australian star Lucy Fry) is spared from the same fate as her parents and little brother, who are ruthlessly executed by an eerily jovial Taylor.

The decision to give talented athlete Eve a prescription drug addiction brings new depth to the typical slasher movie victim, something evidenced early on when she decides to take the hunt for Taylor into her own hands.

“I actually love it – it’s such a release,” Fry says, adding that she was so engrossed in the character during filming that she found herself accidentally referring to Eve in the first person in an interview.

“[The interviewer] thought I’d lost it,” she says.

And it would be understandable: Eve goes from gun shot victim, to orphan, to vigilante hunter within the show’s opening episode.

As Taylor relentlessly continues his outback killing spree, Eve embarks on a game of cat and mouse – a chase the show’s creators seem intent on extending until the closing episode.

While Eve and her nemesis take up the lion’s share of airtime, a motley supporting cast is divided into those who deserve more, and those who fail to bring much to the table.

Deborah Mailman (The Secret Life of Us, Offspring) is always captivating and should be better utilised, while familiar face Jack Charles gets a similar treatment.

But that doesn’t stop the show from being a very watchable option for Stan subscribers chasing their fill of homegrown gore.

Watch the trailer for Wolf Creek below