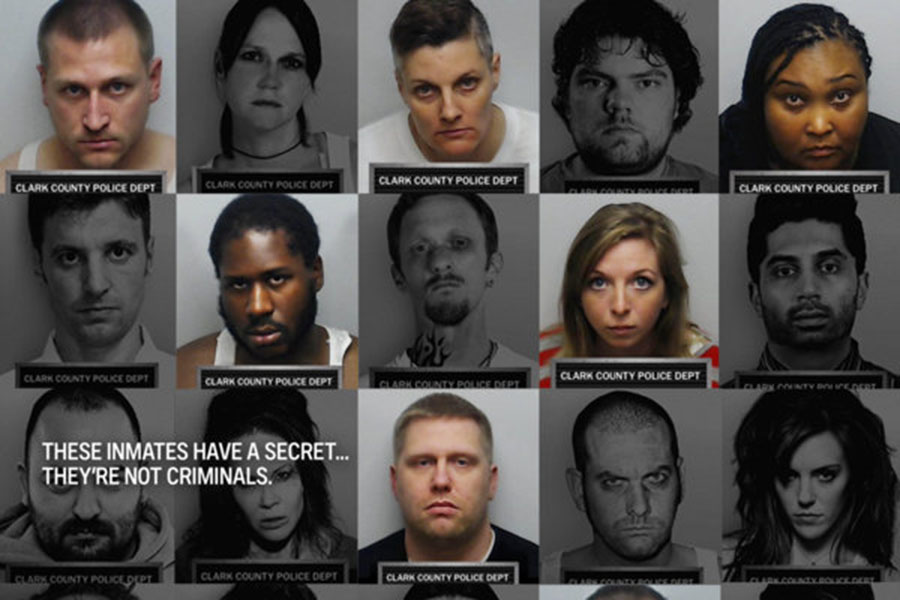 So, you’re a TV commissioning executive at the Arts and Entertainment Network (A&E) in New York. A producer comes in with a pitch.

“We’ve found a newly-appointed Sheriff who will allow us to rig his mixed sex, drug-riddled, violent, overcrowded Clark County jail with 300 fixed cameras and let us make a series about life for first-timers.”

“But, wait, there’s more!” says the producer. “He’s also going to source, with us, seven innocent volunteers to go undercover for 60 days, disguised as first-time prisoners, so he can work out what’s really happening inside his jail and start much-needed reforms.”

“Are you NUTS? It’s ethically nightmarish,” says the exec. “But it’s a BIG FAT YES from me.”

Okay, that conversation is imaginary but 60 Days In is not.

The volunteers (four men and three women) have different motivations and, I hope, a damn fine legal agreement with the producers should anything go wrong. Big Brother, this is not. The prison staff know nothing of this experiment. They’re on their own.

The 12-part series started on Foxtel’s CI Network on Wednesday.

Robert is a teacher out to prove prison is a holiday camp and, from the start, he’s a problem. He wants to take in his soft-bristled toothbrush! Is he for real?

Zac’s an ex-Marine who wants to work in law enforcement, Barbra’s a stay-at-home mum and Tami’s a police officer and gay mother of two who reckons she could have ended up in jail after a rugged childhood and now wants to experience what it’s like for those she arrests.

I’ve seen five of the 12 episodes and it’s gripping. Insane but gripping. The first episode focuses on training them to cope with what’s ahead. Basics like “never call someone a bitch” – an instant hiding will follow. Don’t ask questions. Fly under the radar. Don’t be a smart arse. If you want to keep hold of your own knickers when you go in, make sure they’re white.

All are given cover stories about their crimes but they MUST get their cover story right and stay with it.

Soon it all starts to unravel. Without giving too much away, within days, Robert completely screws up and ends up in solitary for 30 of his 60 days.

Isaiah – who’s there to understand what his brother is experiencing in jail – sees a really vicious fight within hours of arriving and struggles to cope. Tami’s anger builds to the point where she takes on “Boston”, an inmate who sees herself as number one, and it’s on for one and all.

Zac tries to go too deep undercover to be able to report on the drug activities in the jail and is under severe risk.

This is an extraordinary “social experiment meets reality TV” with all sorts of potential for disaster. Prison is essentially boring but the violence and power games make this a frightening, menacing environment for our “fish out of water”.

I was once in a similar position to the A&E executive, so would I have commissioned this series? Assuming the right checks and balances are in place, the participants are fully aware of the significant risks they face and the producers are experienced, you bet I would have!

Before it even went to air, A&E had made a second series. Once screened, jail staff around America will cotton on and there won’t be another opportunity.

Twelve episodes might be a stretch too far but I suspect I’ll be there until the end.

This might be the most insane TV show ever