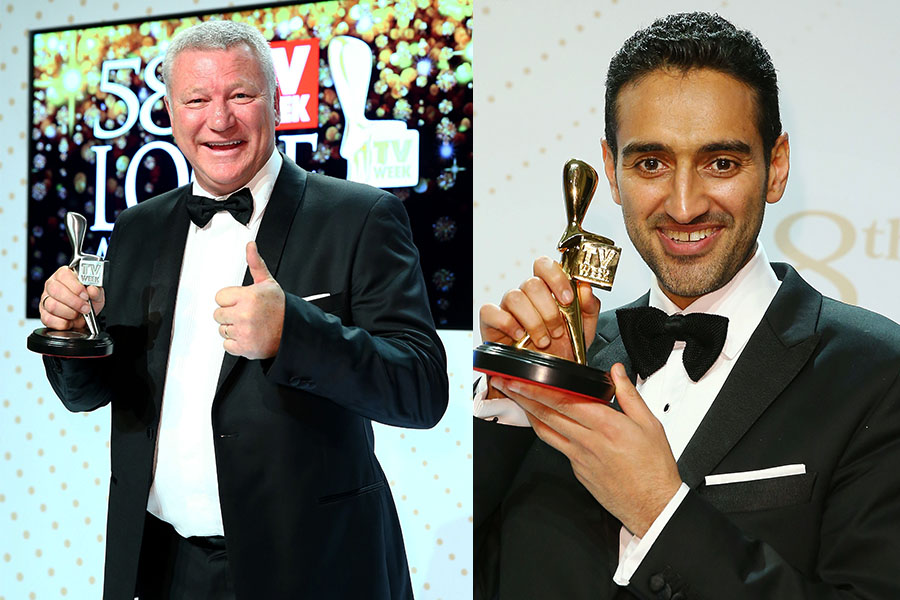 Former Gold Logie winner and host of The Block, Scott Cam, realised he was very unlikely to win the award again at Sunday night’s ceremony.

“I recognised the fact that I was about 100 to one and that was alright,” Cam told The New Daily at a Channel Nine recovery brunch on Monday morning.

The 53-year-old, who won the award in 2014, said he didn’t think triumphant winner Waleed Aly was as blindsided by his win as he made out to be in his acceptance speech.

In his now-viral speech, Aly joked that he thought he had more chance of winning an AFL Grand Final than a Gold Logie.

“I think he knew he was a chance,” Cam said.

“I think he was aware of that – he’s a smart man. He knows. He’s probably just being humble.”

Cam admitted he’d had no chance to chat to Aly after his win, explaining, “he’s whisked away pretty quickly”.

“I’ve been there before, I know what happens.”

While the popular host himself missed out on the top honour, The Block nabbed Best Reality Series and he partied until the wee hours of the morning.

Also in attendance at the brunch was Logies host Dave Hughes, who admitted he ran some of his contentious material past his targets before the show.

“Shane Warne … I said to him, ‘mate, be in the room I’m gonna stir you’ and he said, ‘alright I’ll be in the room’,” Hughes explained.

“He loved it, his face might not have looked like he loved it but he definitely loved it. He loves being mentioned.”

In his opening monologue, Hughes quipped: “[Warne] did so well on I’m A Celebrity Get Me Out Of Here he’s doing his own version after the show in his hotel room! It’s called I’m A Celebrity, Get In Here!”

Presenter Julia Morris was also lapping up the attention in the wake of her impromptu performance of ‘I Need a Hero’, which she insisted was entirely unprepared.

“I literally came backstage, bumped into Jimmy Barnes, threw myself at him and then all of a sudden those doors were opened and I was singing. I thought if I do some really bad dancing it might pull some of the focus away from it,” Morris said.

“There was no time for warm-up. Halfway through the song I was thinking ‘I don’t even know if I can reach those top notes’. Guess what the answer was? No.”