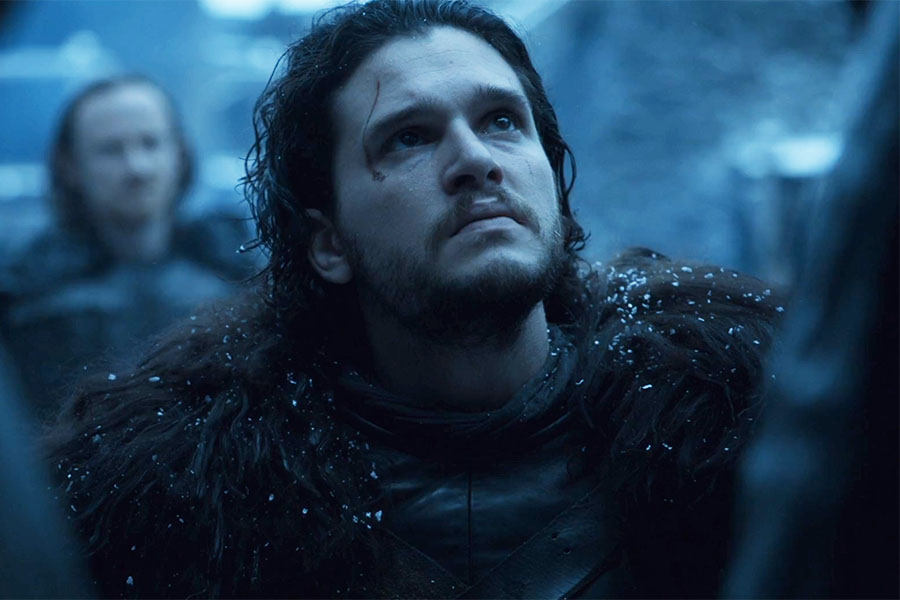 The latest episode of Game of Thrones might have gone part of the way to answering the show’s biggest question: who are Jon Snow’s real parents?

While fans of the show, along with the rest of Westeros, were made to believe Jon is the son of Ned Stark and a random prostitute, fans of the book have long known that isn’t quite the whole truth.

Ned Stark was an honourable man who loved Catelynn Stark. Why would he betray her like that? It never made sense.

When showrunners DB Weiss and David Benioff sought George RR Martin’s blessing to convert his books into a TV show, he asked them to name Jon Snow’s parents.

When Weiss and Benioff answered that question correctly, he gave them the rights to convert the novels to a series.

The answer likely lies in the tower Bran visited this episode in a flashback with the Three-Eyed Raven.

In the flashback, Bran watched as his father confronted Targaryen soldiers with the help of Howland Reed, Meera’s father.

“Where’s my sister?” Ned asks, referring to Lyanna Stark, who we first met as a young woman in last week’s episode.

After Ned makes it through the swordfight unscathed, he hears screams from the tower and runs to it. Bran tries to follow but is stopped by the Raven.

Book readers will know it as the Tower of Joy, a place first introduced in Martin’s debut novel 20 years ago.

In the book, Ned dreams he finds Lyanna in the tower, dying in a “bed of blood”. Her final words are “promise me”.

Lyanna was betrothed to Robert Baratheon, but she was taken by – or ran off with, depending on what you believe – Rhaegar Targaryen.

Many believe Lyanna was lying in a bed of blood because she’d just given birth to a baby and her dying wish was for Ned to raise the child as his own to protect him from Robert.

That child may or may not be Jon Snow, meaning Jon is not the bastard of Ned Stark but the son of Lyanna Stark and Rhaeger Targaryen.

If only the Raven had let Bran follow his father into the tower, we might have learned once and for all if this popular theory is true. If it is, Jon Snow is the personification of ‘The Song of Ice and Fire’ and probably has Targaryen dragon-wrangling abilities and Stark warging skills.

Unfortunately, right now he’s not feeling too flash. Fresh new haircut aside, the Jon we saw in this episode was a different man to the one stabbed by his Night’s Watch comrades.

Him breaking his oath wasn’t too much of a shocker (we would too after the treatment he received) but him hanging a young boy – no matter how evil Olly was – was out of a character.

This could suggest that while Jon is back, he’s not all there. He told Ser Davos he thought he’d done the right thing and had been murdered for it, so this could mark the transition from good guy to semi-good guy who makes occasionally bad choices.

In other Stark family news, the Tower of Joy scene also featured another important hint, this time about Bran.

Although the Raven insisted “the past is already written, the ink is dry”, Ned’s momentary pause on the tower’s steps when Bran shouted to him suggested Bran might have the power to interact with the past, rather than just observe it.

This would have major implications for the rest of the show if Bran discovered this ability. The prevention of his father’s death, perhaps?