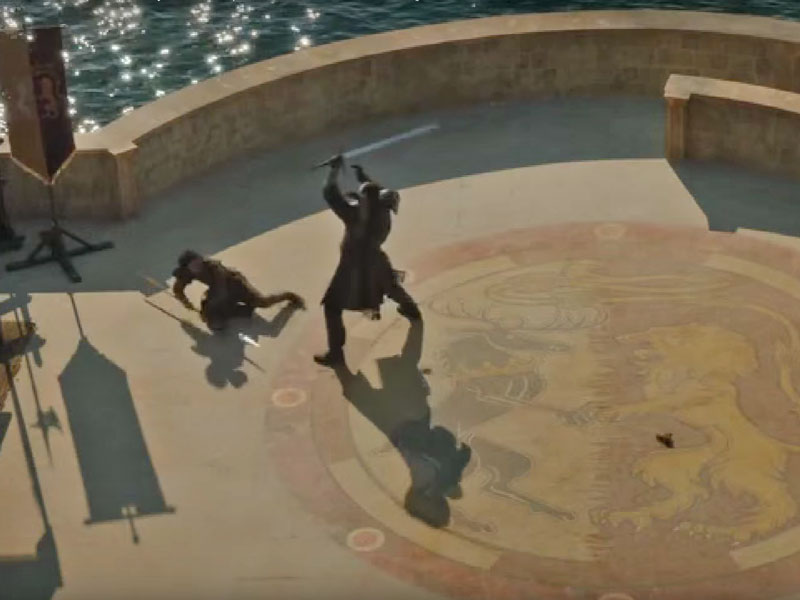 From an abandoned communist-era hotel to a 2000-year-old mountain fortress, in reality Westeros is far from what it seems.

Season six of the American fantasy series premiered on Sunday and unlike previous seasons, will pioneer the futures of its rapidly declining list of lead characters as it moves beyond the storyline of George R.R. Martin’s A Song of Ice and Fire.

The New Daily went behind the scenes with the HBO series’ Australian production designer and art director, Deb Riley, to discover the secrets of bringing Game of Thrones to life.

The seaside castle city of Dubrovnik, Croatia, is the home of King’s Landing, but one of the most memorable and shocking episodes of season four, The Mountain and the Viper, went outside of the city walls.

The luxurious Hotel Belvedere was destroyed in war in 1991, just 16 years after it was built.

“We found it absolutely covered in graffiti with terrible metal railing around it, the bones of the theatre were intact and that was all we cared about,” Ms Riley said.

“So with lots and lots of plaster work paint in the scorching Croatian sun, the space had been completely transformed.”

But the most remarkable part of the location was a hand-painted Lannister and Baratheon sigil seen under the feet of the warring men.

“It was absolutely beautiful and painted as though it was the most stunning mosaic,” Ms Riley said.

Unlike the polished, conventional buildings and streets in King’s Landing, Meereen was marked by its wild appearance, and monolithic pyramids.

But despite the appearance, it was actually filmed quite close to the Westeros capital’s set in Dubrovnik.

“The [Klis Fortress] ruins that remain on top of that tiny little mountain path are completely unable to be accessed on three sides,” Ms Riley said.

“It has been of enormous strategic value to Croatia throughout time, but the thing that charmed us was just how different it was to King’s Landing.”

More than a playpen and squeaky toys, the dragon chamber inhabited by Daenerys’ scaly pets is actually the basement of an ancient Roman palace.

Built by emperor Diocletian as a retirement residence, it is the world’s most complete remains of a Roman palace and a UNESCO World Heritage site.

The chamber is beneath the pyramids in Meereen, and Ms Riley said key to “dragon daycare” was the impression it was “heavy enough” to believe it was part of the slave city.

But the world heritage listing meant they were very limited in changes to the set, just stairs and a mural, to make the hall appear larger, were added.

The unlikely location secrets behind Game of Thrones