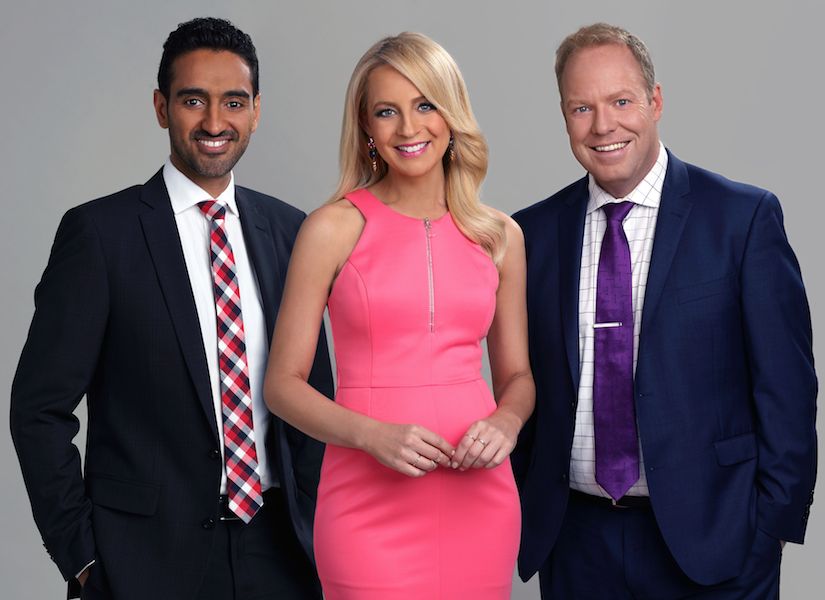 Barely 24 hours after the Gold Logie nominations were announced, the selection process for this year’s nominees is already copping backlash – and it has everything to do with Waleed Aly.

The first reaction came on Monday morning’s Today, when host Karl Stefanovic joked that his co-host Lisa Wilkinson was “too white” to be nominated for the coveted award, which is given to the television personality voted for in an online survey of the general public.

“Lisa’s too white,” replied Stefanovic – who won it in 2011 – while Wilkinson quipped: “I got a spray tan and everything, and I still didn’t make it.”

Meanwhile, a “well-placed TV insider” told The Herald Sun on Tuesday that choosing Waleed Aly was a “complete joke”, because he and his show are not popular enough.

“The Logies is an embarrassment,” the person said.

“What has Waleed ever done? Because he does an editorial slapping someone down every now and then, does that qualify him for a Gold Logie? And is The Project successful? No.”

Aly and SBS World News host Lee Lin Chin’s nominations are significant because they are the only non-caucasian people nominated in what has traditionally been an all-white affair.

The other three nominees – Aly’s The Project co-host Carrie Bickmore; The Block’s Scott Cam; the star of Miss Fisher’s Murder Mysteries, Essie Davis; and Family Feud and The Great Australian Spelling Bee host Grant Denyer – not only include a former winner (Bickmore) but also do not stray from the consistently Caucasian winners that have received the Logie since … forever.

Interestingly, when Bickmore was named the 2015 recipient, there were no comments on how poorly The Project was rating. Instead, she was widely (and deservedly) celebrated after she dedicated her speech to raising awareness for brain cancer, which claimed her husband in 2010.

Since he joined The Project, Aly has been credited with lifting its poor ratings after 18 months of revolving door presenters left it – and the audience – confused about who would actually stay long enough to build a brand.

Host Dave Hughes left at the end of 2013, followed closely by Charlie Pickering, who departed for the ABC only four months later. Hughes’ replacement, Peter Helliar, was joined by Rove McManus as a six-month stop gap while executive producer Craig Campbell looked for a permanent host.

Eventually, that replacement became Aly, whose appointment boosted the show’s ratings by around 10 per cent in his first year on air.

Indeed, it is difficult to believe the 37-year-old writer, academic, lawyer, columnist, host, musician and sport-lover has achieved nothing to warrant a nomination in the country’s popularity stakes.

Just last month, Aly was awarded Victoria’s prestigious journalism award, the Quill, for best commentator following his impassioned speech against Islamic State during his regular segment, ‘Something to talk about’.

So why the backlash? While many would suggest racism is the cause, it could also be a case of industry dinosaurs struggling to catch up the changing landscape of television.

“There is a disconnect between what people expect from popular TV celebrities and the reality to what is resonating with viewers,” he told The New Daily.

“We live in a social media age where Waleed Aly has a huge profile – especially in the wake of the viral success of his clip on The Project where he proclaimed ‘ISIS is weak’.

“[He] is a smart, articulate Australian who has a profile that exploded in the past year. His success is exactly what should be rewarded by the Gold Logie.”