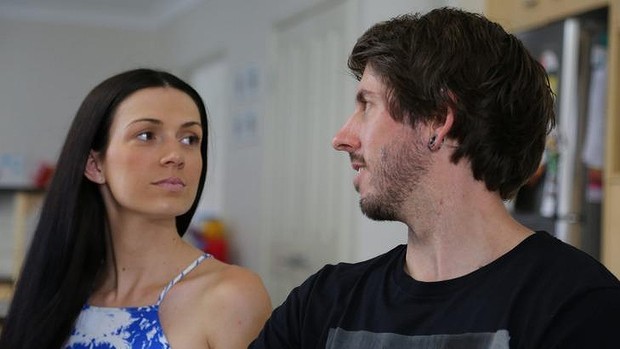 Seven Year Switch, the much-hyped ‘partner swapping’ reality show that premiered on Channel 7 on Tuesday night, is not about couples seven years in.

It is not a social experiment. It is certainly not a form of therapy.

• Fev rules the jungle on I’m a Celebrity…
• Petition: Warne should donate reality show pay
• The X-Files is back, but is it any good?

Seven Year Switch is a shameless, heartless and deeply cynical exploitation of four couples at an extremely vulnerable time in their lives, delivering nothing more than a voyeuristic blood sport while protesting all the while its ambition is to help.

The show uses a thin veneer of humanity and a clever misuse of words to disguise a slightly racist, slightly homophobic, more-than-a-little sexist and monstrous conceit.

It is small-minded. It is cruel. And it lacks even a skerrick of humanity.

In short, this is the Donald Trump of reality television shows.

For those who have missed the advertisements, the notional conceit is that we meet four couples: each living together for many years and each struggling with significant relationship issues.

They are on “the brink of separation”.

They are then split up and each is sent to live with another “more like-minded partner” from one of the other relationships for two weeks.

This fortnight away from reality happens in a luxurious holiday house with one bedroom, one bed, and all the social lubricants that a Big Brother house could provide.

If you want an example of the kind of fare we were subjected to in episode one, take Jackie and Tim, fitness instructors from Melbourne.

Jackie is a control freak and a workaholic. And Tim is a reprobate.

Tim won’t display affection. Jackie admits that he has only said the words “I love you” once, in a text message, and she took a screen shot in order to save it.

Jackie sets Tim some rules for their fortnight apart and due to some pretty heavy-handed producing and editing, warns Tim approximately eight separate times never to ever get in a spa with his new partner.

“The spa is a deal breaker,” she says.

Get it? Because it makes it sound like she’s talking about his penis. When we’ll all be shocked to learn she’s not. At all.

Episode one consists entirely of the selection and separation process.

The eight individuals are poked and prodded by producers to confess their deepest relationship anxieties and frustrations in front of each other (and the cameras).

The candidates who have been chosen fill the spectrum of useful reality characters.

The couples are told, as are we, that this is a “brave new social experiment” dubbed “switch therapy”.

That is not a real form of therapy. Anywhere. Even the show’s own relationship experts admit that.

This is neither a scientific study nor the real world test of an unproven theory.

This is couples-ploitation. And like the Colosseum-filling butchery of Roman times, the audience that will watch, should be aware that by doing so they will be passively approving wanton cruelty.