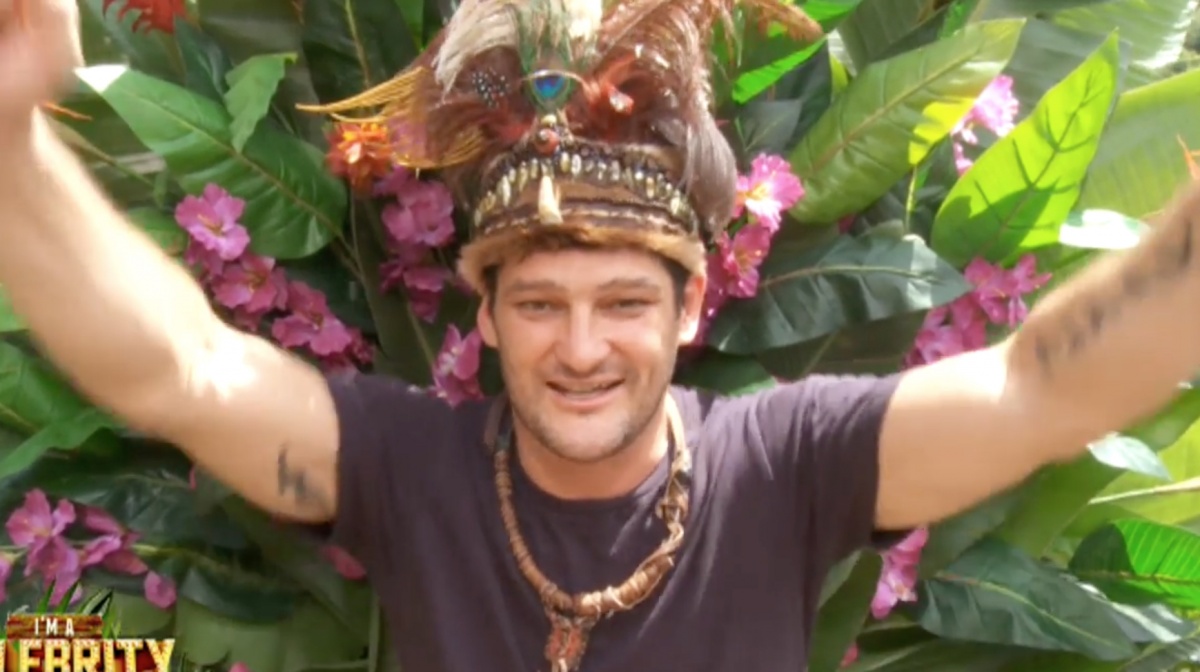 After 45 days it came down to three celebrities, at least two of whom you’d heard of before the whole thing began. Now I’m A Celebrity… Get Me Out Of Here! is over for its second year, and Brendan Fevola has been crowned the champ.

The first decree of Fevola’s reign was a smart move and a brilliant symbol.

Without waiting to blink he instantly declared that half of the $100,000 prize money that he had won for charity would be donated to that of his runner-up and “best mate” Paul ‘Chief’ Harragon.

Fevola’s own charity of choice is the Shane Warne Foundation, leaving a potential minefield to navigate blind after a month-and-a-half away from the news. Yet this newly beloved boofhead instinctively nailed it. He deftly assured us the money was going to go to the needy, while simultaneously never casting a shadow on another friend: Warne.

So while it may be tempting to just write this result off as ‘another year, another win for a sports star’, in reality there are more differences than similarities between the journeys undertaken by the Australian show’s two champions.

Not telling the Shane story

Last year interloper Freddie Flintoff was the Brit who crashed the party. Literally a late arrival as one of two intruders, he started popular and he finished popular. His reformation had happened long before he arrived, with a pass on a night of booze following the elephant race about the only touch on his abstinence.

If this season was going to imitate last, around about now we’d be discussing the win of Warne. Instead he suffered the ignominy of finishing fifth with a surprise early exit on Tuesday. Worse, he failed to change the popular perception of him.

Between espousing theories of alien involvement in evolution to a unilateral character assassination of Steve Waugh, Warnie has made headlines for, if not the wrong reasons, then certainly not for game-changing ones.

The king of spin has singularly failed to spin his own story. As he went into the jungle there were questions about his charity. As soon as he left, Waleed Aly was back on the topic and copping a spray for his troubles. The only other headline we’ve seen since about Shane involved the desire to arrange a date with Carmen Electra.

Instead, the redemption story from day one has been that of Brendan Fevola. A man who arrived in the jungle somehow known as well for his drunken red carpet hosting antics and photo-taking shower liaisons as for his impressive football skills.

The decision to include Fevola in the pack of the second season seemed at first an easy bid for scandal fodder by producers yearning for attention in a competitive TV landscape. It was soon obvious that was not to be the case.

Fevola has completed an image overhaul through this series, winning hearts and minds with his positive, compassionate persona.

It worked because it has always seemed entirely sincere. Metaphorically baptized in the river rapids of the very first episode (and countless times in Tucker Trials since then), Fevola has been cleansed. He has also been contrite, taking an early opportunity to make a full confession, admitting his struggles with alcohol and with rehab. Since then he’s demonstrated great humanity. Supporting the friends we expected (Warnie) and making true friends we wouldn’t have anticipated (Anthony Callea).

He’s “a new improved version of the man I know” in his own wife Alex’s words.

A prince to the last

This frog has truly become a prince. The finale was no exception, delivering more opportunities to revise our estimates before and after his elevation to King.

A reality TV grand final is all about filling the hours before a one-minute announcement.

On Sunday night, the offerings included shoutouts to the final three from fellow celebs as well as family and friends. It was all very familiar, until the moment Australia’s heart melted once again for Brendan as the mere sight of his pop had him tearing up live on television to the point of being comforted by his fellow celebs.

Next up were the highlights from the family visits to the camp. While The Chief was clearly delighted to see his wife and kids and Laurina Fleure looked keen to pursue some private one on one time with her beau, Fev was all about the family cuddles. His daughters. His wife.

Every time we laid eyes on the trio – then after the final elimination of Laurina the duo – it was Fev who caught the eye as the big-hearted champion.

Which was lucky really, as the rest of the final was, almost by design, a bit of a lame duck.

For large portions of the night Chief, Fev and Laurina were shown watching us watching them like some surreal episode of ‘Celebrity Gogglebox’. Another riveting segment was devoted to Chief smiling at a waterfall like a gas-happy dentist’s patient.

In fact, had it not been for Fevola, the final massive Tucker Trial could have proved one dam-sized metaphor: no one actually hit the target, but a victory was claimed regardless.

Sure, there was Laurina admitting that “I’ve made a few tweaks” to her personality over the last 45 days. “At the start she was a pain in the arse,” says Chief and the highlights reels agreed. It was a rare dig from the Chief who demonstrated his status as the most positive person ever and possessed of leadership skills that one could wish could be bottled and distributed in Canberra.

But Sunday night was all about Fevola. Family man Brendan. Loveable Fev. We saw his pranks. We saw his positivity. As Jo Beth Taylor suggested: “He has the mentality of a four year old.”

That includes straight talking. “It was about changing the perception of myself back at home,” he told the camera. “I wanted them to see the real me.”

We did. Time and again. And we liked what we saw. When Warne was breaking down in the face of crippling arachnophobia, Fev stepped up and got his mate through it. When the final chance to impress the voters was presented, he was the one who instead thanked the technical crew in Africa.

Moments before the result was announced, Harragon declared Fevola was “one of the all-time great dads” while predicting his career from here will be on a huge lift.

As ever, The Chief spoke words of profound wisdom. Brendan Fevola rules the jungle on I’m A Celebrity!