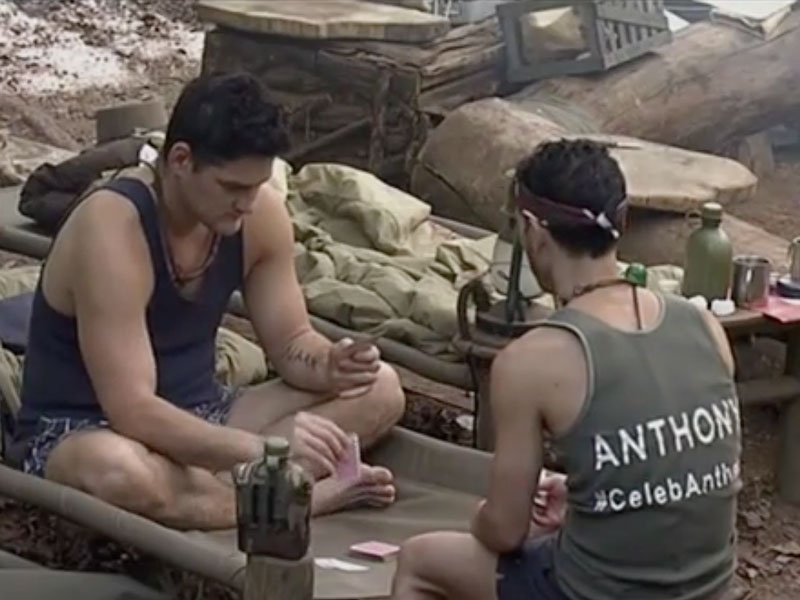 Shane Warne has described his disappointment that teammates of former footballer Brendan Fevola did not stop him making a fool of himself at a black tie AFL awards evening.

The infamous behaviour of the 35-year-old former footballer at the 2009 Brownlow Medal night was the topic of discussion on Wednesday’s episode of I’m a Celebrity … Get Me Out of Here!

The incident cost him his place on the AFL Footy Show and ultimately saw him leave Carlton, but he said he doesn’t regret a thing.

“I didn’t hurt anyone, I was just pissed, really pissed, if you didn’t notice.”

But Warne disagreed with Fevola’s claim of responsibility.

“Can I tell you, I blame Chris Judd for that,” he said.

“If that had of been in the cricket team and someone was doing that, the AB Medal, we would have just got them out of there rather than let him make a fool out of himself and let him go, I think it is absolutely wrong.”

At the 2009 awards, Gary Ablett Jr’s win was overshadowed by the loud antics of a heavily intoxicated Fevola.

Allegations of his behaviour both on and off camera emerged, including verbal abuse of other guests, vomiting and urinating on the Melbourne Casino facilities and sexually harassing other female guests.

Fevola was fined $10,000 and fired from the Grand Final Footy Show.