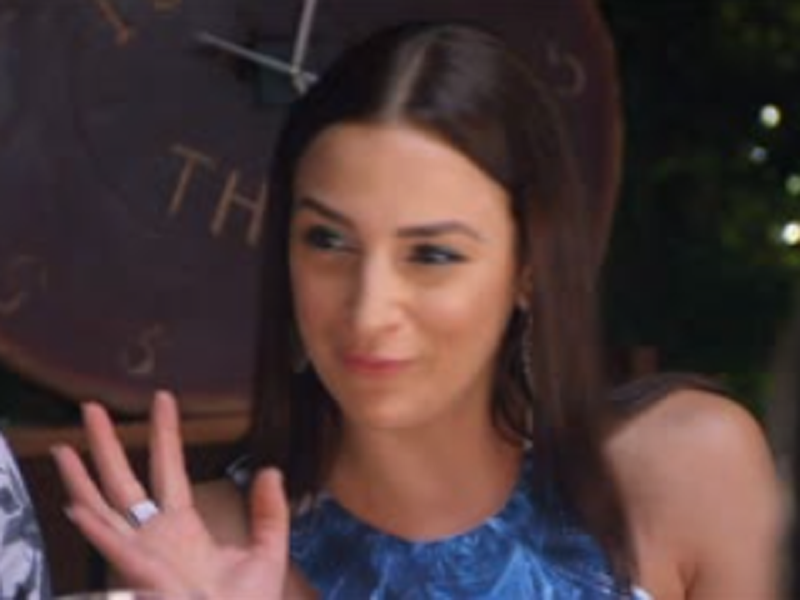 The battleground has clearly been established for contestants on Network Seven’s My Kitchen Rules as the players put gamesmanship ahead of the art of creating good food.

The night before, the husband and wife pair were scolded for the dishes they served up, with one judge describing their entrée and dessert as “unctuous”. They were awarded an overall score of 21 out of 50, placing them on the bottom of the leaderboard.

• Channel [V] to shut down after 20 years
• The ABC wants to gobble SBS, not save it
• Warnie threatens to quit I’m a Celebrity

So when Queensland father-and-son duo Mike and Tarq served up their entrée of prawns with green paw paw salad and sweet chilli and red paw paw dipping sauce, most of the contentants loved it.

But not Carmine and Lauren.

“For me, it was very sweet, for me. Initially when I had my first bit of prawn, I had this huge bit of garlic which had this really raw kind of garlicky, raw kind of flavour to it, which I didn’t really enjoy,” Lauren said with her face pinched.

“And I was expecting a real, kind of, and that freshness wasn’t there for me.”

Another contestant asked Lauren: “Are you super-analysing it maybe, which you wouldn’t have done before your restaurant?”

To which Lauren replied: “If people are judging a little bit more harshly, then guess we’ve got to jump on that bandwagon pretty quick smart.”

Hazel, sitting next to step-daughter Lisa, then chimed in: “That actually scares me. I don’t like strategic voting. It does not go down well in my book.”

Strategic voting? For advantage? In a reality TV competition? It’s a disgrace.

Lauren quipped back: “Of people around this table that everyone should be watching out for.”

And Lisa responded: “Who is she talking about? I want to know what she knows.”

The show then featured chats with each couple, behind the scenes, post-dinner, reflecting on the evening.

Hazel said: “I think there was a lot of whispering going on between Carmine and Lauren. I think they’re trying to work out who actually threw them under the bus.”

Lauren and Carmine were then interviewed and Lauren said: “Dee definitely judges unfairly.”

Carmine replied: “Dee would judge us harshly because Tim doesn’t get a chance to talk.”

Back at the dinner table,  Dee said: “We have to all sit together for several dinners. I don’t know why they want to make this awkward tension in the group.”

Back in the post-dinner interviews, Eve summed up the night in one word: “Awkies.”

Lauren and Carmine continued to reflect on their fellow contestants. Lauren said: “These peeps aren’t our friends.”

And Lauren added: “But there’s some people … starting to step on toes … I wouldn’t even catch the same bus as them.”

Carmine and Lauren gave Mike and Tarq’s instant restaurant a measly five out of 10, while, the other contestants scored it a combined average of eight.

My Kitchen Rules: ‘We’re not here to make friends’