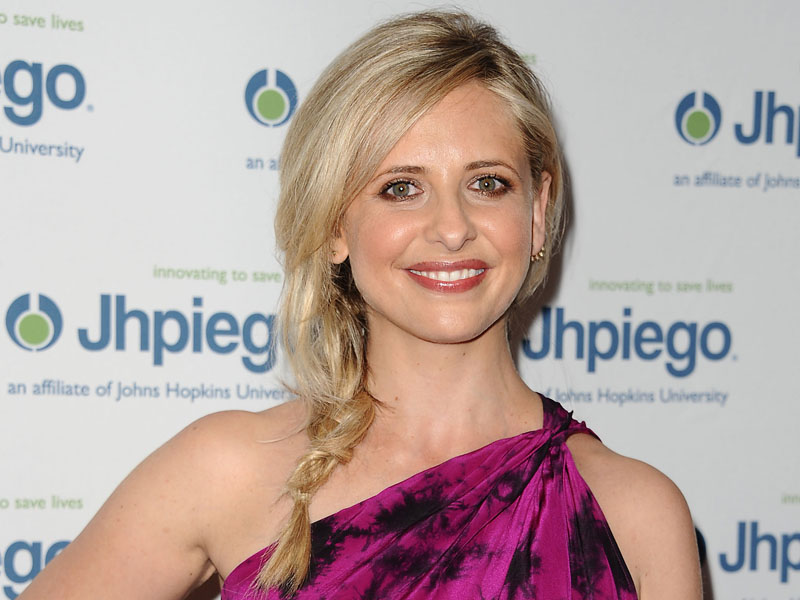 The 1999 flick Cruel Intentions, starring Sarah Michelle Geller, Reese Witherspoon, Selma Blair and Ryan Phillippe, attracted mixed reviews at the time but drew $75 million at the box office. It was followed by a direct-to-video sequel then a prequel.

Now, almost two decades later, Geller herself confirmed the news she would be making a comeback on the reboot.

• The X-Files is back – but is it any good?
• Warnie threatens to quit I’m a Celebrity
• Game of Thrones season six is headed for disaster

“That’s right ‘everybody loves me, and I intend to keep it that way’ #kathrynmerteuil is back!!! I am happy to say that I will be joining them (and @nbctv ) on the new #Crueltv,” posted Geller on her Instagram page along with a throwback to the 1998 film set.

#throwbackthursday (a bit early in Los Angeles) this picture was taken on the eve of production on the original #cruelintentions. Its me #rogerkumble (director) and #nealmoritz (exec producer) and the other is a picture of us now on the eve of production on the new #cruelintentions. That’s right “everybody loves me, and I intend to keep it that way” #kathrynmerteuil is back!!! I am happy to say that I will be joining them (and @nbctv ) on the new #Crueltv

The cult film focused around two wealthy step-siblings of an elite Manhattan prep school who make a wager – to de-flower the new headmaster’s daughter before the start of term.

The Cruel Intentions TV series will pick up more than 15 years after the movie left off, with the main lead being the son of Phillippe’s character (the late Sebastian) and Witherspoon’s character (Annette Hargrove) – Bash Casey.

Bash is tipped to be played by young star Taylor John Smith, who has had minor roles in CSI, Grey’s Anatomy, American Crime and Hawaii Five-0.

The TV series storyline will reportedly focus on Bash discovering his late father’s legacy written in a journal that was hidden years ago.

What the boy doesn’t realise is he will be introduced to, and engulfed by, Sebastian’s world of money, sex, power and corruption.

He will have to compete with Kathryn as she tries to take control of Valmont International – as well as Bash’s soul.

Also tipped to be cast in the pilot is Samantha Logan (The Fosters) who will play Cassidy, the spoiled daughter of Kathryn’s husband Pascal.

Although Witherspoon’s character will be part of the new series, she was not approached for the role, Variety reported.

The film’s original director and writer, Roger Kumble, will be executive producer and direct the pilot.

The Cruel Intentions reboot is just one of many past hit TV show remakes, including a new season of sci-fi show The X-Files, Twin Peaks – which can be viewed on Showtime – and Full House will return as Fuller House on Netflix in 2016, all featuring most of the original cast members.