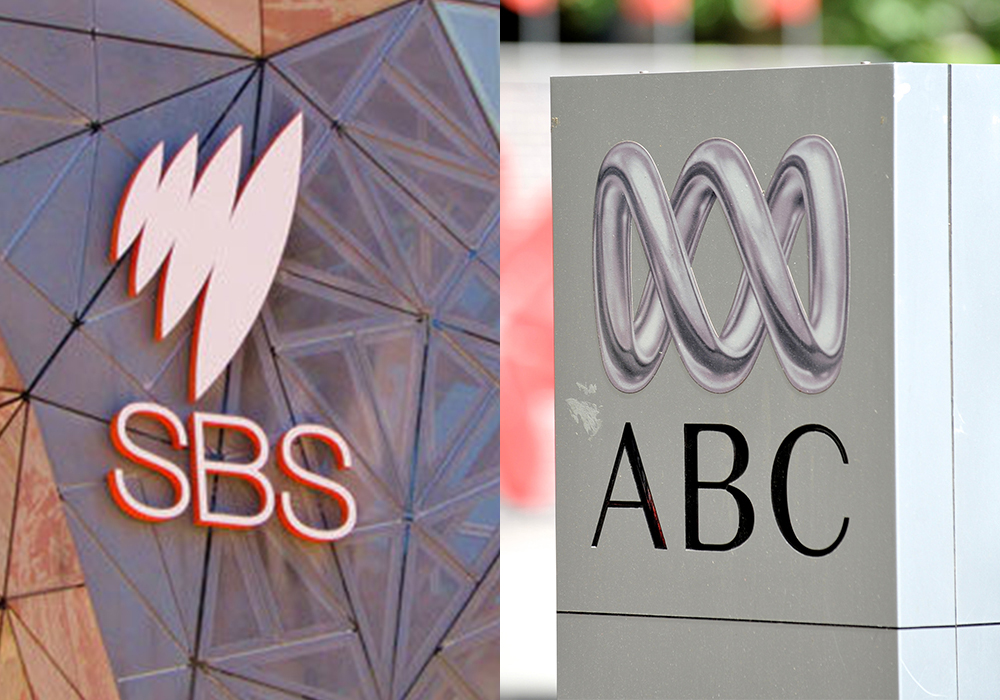 Steve Aujard President of Save Our SBS

While ABC chief Mark Scott is prone to talking up the idea of merging Australia’s two public broadcasters, he has never been able to justify how multicultural broadcasting would be improved under ABC control.

Let’s be realistic about what Scott is proposing. It is not a merger of equals but a takeover of SBS and National Indigenous Television (NITV). And there are some important assets he would like to secure – the cash which goes to SBS and a swath of broadcasting spectrum that is worth billions.

Save Our SBS is opposed to that and doesn’t accept Scott’s assumption that the ABC is the right organisation to oversee the delivery of migrant language programming in Australia.

Since the mid-1970s when publicly-funded ethnic radio stations hit the airwaves in Sydney and Melbourne (with the formation of 2EA and 3EA), SBS has progressively filled the programming voids that the ABC helped to create.

To this day, SBS radio – spot on charter – continues to perform a special role promoting social cohesion that is foreign to the ABC.

Let’s never forget that the birth of SBS is mostly due to the fact that the ABC failed to embrace multicultural and multilingual broadcasting.

While it is a complete mystery to me as to how the ABC would improve SBS radio services, Scott also has to explain how his management would make the television service comply with the SBS charter.

He has never done that.

The ABC is one of the most Anglocentric-dominated organisations in the country. Is the ABC an appropriate place to house and nurture the SBS? Let’s look at their track record.

The ABC’s Radio Australia broadcasts in eight languages to Asia and the Pacific. The general attitude towards Radio Australia from staff within the ABC is that it is either a training ground or the place where staff are dumped.

Sadly, this vital Australian broadcasting service is not nurtured or loved by ABC staff. I believe within the ABC, the SBS will be seen as another dumping ground for difficult or non-performing staff and as a translation service provider.

So what are Scott and the ABC’s motives for wanting to capture SBS?

I believe the real reason Scott is angling for a merger is he wants the funding that would have gone to SBS to be directed to the ABC instead. He also knows if all the SBS channels were closed, that combined with other fragments in a spectrum re-stack, would free up a lot of broadcast spectrum worth potentially billions of dollars.

After shutting down SBS’s existing stations, the ABC could rake in oodles of cash to recapitalise its broadcast services at the expense of migrant broadcasting.

Former ABC digital manager Fergus Pitt this week spilt the beans on this aspect of the merger.

Pitt argues in a report for the Australia Institute that after rationalising the stations, SBS broadcast spectrum could be “reallocated”.

That’s code for the auctioning off – or licensing out to private industry for data purposes – the public airwaves that SBS uses to broadcast its programs.

Save Our SBS understands that discussions have already occurred within the government along these lines.

If Prime Minister Malcolm Turnbull supports social cohesion, a multicultural Australia and the important role of SBS, then he needs to rule out now any intent or possibility from his government of an ABC-SBS merger.

The only people promoting a merger publicly are Scott and a small band of former ABC executives, including Pitt.

That hardly lays the groundwork for a merger of equals.

It’s almost as if these people want to cash out SBS so they can make up for the funding cuts imposed on the ABC in recent federal budgets.

That might be some kind of solution for the ABC, but it leaves SBS on a rubbish heap.

Pitt’s report suggests that SBS online news is failing and should be closed, adding that it should become a translator service of ABC news.

This recommendation is curious because elsewhere the report acknowledges that the ABC has less than 8 per cent of its content makers from a non-English speaking background.

In essence, Pitt wants a scaled-down SBS news presence predominantly through the eyes of a translated Anglocentric perspective, not as told from the view of a non-Anglo report for a particular community.

SBS television needs to comply with its charter

Aside from the occasional program, I would not for a second defend the programming decisions of SBS television in the last 10 years as being on charter.

Current TV programming is not serving the needs and interests of migrant viewers very well and a review of the program mix and overall on-air presentation is overdue.

But only SBS has the right mix of talent and people to make that change, whereas the ABC does not.

I am deeply distressed by SBS primetime television having taken the shift to English language programming in recent years. It has now left the migrant broadcaster vulnerable to an expedient takeover by the ABC.

If successive SBS managements and governments had done the right thing and ensured its programming was in line with its charter, Scott and other former ABC managers wouldn’t have been able to provoke this discussion.

Nevertheless, our firm position is that the ABC is not the right organisation to take the reins of migrant radio and television in this country.

The ABC’s output does not reflect Australia’s multicultural society and they certainly fail in employing people from non-English speaking backgrounds.

The fight to save SBS has only begun. #noABCSBSmerger

Steve Aujard is a former broadcaster and has worked in commercial television and at SBS. He is President of Save Our SBS, a not-for-profit organisation of 62,000 people in all states and territories and the peak body for supporters & friends of SBS – www.SaveOurSBS.org The ABC wants to gobble SBS, not save it