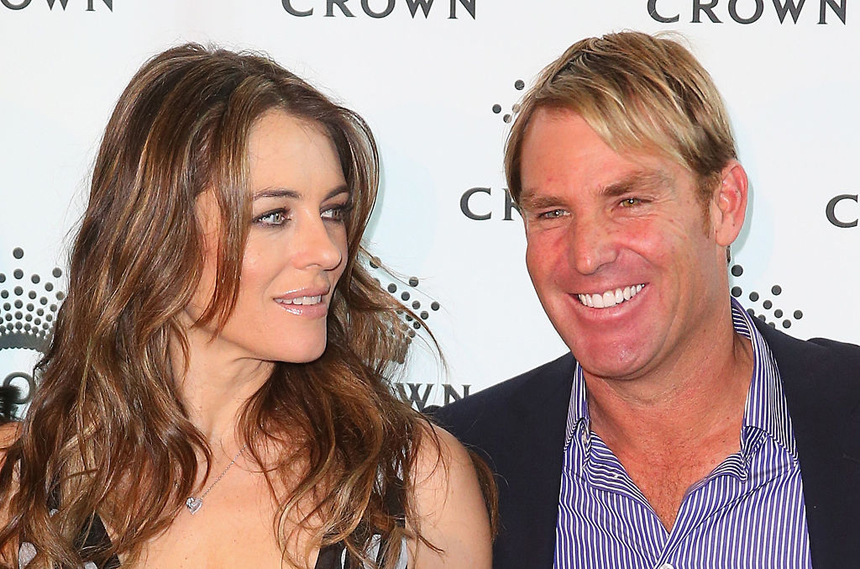 Shane Warne has revealed Hugh Grant used to stay at his ex-girlfriend Liz Hurley’s house while they were together.

The cricketer, who dated actress Hurley for four years between 2010 and 2013, opened up about the uncomfortable situation on Thursday night’s episode of I’m a Celebrity … Get Me Out of Here!

“It is hard on a new relationship when you are really good friends with your ex,” Warnie confided to contestants Havana Brown and Laurina Fleure.

“Elizabeth was really good friends with Hugh, he was like her best friend.”

Hurley and Notting Hill actor Grant dated for 13 years, and remained friends despite Grant being caught soliciting a prostitute while he was with Hurley in 1995.

Warnie admitted the pair’s continued close relationship sometimes put him on edge during their relationship.

“When I used to go back to Australia, Hugh would come and spend the weekend at the house and I was like, ‘what’s that?’” Warne said.

“And then she said he feels uncomfortable. What’s going on?”

Warne said he is still good friends with Hurley, and described her as “a cool chick”.

Warne has two children with his ex-wife Simone Callahan.

His time in the I’m a Celebrity house has been punctuated with rumours he is being paid $3million for the show.