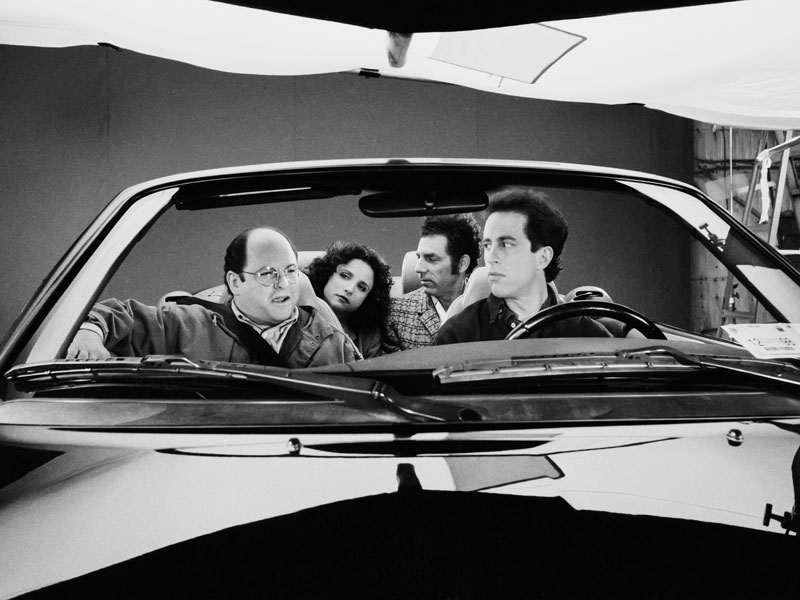 He might be balding and moody, but that is exactly why George Costanza was the perfect muse for a new Melbourne Bar.

George’s Bar, in Melbourne’s north-east suburb of Fitzroy, was partly inspired by the cantankerous Seinfeld character and features paste-ups and quotes from him and the hit TV show.

Co-owner and operator Dave Barrett said Costanza was the most appropriate character to name the bar after.

“I think he is probably the most suited of any of the characters … his humour is fairly dark and dry and fits in with a bar, it probably works more than any of the other characters would,” he told The New Daily.

“Also, when we were developing this new venue, one of the names we came up with was George’s, and we to some extent worked backwards on ways to market that and so to some extent that is where George Costanza came into it as well.”

It has been open for about a week, but its popularity rose significantly following “viral stories” about the quirky theme.

The Seinfeld regular built up a reputation as a hapless punchline of life, even referring to himself at one stage as the ‘Lord of the Idiots’.

Fans of the show would recognise the artworks and quotes inspired by Costanza, Mr Barrett said, which included the quotes ‘If you believe it, it’s not a lie’ and ‘Everyone must like me, I must be liked’.

The theme even extended to the menu.

“We have got toasties available too, which are all $5 each, because George is a bit tight on paying for things, so we have gone with a cheap toastie menu,” he said.

“They are all named in honour of him – there’s the Castanza, the Mom and Pop, the Quitter, the Art Vandalay – that tie in with quotes or other things from the show.

“We are doing the same with the cocktail menu as well.”

But despite the novelty theme, Mr Barrett insisted it was a bar in its own right.

“It is quite a solid bar set up as well and we have got a really good bar team in there, but having some George Costanza homage theming in there as well, we have definitely had a pretty massive reaction,” he said.

‘What a hit’: Albanese on attack after dire wages data
Inquiry into mother’s convictions over deaths of four children
Viagogo loses appeal over $7 million penalty
Sydney home sprayed with bullets in gang violence
‘Admit what the hell is going on’: Biden wants US to face White Supremacy problem
Device detonated, man arrested in Brisbane sieges
Why everyone is obsessed with Sherlock
Today's Stories