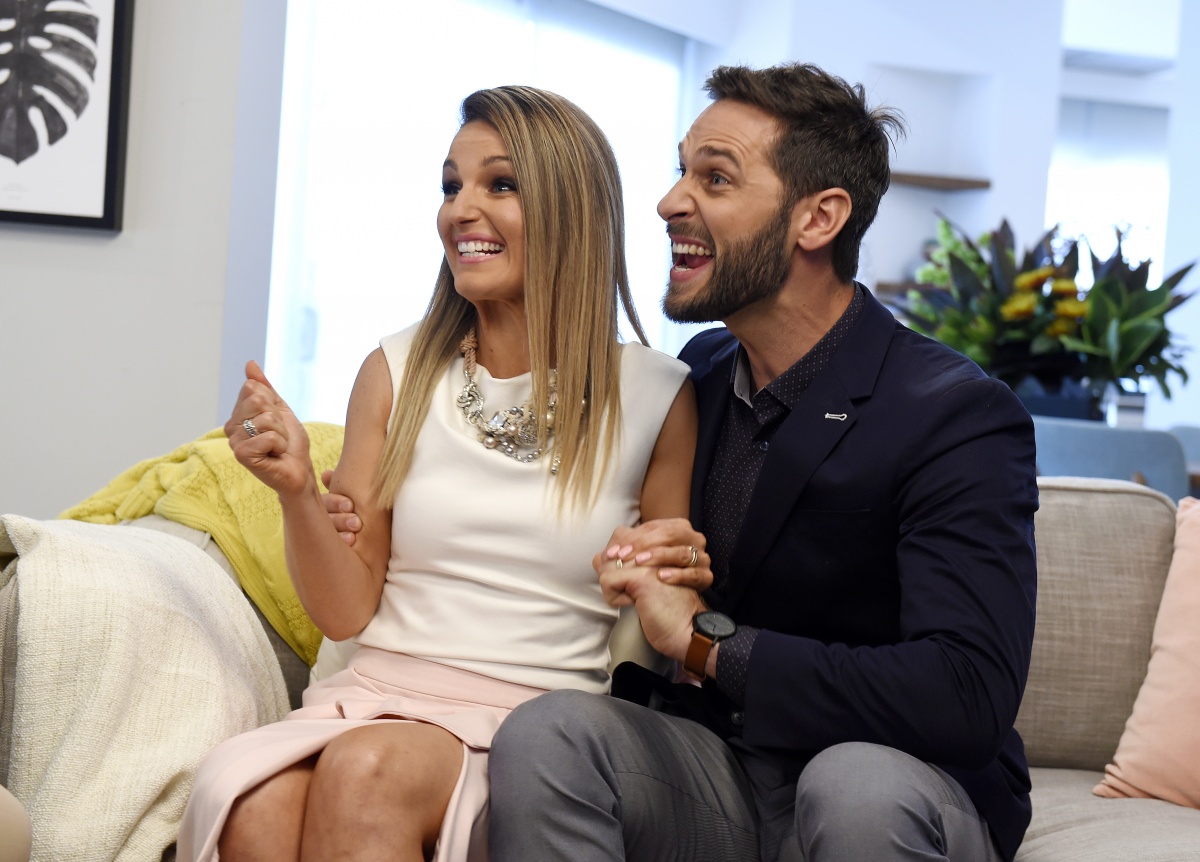 It was a night of capitalistic jubilation on The Block as the five Blocktagon pairs pocketed $2.539 million between them and the editing team worked their socks off to manufacture some silk-worthy tension out of this fat, contented and incredibly well-fed sow’s ear.

• The Block star: my relationship is over
• Bullies, booze, breakdowns – The Block goes wild
• The Block’s last chance for renovation redemption

But that comes later. That ending requires a beginning.

First, a quick review of the items going under the hammer.

Recently renovated, this former Melbourne eyesore is now a bedazzled beauty featuring all the mod-cons, including smart building technology … or is that sentient walls?

Look, we don’t know, we just heard Keith the particularly chatty and nosey foreman explain that “these apartments speak for themselves” and that’s a heck of a selling point – as is Keith’s promise that he’ll leave now.

Yes, welcome to The Block auction finale and farewell to the ratings year. And possibly to the series.

We open, with an apology.

Suzi is sorry. Very sorry. Not sorry enough to actually mention what she’s sorry for. (We’ll give you a hint it rhymes with: flaked photos on a goat).

The couples run out of one location and into another in the time it takes for Nine to cross-promote a new channel, and find their reserves.

After that Scott rambles ($100,000 prize on offer yada yada) and Shelley rambles (Who do the random people standing around think will win? No you’re right, we don’t care.)

Then it’s auction time. Something that has come around mercifully swiftly.

APARTMENT ONE: CARO AND KINGI

Caro and Kingi go first but not before a lot of file footage shows us how they gained the right to be first off the rank.

The auction starts well with an opening bid of $1.5 million taking us straight into profit. It soon jumps to $1,700,000 only to be interrupted by Nine informing us they intend to gather the village idiots for a meeting, otherwise known as The Verdict panel dissecting the news from 2015. Suddenly I want this auction to last forever.

WHAT IT MEANS: For Caro and Kingi, their own mortgage is paid off. For the publicity team there’s a big number to sing about. And for Scott … an awkward moment where he tries to do maths out loud like Shelley does and stumbles.

Suzi and Vonni step into a small metal box that is either an elevator taking them down to the auction or the detox cell that Suzi has been kept in for the last few weeks. They emerge at Scott’s sofa of confession.

There is some discussion of any prize money being used to help out Suzi and Vonni’s kids who we presume have fallen on hard times back in Queensland after the pair forgot to arrange for the neighbours to water them once a week.

A multi-coloured tie attached to a bald man then opens the auction, with the first bid netting the girls $30,000.

Soon it’s $220,000 profit. Bids are made. Shelley does maths. The Block-heads cheer and squee as the combination of loud noises and movement dazzles their sleep-deprived brains.

Finally a generous older couple agree to end the pain, for the meagre fee of $1,829,000, which gives the mums a profit of $349,000 to spend wisely and frugally on their children.

Let’s say that again, all together, with hope in our hearts: Wisely. And frugally. ON THEIR CHILDREN.

WHAT THIS MEANS: For Suzi and Vonni, apparently they are going to Disneyland. I just hope they go home to their kids afterwards. For the tabloid editors of Australia, a likely run of stories about the newly reformed Suzi and her eminently sensible and subdued investment portfolio.

Shelley identifies them as ‘the golden couple’ who have played this game to perfection. Now Dean and Shay have dollar signs in their eyes and the keys to the penthouse burning a hole in their pocket.

This auctioneer has everyone revved up. He’s singlehandedly fixing the economy and charming the professional bidders. Bids go up and up until they hit the $2.3 million mark meaning a profit of $655,000.

WHAT THIS MEANS: Money, money, money! Money for everyone! If you’ll excuse me I’m just going off to fill in an application for The Block. Oh and they’re pretty likely to win the $100,000 prize as well.

The Tinder once-were-couple sit down on the sofa and engage in small talk with Scott, before holding hands, gazing deep into each other’s eyes and announcing that they have broken up. Shock. Horror.

The first bid makes them $60,000 and faster than you can say “swipe right” the bidding rocks along and the pair have $100,000 each to renovate their profiles.

WHAT THIS MEANS: Whitney is going to pay off her parents’ mortgage. Andy is going to “invest in some businesses” and travel.

These guys generously swapped auction order spots with Caro and Kingi. It’d be really mean to point out what a mistake that might prove to be. So Scott points out that may have been a huge mistake.

… oh man, they’re not even showing the lack of action at the auction…

… THE EYES. MY HEAVENS THE EYES!

I’m even feeling sorry for the auctioneer whose audio is turned down to the point that he sounds like a race caller on a radio in a far room.

You can depend on that.

The whole thing drops to slow-mo and strings and then an ad break reminds us of the real tragedy: The Verdict is on next.

Then approximately nine years later, would you believe it, another bidder emerges.

No really. They lied to us. On reality television.

Then it gets crazy, bidders toppling over each other.

WHAT IT MEANS: Everyone is happy for each other. Shelley declares it a “bloody awesome auction day”. Scott declares the total prize money a little over $2.5 million and his vague generalisation is essentially correct.

Scott also promises that “we’ll be back next year with a new series of Reno Rumble”.

What’s that? No mention of a new Block? Could the Blocktagon also be the Block gravestone?

Are we ALL really winners tonight? In the money: Dean and Shay win The Block