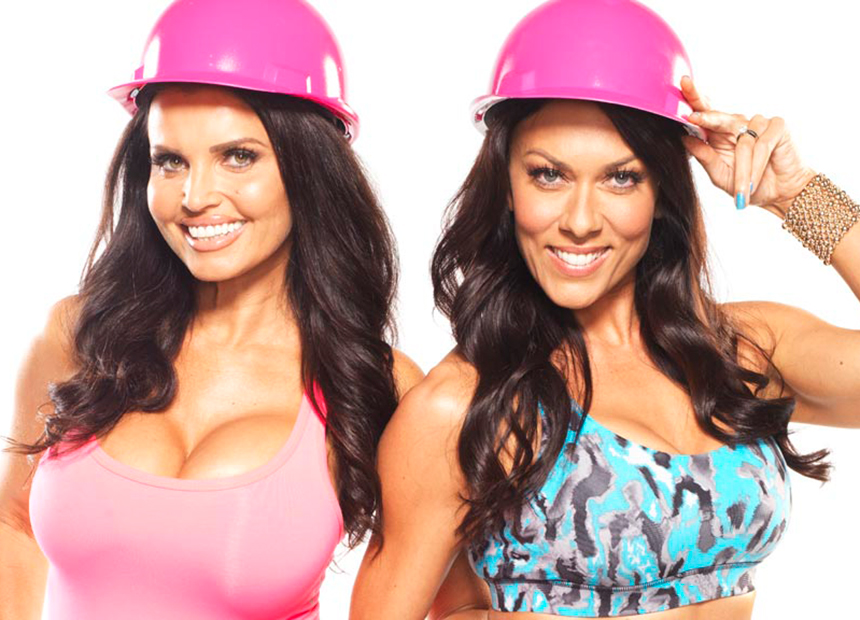 Controversial The Block contestant Suzi Taylor is being “scaled back” from the Channel Nine reality show.

Reports suggest Ms Taylor’s refusal to apologise for explicit photos of her scantily clad on a boat after Oaks Day catalysed the decision.

A Channel 9 spokesperson told the Daily Telegraph that Ms Taylor would not be taking part in any promotional activities until the show’s climax – the auction.

• Booze, bullies and The Block
• ‘It made my blood boil’: Sam Frost slams Maxim mag
• You should watch this incredibly twisted show

Ms Taylor, a ratings grabber who is paired with Yvonne Cosier on this season’s show, is a former Penthouse model and self-professed exhibitionist and party girl who grew up on the Gold Coast.

However, reports suggest Channel Nine became increasingly concerned by Ms Taylor’s heavy partying during this year’s Spring Carnival, so soon after collapsing on set and being hospitalised for “exhaustion”.

Of the photos, which showed her naked for the most part, Ms Taylor said, “I’d had a huge day and was a bit under the weather, but I am an exhibitionist and I am a fun-loving girl.”

The former model said she was shocked to learn the images had been shared, as they’d been taken by a “close friend” and were not meant for public consumption.

“They’re not the most flattering photos of me, I’ve got plenty more beautiful photos,” she told the Gold Coast Bulletin.

“I’ve definitely had words with that person. I’ve got to choose my friends a bit better,” she said.

“It’s a lesson for me in life to choose my friends wisely.”

The contestant told the Daily Telegraph Channel Nine had been very supportive.

“I am in capable hands. Channel Nine are wonderful people,” she said.

“They are my family in ­Melbourne.”

Suzi’s The Block commitments ‘scaled back’