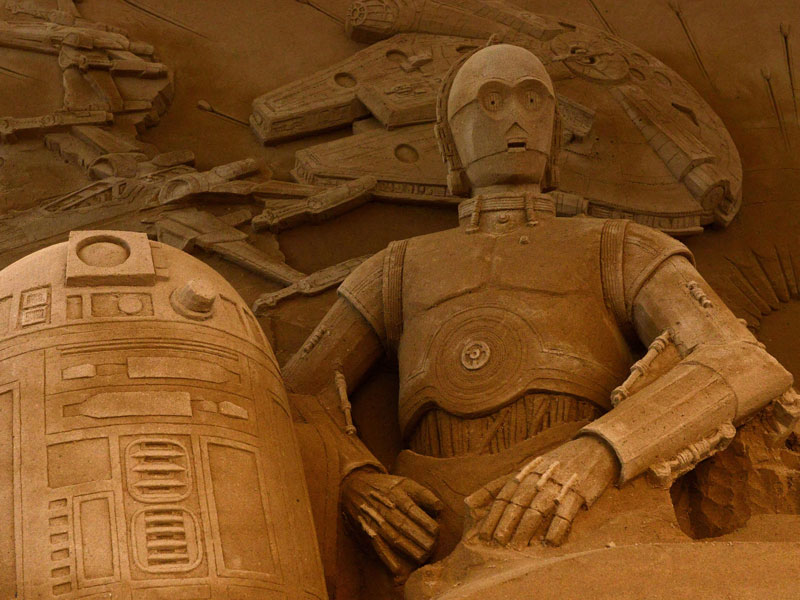 The Star Wars cult film franchise has continued tradition in the release of the latest promotion poster for The Force Awakens.

Similarly to previous films, the poster is a mash-up of the key themes and characters, which has prompted speculation from fans looking ahead to the next instalment.

It will be the seventh in the Star Wars series and the first in the third trilogy.

It showcased “an awakening of the dark side… and the light”, according to the official Star Wars website.

Rey, the spaceship parts scavenger dropped onto the desert planet Jakku and played by Daisy Ridley, was front and centre, riding the border between the light and dark sides of The Force.

Meanwhile, an orb hidden in the top corner of the image also piqued fans’ interest.

The official site mentions the ‘starkiller base’, described as “an ice planet converted into a stronghold of the First Order and armed with a fiercely destructive new weapon capable of destroying entire star systems”.

Tickets went on sale this week for special screenings ahead of the December 18 premiere.

The Force Awakens is set about 30 years after the Return of the Jedi.

See the poster below.