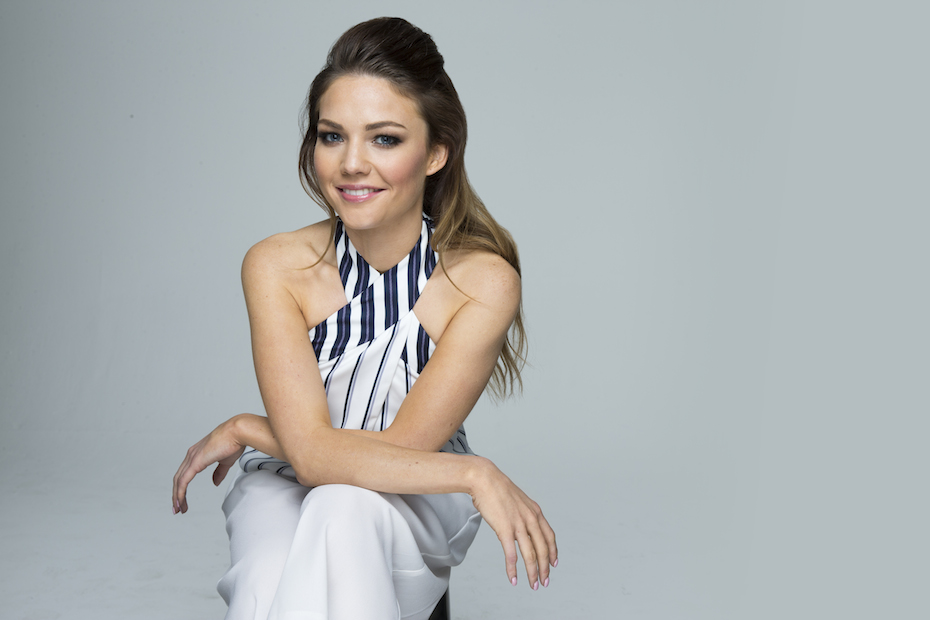 On Wednesday night’s episode of reality dating show The Bachelorette, Sam Frost (the bachelorette in question) opened up about the loss of her beloved stepdad at the age of 55.

As Frost’s aqua blue eyes brimmed with tears, households around Australia let out a resounding chorus of “awwww”.

Later in the show, she eliminated Dave the plumber and personally walked him out of the mansion, telling him she had a “soft spot in her heart” for him and wishing him luck in love.

It’s just another day in the life of the 26-year-old, who has has amassed an impressive following – 28,000 on Twitter and 259,000 on Instagram – since appearing on screens last year as a contestant on The Bachelor.

Left heartbroken and humiliated after being proposed to and unceremoniously dumped by Blake Garvey, Sam had television specials, hour-long interviews and magazine covers even before she got her own show.

It’s somewhat ironic the Victorian beauty is struggling to find love when she has the entire nation wrapped around her little finger – and she’s not even trying.

Media coverage of Frost is rarely critical, especially when compared to Blake Garvey – who at one point earned the moniker “most hated man in Australia”.

It’s official: Sam Frost is pure television gold. The girl next door with an attitude, attractive but approachable, switched-on but with just the right amount of bogan.

In her 2014 essay for The New Yorker, Rebecca Mead examined this concept which is, technically, not even a word.

“Relatability – a logism so neo that it’s not even recognized by the 2008 iteration of Microsoft Word with which these words are being written – has become widely and unthinkingly accepted as a criterion of value,” Mead wrote.

She explains that peak “relatability” means the viewer sees the person “like a selfie: a flattering confirmation of an individual’s solipsism”.

Herein lies Frost’s appeal. She is the everywoman with an edge. The edge being that she has her own TV show and several blokes vying for her attention.

Women want to be her and men want to be with her. Frost’s “relabitility” is such that she makes everyone believe both are possible.

1. When she was dumped on national television by Blake Garvey

Frost admitted on the season premiere of The Bachelorette: “He did absolutely break my heart.” 2. When she decided to return to national television despite the heartbreak

Because Australians love a comeback story.

3. When she counselled contestant Drew through his fear of heights

This was after initially asking him to jump off a cliff for her. 4. When she dumped David, the “international model” with serious attitude problems

Producers may have told her to keep him around for entertainment value, but Frost echoed everyone’s thoughts when she sent him packing. When he rudely told her he was happy to be leaving, Frost merely smiled and responded, “thank you so much, it’s been a pleasure”.

5. When she admitted to being unable to cook and made a toasted sandwich instead

Modern women around the nation hugged their microwaves in celebration. 6. When she posted a no-makeup selfie

Because she was worried young girls were looking up to her for the wrong reasons. 7. When she eliminated Davey from the show – off-camera How The Bachelorette won Australia’s hearts