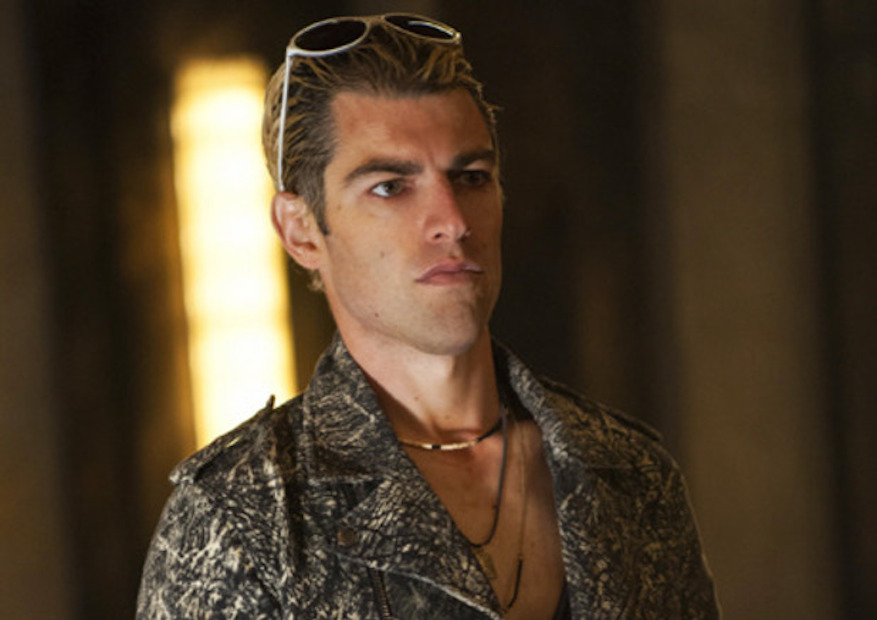 The premiere episode of US horror-comedy series American Horror Story: Hotel has the internet world up in arms after it featured a disturbing rape scene 25 minutes into its debut.

The show, which screens on pay TV channel FX at 10pm (US time), is known for pushing the envelope but even diehard fans are wondering whether the shocking scene in the show’s premiere was necessary.

The scene in question features actor Max Greenfield’s character, Gabriel, a heroin addict, being raped by a demon wearing a spiked sex toy.

Meanwhile, actress Sarah Paulson’s character, Sally, a fellow addict, looks on and whispers: “The more you scream, the more he likes it.”

Back in August, the show’s co-creator Ryan Murphy warned viewers what was coming, saying the new season features the “most disturbing scene we’ve ever done”.

According to Murphy, the rapist featured in the scene is a mythical creature called “The Addiction Demon”.

“He is a representation of that and what people go through fighting addiction,” Murphy said. “It’s not done lightly or blithely. I think it’s very powerful and strong.”

“I took to Twitter, as one does, to complain that the scene was basically treated as a joke, because isn’t gay rape so funny. Immediately someone responded that, um, the scene wasn’t meant to be funny, to which I say pfffffft again,” Lawson wrote.

“If the scene, and the whole episode, wasn’t meant to be at least amusing, then why cast Greenfield, a comedic actor, to play a Brant brother–type only to quickly punish him with a horrific—and, again, incredibly graphic, given that it aired on basic cable!—rape?”

If this article hasn’t deterred you, you can watch the entire episode on Australian TV tonight, at 9.30pm on Channel ELEVEN.

Sooooo are we going to talk about that rape scene on #AmericanHorrorStory #AHSHotel because….yeah. That made me uncomfortable.

This isn’t the first time a popular television show has been criticised for its use of sexual violence. The show runners of HBO’s Game of Thrones were slammed for a season five scene in which teenaged character Sansa Stark was raped while another man watched.

I watched American Horror Story last night, and I was horrified, but not by the story. Sorry, but graphic rape scenes go too far. Ugh. Sick. — Kathleen McKinley (@KatMcKinley) October 10, 2013

Watch the show’s opening credits below