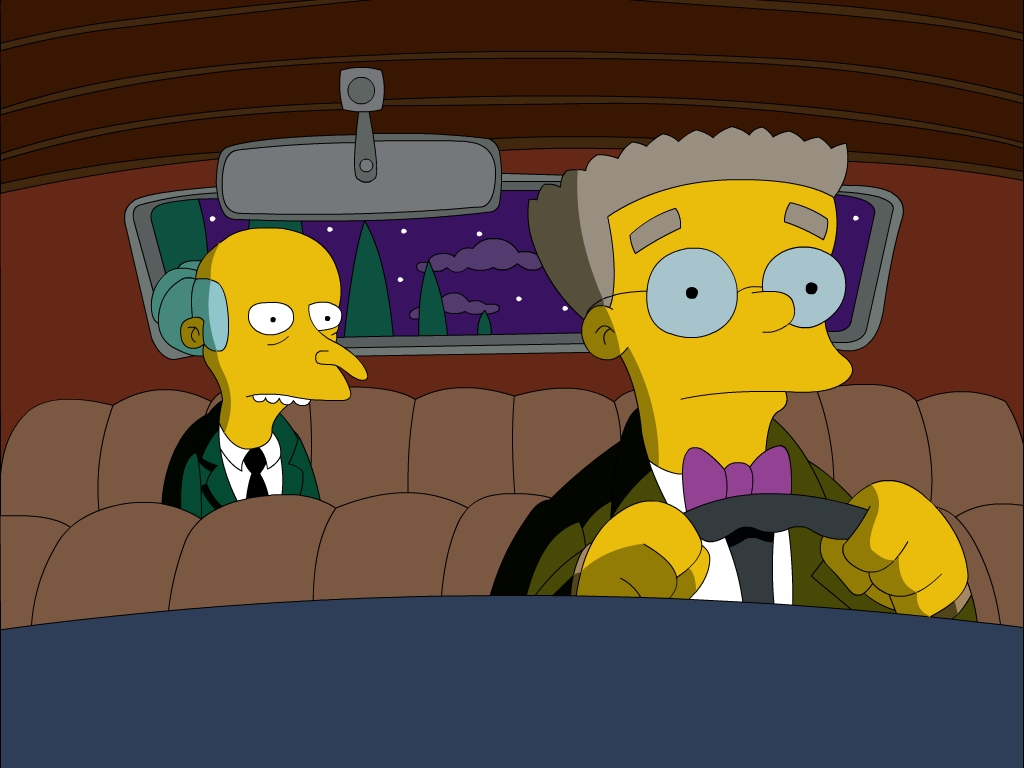 He’s been in the closet for more than 20 years but in an upcoming episode of The Simpsons Waylon Smithers – Mr Burns’ long suffering assistant – will finally reveal he is gay.

The Simpsons’ executive Producer Al Jean has revealed that Smithers, whose unrequited love for Mr Burns has been an ongoing theme throughout the show, will talk about his love for the same sex over two episodes in the upcoming 27th season.

In an interview with website TV Line, Jean talked about the secret everybody (except Mr Burns) seems to know.

• Mr Burns is back for $40,000 per episode
• If The Simpsons were an average Aussie family
• Marge and Homer Simpson are breaking up

“We deal with that in two episodes. … We actually do a lot with Smithers this year; he gets fed up with Burns not appreciating him and considers his options,” he said.

Other surprises in store include Marge and Homer’s marriage split (and divorce) and loyal Kwik-E-Mart employee Apu’s fight with brother Sanjay.

It leads to Sanjay’s son, Jamshed taking over the store.

“He doesn’t speak like Apu and even disrespects his way of speaking.”

There’ll also be an episode where Marge ends up in prison (apparently she lets Bart play in the park on his own and gets arrested for it).

Jean said the story was based on a column written by Tuesdays with Morrie author Mitch Albom that dealt with the issue of a mother being arrested for letting her 10-year-old son play in the park while she was at work.

“Albom was saying, ‘When did it become illegal to let your kids play in the park when they’re 10? When did kids have to be on a leash every minute?’ So that’s the basis of our story,” he said.

Beloved Simpsons character to come out of the closet