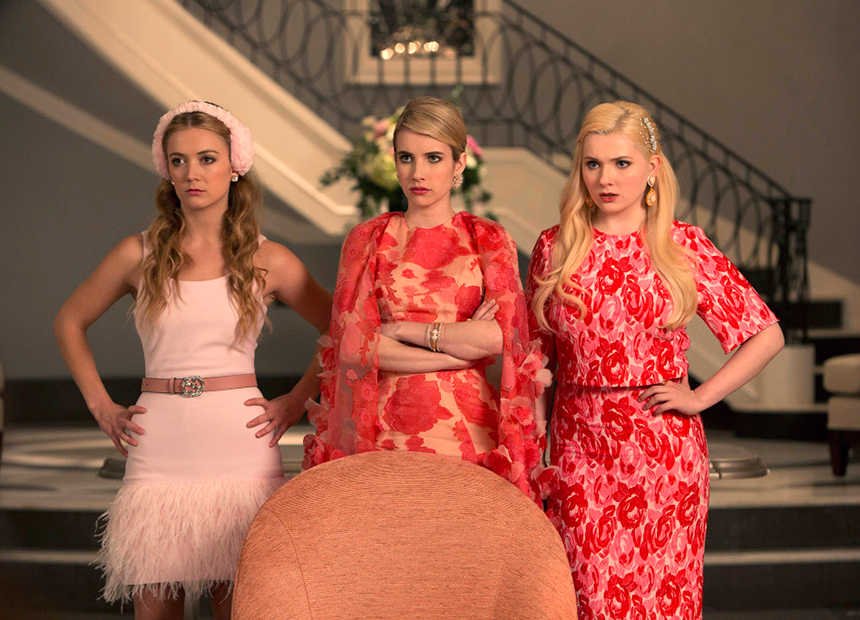 As the world buckles under the weight of technological innovation and a never-ending buffet of premium television – all delivered in byte-sized digital chunks via streaming video-on-demand services – it’s easy to forget that some of the best TV around is still available on free-to-air TV.

That’s correct, some of history’s greatest television shows are there for the viewing, right now, and won’t cost you a cent to watch. SVOD, VOD, Pay TV, pay-per-view, download-to-own… it can all be a bit much and a bit costly.

• The Block’s last chance for renovation redemption
• Celebrity Apprentice: reality TV just got even dumber
• Ten all-time television greats you can binge on

Our free-to-air channels – Seven, Nine, Ten, SBS, ABC and Channel 31, and all their digital offspring – may not be able to fire up the kind of TV marketing juggernaut that Netflix et al are capable of, but that doesn’t mean that quality TV is out of their reach.

Sure, you’ll have to sit through commercials – either of which could cause severe allergic reactions – but at the end of the day, free is free, and quality is quality.

Whether it’s a brand new series or cult show, there’s still life in free-to-air TV yet. Here are some of The New Daily’s top picks.

After the sudden passing of his wife, newspaper columnist George Turner (AFI Award winner Erik Thompson) packs up his family and moves to the fictional town of Weld in New Zealand, only to find his dreams of starting afresh quashed by misfortune, accident and a little existential angst.

If you’re a fan of TV thrillers with a touch of humour, look no further than the ABC. Miss Fisher’s Murder Mysteries follows private detective Phryne Fisher, who employs her shrewd deductive skills to unravel criminals and their plots. Intelligent, witty and sassy, it’s an addictive watch.

Favourites on the Australian comedy scene, Sammy J and Randy play comically mismatched housemates in this brand new series from Aunty’s Freshblood initiative. As cliche as the set-up sounds, the pair prove perfectly matched to deliver an irreverent take on an old trope.

GEM in Perth and Melbourne

A series that defined TV comedy in the ‘80s, Edmund (Rowan Atkinson) forges once more into the bosh as he navigates day-to-day life in the Army while being thwarted at every turn by nitwits and layabouts. Featuring some of Britain’s greatest comics, current rumours suggest a remake is in the works.

Based on Tolstoy’s Anna Karenina, this six-part drama is a frank meditation on the realities of modern relationships and the causality of infidelity. Passion, love, envy and betrayal are viewed through the prism of family. With a cast of well-known faces and a creative team responsible for many Australian hits (Offspring, Puberty Blues), this steamy series may leave you hot under the collar.

If you’re not a fan of our local chat shows or anything from the States, Graham Norton is for you. With razor-sharp wit and the occasional barb, Norton takes a slew of international guests on a hilarious whirlwind with none spared his all-seeing sarcasm.

Put aside any misconceptions you have about community television, because this is where Australia’s hottest talent cut their teeth. Rove McManus, Hamish and Andy, Corinne Grant, Tom Ballard, Jo Stanley and many more award-winning comics started on shows like About Tonight. Catch it for tonnes of laughs and to witness new stars on the rise.

There’s a reason this animated adults’ show has endured for over 18 years. Relevant, cheeky and always stepping over the line, the inhabitants of the titular American town offer a petri-dish analysis of social, political and racial issues, usually taken to absurdity to prove the point.

This comedy has gained ground since debuting in 2014, earning a solid place alongside other successful series from Working Dog, like Breaking News (Frontline) and The Hollowmen. Starring Rob Sitch, Celia Pacquola, Luke McGregor and Dave Lawson – among many other top Australia comedic talents – expect an irreverent look at corporate and governmental bureaucracy with a side of pathos.

From the mind of the man behind Glee and American Horror Story comes this completely warped horror-comedy about sorority girls being terrorised by someone in a red devil’s costume. The show’s biting humour is risqué and entirely politically incorrect and the murder scenes are unabashedly gruesome – this is pop culture satire at its most extreme. Look out for Jamie Lee Curtis as the jaded dean of the doomed college.