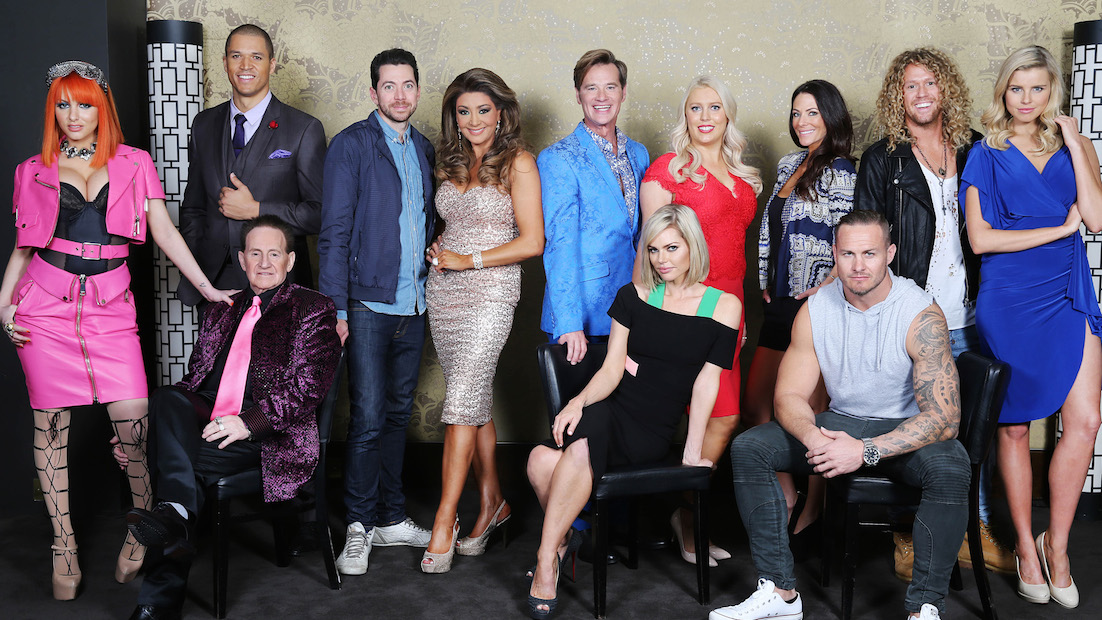 Take one relatively successful reality show format. Rest it for a year because, well, Australia only has so many celebrities. Then poach “stars” from a bunch of other network’s shows and – hey presto – you have a winner.

At least that’s the theory.

For if the rival shows you are harvesting talent from are Home and Away, The Bachelor and The Real Housewives of Melbourne, you may have something else. In fact, when combined with the stars of Nine’s own Big Brother and Today show, a disturbing trend begins to emerge.

Let’s just say if you’re looking for the Celebrities in their downtime, you’re not going to find many of them in the library.

In fact some of them may be afraid of books. Perhaps even screaming at the sight of them and flying into an incoherent rage. Or as Gabi Grecko calls it: Wednesday.

Speaking of which, while we expect the TV stars who sign up for these shows to be spare network talent and those whose contracts with other networks have expired, the “real world” celebrities are often the type to bring variety.

So in 2015 we get a Miss Universe, an NRL star and not one but two Edelstens.

All up it’s pretty clear that someone took a strong look at the first three seasons of Celebrity Apprentice and decided it had one Achilles heel.

It was too smart.

After three seasons Celebrity Apprentice has surprisingly built a decent reputation among those who deign to watch it for revealing a side to the B-List celebs (okay C and D as well) appearing on it that they may not wish seen. This has become a test for actual competence (or its absence), for the ability to work with others … even the ability to do work at all.

Oddly, this most manufactured of “reality television” has arguably more capacity to demonstrate actual reality, albeit of not-so-real celebrities, than its peers.

On Celebrity Apprentice, some of these ever-so-slightly-taller poppies can get found out in one strop or tantrum chucked in the name of charity and effectively cut themselves down.

On the evidence of episode one of season four however, it’s changed. Now the challenges are just montages of stupidity – and book allergies – while the boardroom is all about poking the freaks until they scream at each other. There were no insights. The edits weren’t designed to show skills so much as skin.

The challenge and the premise of the show has been dialled back to a whisper – despite the all-new manly voiceover – and it now just feels like a whacky, zany obstacle course where everyone is invited to wear the most inappropriate clothing they can.

Send in the clowns

The best thing for an Australian to discover about a supposed celebrity is that they have a genuine self-awareness, ideally a self-deprecating sense of humour. That quintessential Australian ability to laugh at yourself. Heaven help the self-proclaimed star who can’t at least crack a grin when they come a cropper.

To that end the producers have traditionally thrown a few comedians into the mix. The likes of Peter Berner, Fiona O’Loughlin, Julia Morris and Vince Sorrenti brought not only actual brains to the teams but also cracked wise. Like the fools of old in the Royal Court, they said what everyone was thinking. In season one Morris even broke the rules of foolery by also taking the throne.

This year the closest thing to a comedian in sight is whoever is in charge of dressing Grecko.

As well as being light on celebrity this is a list of candidates light on wit. James Mathison can deliver occasional barbs aimed at colleagues as he showed on the ill-fated Breakfast but isn’t likely to have Sean Micallef looking over his shoulder, while Mel Greig is sure to still be a bit gun shy when it comes to making any kind of joke at the expense of others after her involvement in the infamous royal hoax.

As for the rest, Geoffrey Edelsten and Gina Liano are certainly sharp operators professionally, but that’s more likely to make them subjects for comedy not the deliverers.

Certainly as team leaders on this evening they could have used a bit of sniping or white-anting to make them more watchable.

Sadly it would seem that by design, this year’s Celebrity Apprentice has lots its wits, of both a humorous and academic variety.

Reality television is dumb. It wears that on its sleeve.

But you have to be clever about the way you make it.