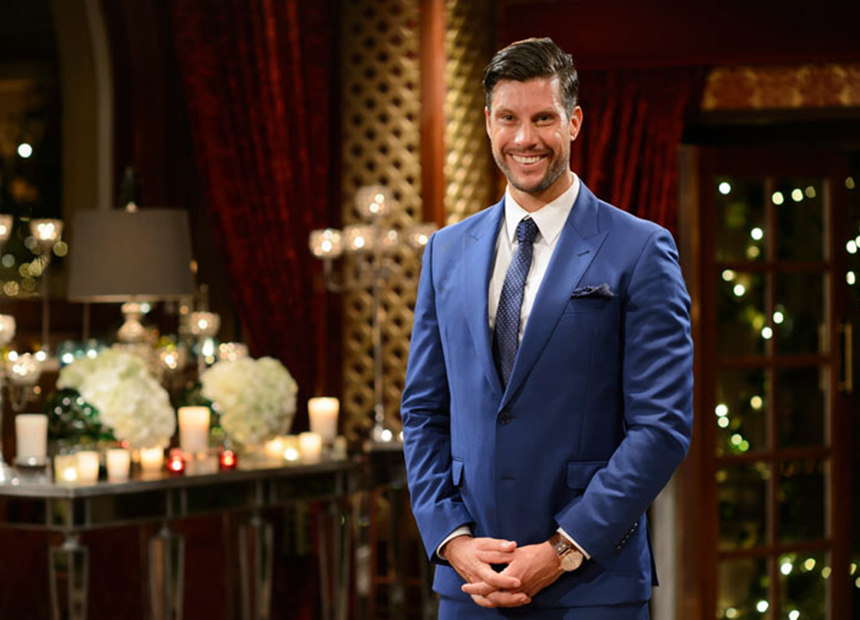 Is it staged or not? Is it exploitative or entertaining? Is it television trash or treasure?

The series, which pits women against each other as they fight over one man in the hopes of making him their husband, is one of the longest-running shows in reality television history, with 17 versions worldwide and several spin-off series.

Regardless of your opinion, the Australian version of the show continually pulls impressive nightly ratings thanks to its loyal, predominantly female audience who continue to tune in for the drama, cat fights and staged date nights.

Those are the existing fans, but securing new viewers is an entirely different challenge.

So, has Channel Ten made a show about boy problems and dating addictive enough to suck in even the most unlikely of viewers – five men who not only don’t watch it, but are ideologically opposed to it? Well, I was hoping for the Kerang train wreck but didn’t get it. I’ve watched the US version a few times and the Oz version with the climactic “Jilted Near the Altar Fall of the House of Osher Post Final Episode” when Blake dropped Sam.

I’m a screenwriter but I generally enjoy reality shows, which some would think are the harbingers of doom for TV writing, but I think quite the contrary. But what makes reality shows work is conflict and drama. And that’s the problem with this show. Zero drama. A pinch of conflict thrown in at the end.

The closest we got to sexy and intriguing is when Sam’s date with Sarah ended up with her blindfolded and sitting in a skirt shorter than Mark Latham’s career while trying to identify various wines and liquors.

There was a last-ditch effort to create interest by dropping in two ‘intruders’, one of which received the first rose at the end of the show.

And with Emily the Ad Exec (the only one I thought seemed like an inspiring Ashley Madison profile) suddenly taking a hike there could be but a bare flicker of hope for future eps.

Who would you pick? I would have picked Emily before she bolted for Intrigue Value Factor (IVF). But in a Sophie’s Choice I would have gone with Sarah because blondes always win in my book. Points for how often the words “Amazing, Shocking and Devastated” are used, especially in conjunction with phrases like “The opportunity for love”, “Share my life with” and “He is possibly the one”.

As for the Bachelor himself, I doubt I would hang out with the dude. He seems too nice and I doubt we would like the same things. Also, I’m not the smartest cookie but I’m not so naïve to believe that I would find true love on a reality show.

And “the intruders”? They were actually just new people coming into the house, no police were called and no animals were harmed.

The most enjoyment I got out of the experience was when the bitchy one left and the “Be Fresh” pads advertisement came on during the breaks.

I would have rather watched home movies of someone else’s family holidays.

Who would you choose? Heather would get my rose. She was normal and at one point mentioned rockets, monkeys and fireworks as good date ideas. After a quick search of #TheBachelor on Instagram, it seems the only proper way to do this is curled up on the couch with a glass of red. I comply.

The politics of the house hits me first. This group of fully-grown women behave like high school kids. They’re even counting who kissed Sam the longest (for the record, Nina for 4 minutes, 10 seconds).

The music is perfect. It switches from Hans Zimmer-esque tension to Coldplay to Vanessa Amorosi.

Lana the intruder says she’s a sales exec, then the subtitles tell us she’s a sale assistant. I smell CV fraud. I don’t like it and I don’t trust it. I need to calm down. Breathe.

Would I be mates with the Bachelor? His jawline is amazing, but there’s something eerie about a guy who speaks so simply in such chaos. You just can’t use phrases like “I’ve been busy” or “it’s an opportunity of a lifetime” to describe something that is fundamentally messed up.

But hey, I’m the guy on the couch with a two red wine stains on his shirt and single as f***.

Who would you pick? Emily is my favourite contestant. There was something disturbingly endearing about the storm-off. And that beauty spot definitely hits the proverbial spot. This is everything that’s wrong with the world.

These are just a bunch of bad actresses. Are we supposed to believe these are real people? Why is everyone on this show so serious?

This show is more intense than The Shining. It’s so hard to keep up with all these emotionally draining people. I don’t know how people watch this every night.

I don’t think my teeth are white enough to be the Bachelor but I would love to go on as the “Plan B”, like if Sam doesn’t take a girl on a date she has to go with me instead.

But the girls don’t know whether they’re going to arrive and get Sam or me, and that’s the best moment in the show; the look of disappointment when, “Oh, it’s f***ing Toby”…

And then I make them watch The Dish with me.

Who would you pick?  Emily. Because I think she would hate me so much that it would be pretty good television to force her to hang around and go on awkward dates with me for a week. They’d always be early in the morning too, she’d hate that. Oh wait – now she’s gone… I can’t remember the others except that Lana was a babe… Lana. If this were a scientific study, it would not pass an ethics review committee. Making women compete for time with one man seems cruel.

The Bachelor, Sam, declares he is here to find his soulmate. Mate, the odds are not in your favour.

This looks exactly like Big Brother. It even has a mansion and the same host, Osher Gunsberg. Why are these people even on this show? I’m told there is no cash prize. This is unfortunate.

Near the start of the episode, we’re told last week’s triple date went poorly. Sam was surprised this didn’t work out. I don’t think there’s anyone on this planet with the sexual competency to pull that off.

Now some girl is being blindfolded and fed wine. Is this show still rated PG?

And holy s*** balls that final rose ceremony is savage.

I would never watch this again, but I definitely got invested in these people very quickly.

Who would you pick? I’d pick Lana the brunette intruder, because she’s as new to this thing as I am. A previous version of this article included a reference some readers found offensive. It has now been removed. Apologies for any offence caused.

We forced five reluctant men to watch The Bachelor