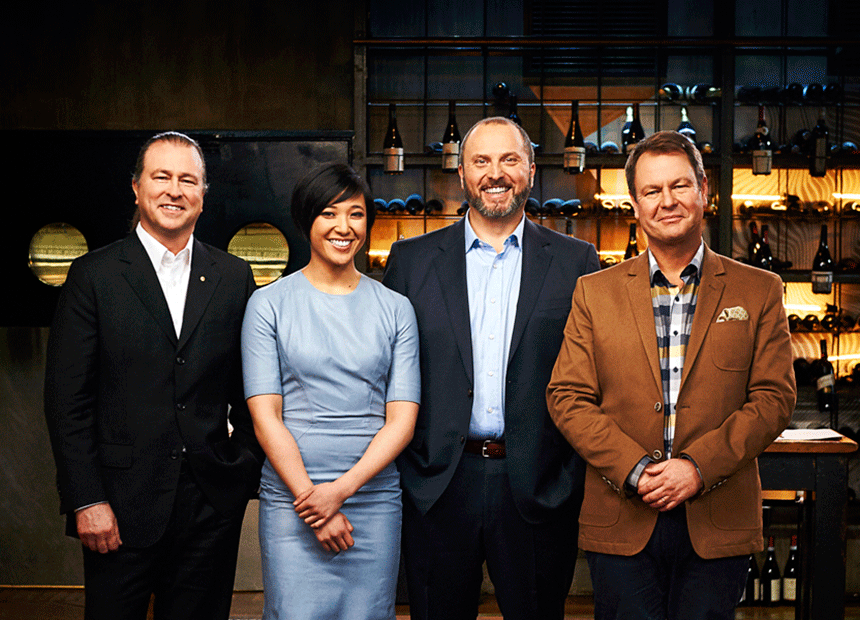 The Seven Network have in the past week successfully recreated Les Miserables for the small screens of Australia.

Sadly, this is not to say they have crafted a mega-hit on a scale to compare to Cameron Mackintosh’s smash hit musical production.

Rather, much like the students at the centre of the second half of Victor Hugo’s novel, they have staged a revolution with much fanfare, but minimal attendance that can only be described as a tragic failure.

By the time the fourth episode (renamed as Episode Three) aired on Thursday night, Restaurant Revolution’s audience had slipped to 415,000 across the five capitals, leaving it outside the top 20 and beaten not only by Nine’s also-struggling The Hotplate, but also the likes of Ten’s News at 5pm, Who’s Been Sleeping At My House on the ABC and Seven’s own Million Dollar Minute.

The latter show’s title may be some indication of what the network feels Restaurant Revolution is costing them.

It is no surprise that Seven have this week moved to mitigate the damage by slashing the weekly output of the show to two episodes (Monday and Thursday) rather than the intended four.

Slightly more surprising is that Seven have chosen to simultaneously launch legal action against Nine, alleging that The Hotplate has borrowed too many elements from the restaurant reality juggernaut both networks are trying to replicate: My Kitchen Rules.

Surprising only because it is likely to highlight the elements that MKR gets right, which Restaurant Revolution so spectacularly – or rather mundanely – mucks up.

For good or evil, Reality Television is a genre. It has rules and tropes that have been honed for decades now.

1. Every Cinderella story requires an underdog

Let’s start with the basic notion of reality television: It’s either Hunger Games or Cinderella.

The former sees a handful of contestants thrown together to try to kill each other off – usually metaphorically. Think Survivor or Big Brother.

The latter sees a handful of strugglers given the chance to prove themselves as princesses. Think The Voice or MasterChef.

The best shows combine both, a prime example being MKR. A bunch of nobodies are plucked from suburbia to prove themselves as chefs. They are then thrown into the culinary Coliseum that is the home restaurant rounds. And THEN they are asked to prove themselves in a professional kitchen. It’s reality squared. It works.

On the face of it, it would seem the makers of Restaurant Revolution have taken great pains to ensure they don’t deliver either model.

Clearly this is designed to be a Cinderella story. Yet from the outset the show has struggled to make these contestants seem like anything more than a few restaurateurs in the making who are looking to skip a few steps on the ladder.

While the sob stories that litter the audition rounds of The Voice and X Factor are oft maligned, they serve a purpose. They paint the contestants as victims in need of a fairytale.

Seven’s Revolutionaries just seem like people who need a bit of finance and publicity. It turns out a national primetime television series doesn’t guarantee the latter.

As for the potential for a Battle Royale – or even a lovers’ tiff – there is less than none. Restaurant Revolution makes the conversations on The Book Club look like a Ronda Rousey cage fight. The contestants are almost never in the same state, let alone the same room, so their ability to knife each other is, to say the least, limited.

With terrifying regularity in the first week, the contestants all gathered around a television – one in each restaurant – to receive the judge’s verdicts. It was like Gogglebox but somehow stupider.

Meanwhile, the host sat down at one computer and each judge gave feedback individually in front of digital displays outlining which state they were talking about.

3. Challenges should be challenging and interesting

In the first episode, the contestants received two challenges: choose a paint colour and write a business plan.

Seriously. It’s like they were trying to deliver challenges that were like watching paint dry metaphorically and literally.

The contestants met their builder and were told they had the hard job of making the decisions and arranging the finance.

That’s where we got the Business Plans. Shark Tank this wasn’t though. To quote Neil Perry, “you suck at pitches”.

4. You can’t kick off a revolution with text messages

Sure, that’s kind of untrue. Arab Spring certainly took advantage of the form.

Outside a suppressive Government State however, it takes a little more than a smartphone going beep to get the blood boiling.

You know that feeling when you’re with a friend, they get a message and they start mostly paying attention to their phone while still half-talking to you? That’s what Restaurant Revolution is like every time the contestants get a challenge that isn’t introduced by a host, but by a phone.

It turns out the show does have a host. Scot Jock Zonfrillo. If there’s one thing we’ve learned from the Union movement to Darren McMullen’s efforts on The Voice, the Scots can lead a revolution. Yet reduced to occasional voiceover, Jock sounds more like David Attenborough’s kilt-wearing cousin commenting on the otherwise banal action in front of him.

5. Don’t start with too many spoilers

Finally, as Les Miserables proved, it’s best if the fate of the revolution is unsure at the outset. When Restaurant Revolution aired episode one, it began with five or so minutes of exposition in a flash-forward style. We saw the contestants, the restaurants they were going to build and the public coming to eat in them.

At the same time we were told that we, the public, would have the opportunity to participate in the show once the restaurants opened to the public.

The thing is, if you show us the footage of the public IN the restaurant while you say that, it rather gives away the fact that the majority of it has already been filmed. It seems hard to accept we might play a vital role in these dramatic unveilings when they’ve already taken place.

A revolution is by definition an overthrow of one system in favour of another.

Restaurant Revolution has chosen to cast off the trappings of reality television. Away with your entertainment! Abandon your drama! Burn the bras of tension and action!!!

They just forgot the alternative. Leaving us to watch paint dry on a cargo container while a bunch of half-baked chefs explained their business plans to a flat screen inside.

Why Restaurant Revolution is revolting