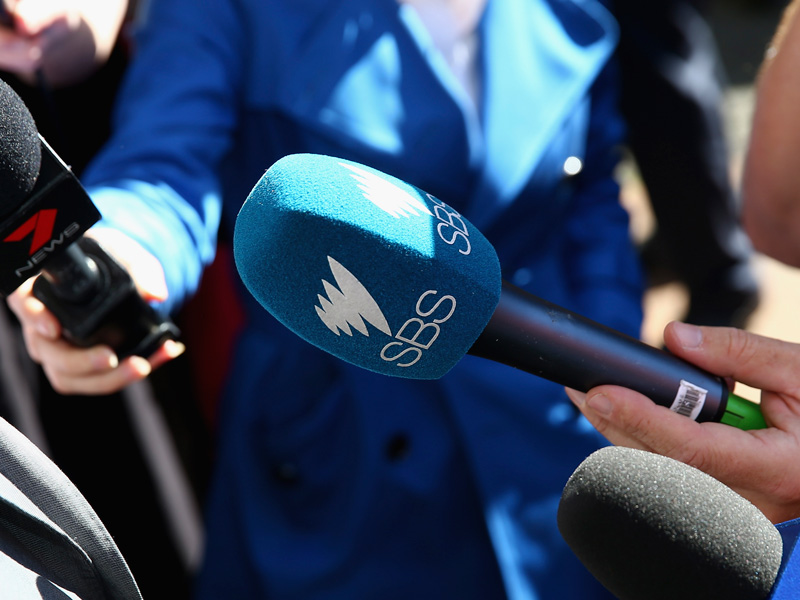 SBS has been dubbed Sex Before Soccer for so long that they’ve even run programming that riffs on the old joke. But for many Australians, SBS, the Special Broadcasting Service, is known as something else. The name changes but it’s usually something to the effect of “the subtitled channel with nothing I want to watch.”

• Did HBO just reveal Jon Snow’s fate?
• Foxtel looks for government salvation
• Netflix hacks: get the most out of your streaming

It’s a moniker picked up generations ago when it was hidden away on Channel 28 (pfffft, 28, like there could ever be that many channels!) on the other side of the dial (pfffft, like buttons will ever take off) that required you to fiddle with the rabbit ears to even get a fuzzy black and white version of it.

But come on. Tell me this wasn’t fascinating television:

Of course if it hadn’t been like that we never would have gotten Gustav the Naughty Herring and the Bulgarian Secret Police Interrogation Finals.

But times have changed.

Here are 10 reasons that SBS is probably the best thing on the box, or laptop, or smart phone.

It’s the Netflix subscription you already have

Subscription Video On Demand (SVOD) services are the new black in Australian television in 2015. You can’t move without stumbling over a Stan or Netflix or Presto. We’ve also had subscription cable television for 20 years in the form of Foxtel.

But for 15 years more than that you’ve been subscribing to SBS television through your annual fee known as “tax”.

The best part is, unlike the hundreds of dollars those subscriptions set the average taxpayer back, SBS costs you about $10 annually. And you don’t even need a computer or smart phone. It’s piped straight to your TV.

With the ABC – which costs you more – so rigorously shackled by government oversight and commercial media who perceive it as a threat, SBS seems to be free from many of those constraints.

While the ABC was shame-paraded through the streets of King’s Landing for Zaky Mallah’s appearance on Q&A, SBS managed to avoid such off-with-their-head criticism for featuring Sulayman Khalid on Insight. SBS is still able to cover the full spectrum of news and current affairs without being accused of failing Team Australia. Many will remember their parents extolling SBS for being the only place to get world news that didn’t involve royal weddings or births. The World News is still good for this but so is the internet. Now SBS has The Feed which makes the news stories the internet wants to share. It’s a brilliantly edgy, fun and fresh take on current affairs that proves it’s not just comedians who can lure an audience under 25 to the news. And who can make Lee Lin Chin into a meme. Watch this.

Programs That Are Newsworthy

The topical material isn’t just left to the news and news-like shows though. With programs like First Contact, Struggle Street and Go Back to Where You Came From the network provokes far more noise than those individual shows’ ratings and audience share would suggest.

By pushing boundaries they make headlines and shine a public media spotlight on ‘stale’ news topics. That’s not WHY these shows are made though. They’re made because they’re good content. Heck there’s even an interactive graphic novel on the SBS website called The Boat which is disturbing, challenging and somewhat likely to induce sea sickness. In fact it’s so good it’s surprising the government hasn’t yelled at them about it.

Programs that are fantastical

You will NOT see a renovation show or talent quest on SBS. Sorry. No Voice, Voice Kids or Voice Mime Artists, just the crazy musical madness of PopAsia.

Yes, they pick up the shows that take concepts to the weird and wonderful places. Where Ten has The Bachelor and … wait for it … The Bachelorette (where do they come up with these ideas?!) SBS has Chinese dating madness in If You Are The One.

And they don’t have MasterChef, they just have all the cooking shows that aren’t hosted by white people making beige food. Some of whom used to be on MasterChef.

Free movies … no not just subtitled ones

If SBS is a little like a cheap Netflix in its subscription, it’s a LOT like it in terms of service provided. Not only does it offer up three broadcast channels, but it also has an online VOD service, SBS On Demand.

There you can of course find the best foreign films from around the world, but also lots of the best escapist English language film making that no one could dare suggest is good for you. You can watch Attack The Block for free, right now without a subscription. And you should. Why aren’t you? It’s awesome. Seriously, what are you doing still reading this? Here’s the link. Go, watch, come back when you’ve Blocked.

A drama output that ten years ago used to hang its hat on one Austrian German Shepherd in the form of Inspector Rex has since noticed that the world of television has uncovered a treasure trove of golden goodies.

Unlike the other channels who responded by inserting head (A) into sand (B) they bought the rights to the shows that every other network said was too niche. Right now you can – and should – watch Bosch and Masters of Sex. There’s also sci fi goodness in 12 Monkeys. In recent memory they championed Scandinoir hits like Borgen, The Killing and The Bridge, grabbed the best of US drama like Walking Dead, Mad Men and Orphan Black and they still help Vikings invade our television each year.

SBS is doing comedy right. From commissioning the completely insane (and brilliant) Danger 5, to airing the glorious Black Mirror through to helping celebrities air their gripes in the “brand new series” Room 101 that is actually a really old series from the UK, but which is nonetheless good.

Plus, its website has an entire comedy section that is hilarious and edgy like comedy was meant to be. And in case you worry it’s all too high brow, there’s Housos … which was still able to make news.

* But they have done Eurovision so well for so long we, Australia, located at the very bottom of Asia, got to enter this year.

Sex Before Soccer (and cycling)

And they still do the stuff they used to do well. Friday night sex documentaries that are both informative and titillating? Check. Fantastic coverage of The World Game and all things football? Check. Tour de France and cycling madness for all you cyclopaths? Check.

So, that’s SBS, the essentially-free service to head to if you want comedy, sport, entertainment, thrills, great quality television (or mindless escapism) and independence from Rupert Murdoch and the government.

But you’re probably right … there’s nothing there you’d want to watch.

Why SBS is the best place on TV right now